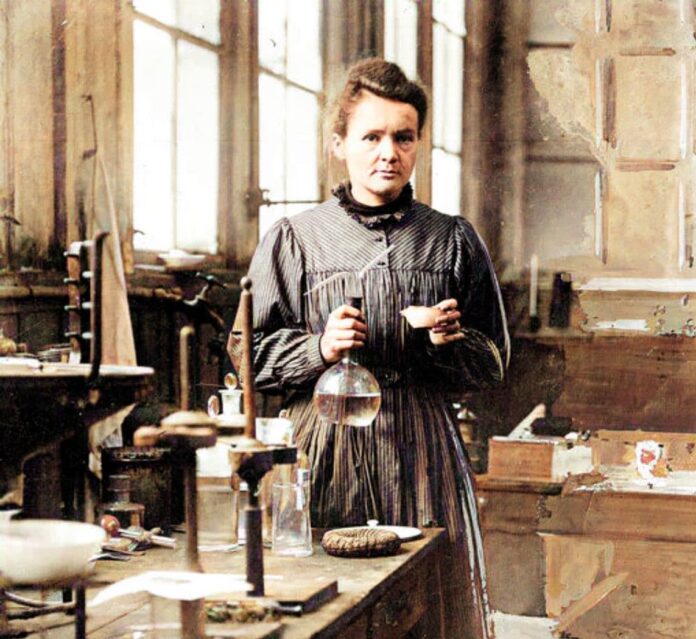 We are all thankful to the inventors who have invented so many helpful things that make our lives better. Little did we know that there are many inventors who were killed by their very own inventions. Inventing new things requires a lot of creativities, and risks also come along the way as well. Before you know it, the things you create are the things that end your life. Today I want to take you back to history and see the inventors whose killers were their own inventions. There will be 10 of them on the list, let me know which inventor you think was the most unfortunate.

What Alexander Bogdanov did was more of a genuine experiment instead of an invention, and it killed him. This Russian man was a physician, economist, philosopher, writer, a revolutionary, and he was one of the great Russian scientists. Throughout his life, he had conducted many experiments and one of which was the rejuvenation through transfusion of blood. He began the blood transfusion experiments with the hope to achieve eternal youth or at least partial rejuvenation.

Even his own sister was also among the volunteers who took part in that experiment. After undergoing 11 blood transfusions, he remarked with satisfaction by the improvement of his eyesight, suspension of balding, and other positive symptoms. One of the fellows wrote that “Bogdanov seems to have become 7, no, 10 years younger after the operation. His experiment was successful for a few years before it came to an end in 1926. He took the blood of a student suffering from malaria and tuberculosis which cost him his life. However, the student who was injected with his blood made a complete recovery.

Captain Cowper Phipps Coles was an English naval captain and inventor who was the first to patent a design for a revolving gun turret. He invented a rotating turret usable in ships, and he made a ship named HMS Captain. The ship needed many unusual modifications which were also dangerous, one of which was to create a Hurricane Deck. That very invention and design was the thing that killed him during his experiment. Cole died along with 500 other crew members when HMS capsized and sank while everyone was on board.

Also known as Francois, he was an Austrian-born French tailor, inventor, and parachuting pioneer with the nickname of Flying Tailor. He invented a strange overcoat or parachute hybrid, and claimed that it could sail gently to the ground. The Flying Tailor told the authorities that he would throw off a dummy strapped to his parachute hybrid. Turned out he lied, and he used himself in the experiment instead.

He climbed to the first initial deck of the Eiffel Tower to conduct his experiment in front of a small crowd. His parachute seemed to be only half-open, folded around him almost immediately as he jumped from the tower. He fell without any support from this parachute, so he struck the frozen soil at the foot of the tower. His right leg and arm were crushed, his skull and spine were broken, and he was bleeding from his mouth, nose, and ears. The man died instantly from the impact of the fall.

Henry Winstanley was a famous English painter and engineer who constructed the first Eddystone Lighthouse after losing two ships on the Eddystone rocks. After building the lighthouse, he wanted to test its strength in every kind of weather. He had great faith in the lighthouse he constructed, but it was destroyed during “the greatest storm there ever was”. He went to the lighthouse that night as to express his faith in his construction. The lighthouse could not stand against the storm so it collapsed and took its builder’s life and other 5 people with it.

He was a Welsh engineer and motor-racing driver who at one time held the land speed record. He invented a high-speed car gaining inspiration from his dream of crossing the land speed and records earlier set. John named his car “Babs”, and it was very unique and different from other cars out there. He then celebrated by driving the car around Brooklands lane that same evening despite his lack of headlamps. There were chains that connected the wheels to the engine, and people could see them as well.

He wanted to break the world land speed record of Malcolm Campbell and he succeeded, but Malcolm then made another record. So he attempted to break the record, and that was his last time in his car. While he was trying to reclaim the record, a chain snapped and hit his neck which killed him on the spot.

Karel was a Canadian professional stuntman who was famous for his invention the “Capsule”. He successfully used his Capsule to ride down Niagara falls which boosted his fame even more. He had a few injuries, but he survived. Then in 1985, he got a company to finance his barrel drop from the height of Houston Astrodome, Texas. So they created a special waterfall at the height of 180 feet from the top to a pit at the bottom. The original plan was to land in the center of the water tank, but it missed its target. Even the foam pads which had been placed to cushion him had floated to the surface before the barrel was released. His injures were severe, and he died the next day.

Marie Curie was the first woman to win a Nobel Prize in Physics, and she was the person to claim the Nobel honor twice. She was a Polish-born French physicist who was famous for her work on radioactivity and her discovery of polonium and radium. Marie Curie also gave the theory of radioactivity and the isolation of radioactive isotopes. Under her direction, the world’s first studies were conducted into the treatment of neoplasms using radioactive isotopes. During her scientific research, she exposed herself so much to radiation which led to her death of aplastic anemia.

He was a German pioneer of aviation whose nickname was the “flying man”. Otto was the first person to make well-documented, repeated, and successful flights with gliders which influenced the public about flying possibility. Being the first person in history who was repeatedly successful in making gliding flights, he became famous throughout the world. During his whole career and life, he took more than 2000 flights and built 18 glider models before his death. On 9th August of 1896, he had a tragic gliding accident where he reached 17 meters above ground and then fell. The accident broke his spine, and he died the next day. His last words were “Sacrifices Must Be Made”.

He was an American mechanical and chemical engineer who played a major role in developing leaded gasoline and CFCs. Known as the man who harmed the world most, Thomas liked to conduct experiments with extremely poisonous chemical substances. As a matter of fact, he had no concern for the consequences that he could bring to the environment or the world at all. Globally regarded as one of the worst inventors, he greatly contributed to the environmental problems we face today. Even after his death, the world will still be facing at least a hundred years of the impact.

His most deadly inventions are chemical antiknock agents, the extraction of bromine from seawater, and the use of fluorine to produce refrigerating compounds. With such inventions, he contributed to the poisoning of three generations of children while increasing the risk of skin cancer. There was also an increase in the risk of other skin problems related to skin exposure to UV rays. He also played a great part in global warming as well, not a very nice man indeed. For the next 60 years after his invention, lead was spread around the world causing damage to our IQ levels, nervous system, etc.

The beginning of the end of this man started in 1940 when he contracted with poliomyelitis at the age of 51. Polio is a highly infectious disease caused by a virus that invades the nervous system causing total paralysis. The disease left Thomas disabled and in need of constant help, so he invented a pulley system to help himself get out of bed. Four years later, he died of asphyxiation after one of the ropes of his pulley strangled him to death. We all expected him to die from lead or CFCs, but no. He died of his very last invention, the pulley system.

William Bullock was an American inventor famous for his invention of the rotatory press for printing in the year 1863. That was when the print industry was revolutionized all of a sudden by the new rotating press with great speed and perfect efficiency. Known as the Bullock Press, it could produce approximately 12,000 sheets per hour while printing on both sides. One day, he had a bizarre accident while he was making adjustments to one of his new presses. He tried to kick a driving belt onto a pulley, and his leg was caught and crushed in the machine. The wound then turned gangrenous, the doctors tried to amputate his foot but he died during the operation; unfortunately.