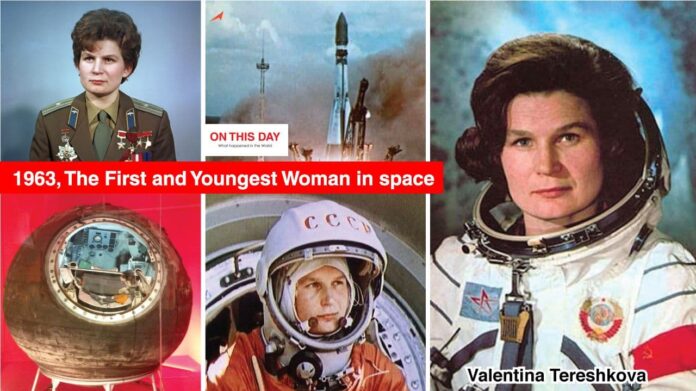 There are always people who think that women cannot do everything that men can, but these first women changed that. There is specific work that some men thought only men can do because they are tougher and smarter. As for the old days, women were only able to do light jobs with a lower payment than men. Thankfully, such old concepts started to change as time goes by and women are able to work equally as men. In case you wonder, we have 5 first women to break the old thoughts by achieving things that people thought women couldn’t do. Below is the list of them and their achievements, take a look.

There has always been a barrier when it comes to women and education, especially in the old days. Despite all of that, Elena Lucrezia Cornaro Piscopia became the first woman to receive a Doctor of Philosophy Degree in 1678. She was born in Venice, and she began studying Latin and Greek under distinguished instructors when she was 7. As a bright student, she soon became proficient in these languages; but that was not all.

Elena also mastered Hebrew, Spanish, French, and Arabic which earned her the title of Oraculum Septilingue. Then she studied mathematics, philosophy, and theology before she entered the University of Padua in compliance with her father’s wishes. However, in 1665, she earned the habit of a Benedictine Oblate and became a nun before university. She received her degree in 1678 in the cathedral of Padua with great honor after her brilliant courses.

The event was with the presence of university authorities, professors of all faculties, students, and most of the Venetian Senators. There were also guests invited from the universities of Bologna, Perugia, Rome, and Naples. Elena was a member of various academies, and she was esteemed throughout Europe for her achievements and virtues. She died of tuberculosis in 1684, and the University of Padua placed her statue in her honor.

4First Woman To Bicycle Around The World

78 years after the invention of the bicycle, Annie Londonderry Cohen Kopchovsky became the first woman to bicycle around the world. She was born into a Jewish family in Riga in modern-day Latvia in 1870, and emigrated to the United States. On the 25th of June in 1894, this young mother of 3 small children stood before a crowd of 500 people. The people were her friends, family, suffragists, and curious onlookers at the Massachusetts State House.

She then declared that she would circle the world, and climbed onto a 42-pound bicycle.
She traveled from New York and arrived in Le Havre, France on the 3rd of December in 1894. Then she went from Paris to Marseilles in two weeks to public acclaim before she steamed across the Mediterranean. Annie made short tours throughout Egypt, Jerusalem, and Yemen before sailing to Colombo and Singapore.

She returned to the United States in San Francisco on 23th of March 1895. Then she cycled to Los Angeles, El Paso, and north to Denver where she arrived on 12th August, 1895. One New York newspaper called it ‘the most extraordinary journey ever undertaken by a woman, and it was indeed. In 2007, her great-nephew published the book Around The World On Two Wheels: Annie Londonderry’s Extraordinary Ride. It became a documentary film, and premiered in April in 2013.

Valentina Tereshkova is the Soviet cosmonaut who became the first woman to fly to space when she launched the Vostok 6 mission. During her mission, he spent almost three days in space and orbited the Earth 48 times in her space capsule. At the same time, she also performed various tests on herself to collect data on a female’s body reactions to spaceflight. Tereshkova experienced nausea and physical discomfort for much of the flight despite her hard training.

However, she logged more flight time in a single flight than the combined times of all American astronauts who had flown before. On top of that, she also maintained a flight log and took photographs of the horizon as well. Her photographs were later used to identify aerosol layers within the atmosphere. After her mission, she became a well-known member of the Communist Party of the Soviet Union holding various political offices. She is now 81 years old, and she is still one of the heroines in post-Soviet Russia.

2First Woman On The FBI’s Most Wanted Terrorist List

This is not something to be proud of actually, but the story is somehow very fascinating to read and know about. On the 2nd of May in 1973, a 26-year-old woman named Joanne Chesimard and a pair of accomplices were stopped by 2 troopers. That was because they were driving with a broken tail light while slightly exceeding the speed limit. At that time, she was also a member of the violent revolutionary activist organization known as the Black Liberation Army. Not to mention she was wanted for her involvement in several felonies, including bank robbery.

Chesimard and her accomplices opened fire on the troopers and wounded one of them while killing the other one. One of her accomplices died during the shoot-out while she and another accomplice were wounded. Between 1971 and 1973, this woman had done several crimes which made her the subject of a multi-state manhunt. Her charges included murder, attempted murder, armed robbery, bank robbery, and kidnapping in just 4 years.

She was sentenced to life in prison due to her charges, but she escaped from prison less than two years later. Her escape from the prison was well-planned as the armed domestic terrorists gained entry into the facility. They neutralized the guards, broke her out, and turned her over to a nearby getaway team. Fidel Castro granted her asylum, and she remains there to this day.

Since 2nd May, 2005, the FBI classified her as a domestic terrorist and is offering a $1 million reward for her capture. Eight years later, the FBI added her to the Most Wanted Terrorist list and increased the reward to $2 million. Attempts to extradite her have resulted in letters to the Pope who granted her asylum as well as a Congressional resolution. The woman is now 75 years old.

1First Woman To Row Solo From Japan To Alaska

After 150 days and 3,750 miles at sea, a 28-year-old British adventurer Sarah Outen became the first woman to row solo from Japan to Alaska. It was part of the plan for a global trek by ocean rowing a shell, a kayak, and biking. The journey was not easy since she was close to the Alaskan shore before the winds started pushing her into the rocks. So her support team decided that it was safer to tow her into Adak’s small harbor.

On the way, she battled dangerous seas alone by herself while her boat capsized five times. In the last few days, she almost hit a cargo ship after her radar failed as she fought cold and increasing darkness. Sarah also faced with whiteout fog and exhaustion-induced hallucinations in the final days. The highlight was when a shark circled her as she rowed, but she could manage the situation very well.

Before this achievement, her first attempt ended in 2012 when she and another ocean rower met an accident. Both of their boats were damaged in a tropical storm, but she didn’t give up. Also, she also became the youngest person and the first woman to row alone across the Indian Ocean in 2009. Her journey was from Australia to Mauritius, and she plans to do more.