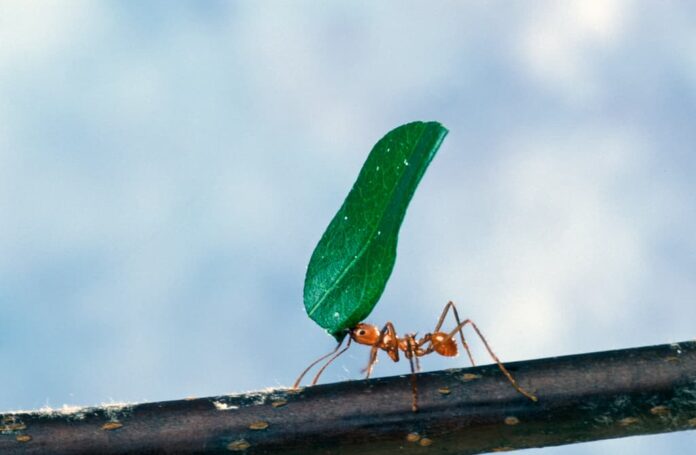 You don’t need arms or any limbs to be strong if you are an anaconda. This type of reptile has strong body muscles that can squeeze humans or prey to death easily. No matter how many limbs their prey has or how big they are, that is not a problem. As long as their size and weight are about the same, then killing is just a piece of cake.

They are strong because they have incredible muscle strength that allows them to move in the water. With a weight of above 200 tons, do you know much courage and energy they need to move? In the water? With just their tail? Yup, blue whales are among the strongest.

Let’s see why dung beetles are the strongest animals with that body size which we squeeze. They are small just like other insects out there. But the fact that they can pull things 1,141 times their body weight is not something anyone can do. If humans can do that, it is like we can pull 6 double-decker buses with people in them. We can’t do that, so let’s just give the place to the dung beetles.

Not only among the strongest animals but also among the strongest birds in the bird’s kingdom. Eagle has powerful claws that allow them to lift their prey and fly without a problem. They can lift food or object that are 4 times heavier than their body weight. This is impressive.

As you can see, our ancestors have used elephants a lot in the construction of places, especially in Asia. Elephants are the strongest mammals and land animals as we all know. They can carry people and other objects as well as pull objects that weigh up to 9,000 kilograms. Some of us take them for granted, and not many of us appreciate how helpful they are to us. Humans are so bad sometimes.

Gorillas have strong muscles that allow them to pick up live objects that are as heavy as 2000 kilograms. No doubt why they can kill humans with their simple powerful slaps. The object that their ability allows them to carry is more than 10 times their body weight. I believe we have some strong people that can do that as well. So this might not be a surprise.

Most bears are strong, we all know that. Their paws are not something you want to play around with if they are grown bears unless you’re Mowgli. They can lift an object as heavy as 500 kilograms. But bears are nice, they eat honey and plants. They only eat animals or people if they are unfortunate enough to make themselves the food. Don’t get slapped by a bear, or any bear.

Scary Fact: the grizzly bear has a bite that strong enough to crush a bowling ball.

Oh, all ants are strong actually, but the strongest of them all is the leafcutter ant. Their source of strength is their powerful jaws. They use those jaws to cut leaves and carry them to the nest to build more things. Those jaws alone can carry leaves and other objects that are 50 times their body weight. Admit it, we can even lift a laptop using our teeth let alone something 50 times heavier. Salute the ants.

Lions are not the king of the jungle for nothing. They have strong limbs, strong jaws, and even loud roars, and they also look good. It is like having everything to be perfect as a man, so unique and rare. A lion can run as fast as 80 km/h, and its bite is so powerful with a force of 600 pounds.

Eventually, animals like ox, buffalo, or cows are naturally strong for they can pull things that are heavier than their body. It is just ox is way tougher and stronger compared to the animals of their relatives. If the object is about 900 kilograms, they can easily pull it without even trying. They are that strong, yes.

Not different from an anaconda, a python can squeeze to suffocate and break the prey’s bones easily. You might have seen a lot of animals and people that were unfortunate enough to be a python’s food. That was like the worst death ever to be squeezed and swallowed whole right after. Pythons get stronger as they grow longer and bigger, and they are not afraid to attack creatures larger than them.

Now you might think “What? Another insect?” Yes, another one and more to come. They are named after the strong rhinoceros not only because of their look but also their strength. A rhinoceros beetle can lift things that are 850 heavier than their body weight. It is like a human like us can lift an object that weighs 65 tons. Still, we can’t do that.

Here are the biggest crocodiles among their species, and one of the strongest as well. See those teeth? Yes, those teeth can bite with great force that they can detach our limbs at once. The bite is even believed to be stronger than the T-Rex as well.

Tigers are so special in many ways. Let’s begin with their legs. The legs of a tiger are so strong that they remain standing still even if the tiger himself is dead. They have the ability to jump as high as the 10 ft fence to capture prey. Not to mention their running skill. For strength, a tiger can carry an object as heavy as 50 kilograms in its mouth while climbing a tree. That is why we shouldn’t mess with the tiger, again, unless you’re Mowgli.