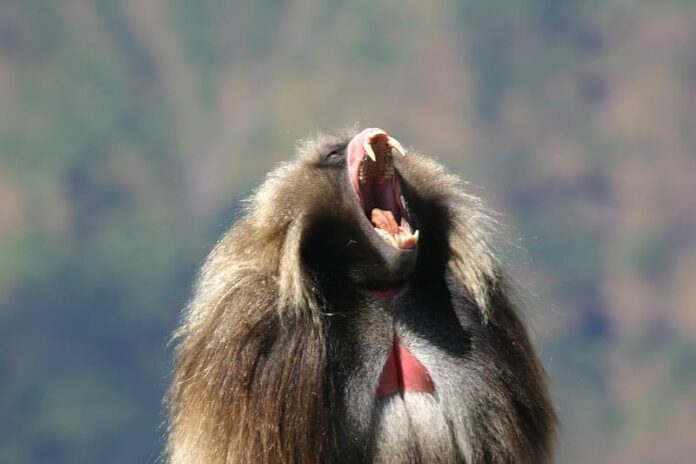 And we thought we would be safe around herbivores, nope. There are many dangerous herbivores out there in the world that can kill us just like the carnivores do. These dangerous herbivores probably won’t eat us, but they are capable of hurting us real good to the point of our death. In case you plan to explore the wild, there are some of the most dangerous herbivores that you should know. If you see them, try to avoid confronting them so that you won’t come back home with missing pieces.

With the reputation of being the largest mammals in North America, the American Bison is very large and strong. A bison is not only big but also fast since it can run up to 35 miles per hour, and they are extremely agile. At the same time, the bison can spin around quickly, jump high fences, and they are also strong swimmers. With all of their strength and size, American Bisons are grazers as they primarily eat grasses, weeds, and leafy plants. However, that doesn’t mean that they are not dangerous to us.

Bison are among the most dangerous animals encountered by visitors to the various North American national parks. As you can tell by their size, bison are not afraid to charge and attack if provoked. Between 1980 and 1999, bison charged and injured 79 people which caused goring punctures, broken bones, bruises, and abrasions. Three of the victims died from the injuries, and that was not nice. The sad part is that people kept on hunting them, and there are around 15,000 bison in the wild nowadays.

Fun Fact: You can judge a bison’s mood by its tail. If it hangs down and switches naturally, the bison is calm. If the tail is standing straight up, it is ready to charge. So you should get ready to run.

What makes this beast different from domesticated water buffalo is that Cape Buffalos are unpredictable and incredibly dangerous. Cape Buffalos have killed more hunters in Africa than any other animals, so you should know how dangerous they are. This buffalo species have massive horns that can cause great injuries if they decide to attack you. Of course, these buffalos are grassland animals, but their herds are fierce enough to attack and kill lions.

Another thing is that they become more aggressive and angry when wounded, and that makes things even worse. These buffalos would seek revenge on whoever hurt them, especially hunters, and they would circle around their enemy before the re-attack. If you happen to cross their path, remember to not anger them because they will totally charge. Cape Buffalos are even more dangerous when they are the mother protecting her calf, and you wouldn’t want to experience that.

Feed mainly on fruit, Cassowaries are the world’s most dangerous birds and the only birds that have killed humans. If provoked, these shy birds are capable of inflicting serious injuries to humans and other animals which is occasionally fatal. Their attacks involve charging and kicking, sometimes jumping on top of the victims. These pre-historic-looking birds have dagger-like weapons that can inflict lethal wounds to internal organs and cause severe bleeding.

Cassowaries can kick in a forward and downward direction, and they may also peck, barge, or head-butt. These flightless birds can cause injuries like puncture wounds, lacerations, and bone fractures. Confronting a charging cassowary is totally a bad idea. The good thing is cassowaries do not seek out trouble although they are capable of killing us effortlessly. Just stay away from them and don’t provoke them, you will be fine.

This baboon species is not only one of the most dangerous herbivores but also the world’s rarest apes. Looks like a cross between a lion and a monkey, it is one of the three endemic mammals to Ethiopia. The Gelada Baboon is large and robust, and the males have a long heavy cape of hair on their backs. These baboons live in a complex multilevel society that consists of different groups. That includes a group of one to twelve females, their young, and one to four males, or all-male units from two to fifteen males.

The Gelada Baboons are strictly vegetarian, and 90% of the primate’s diet consists of grass which makes them the world’s only grass-eating monkeys. Despite the fact that they are mainly on grass, these baboons have frighteningly large canine teeth. Those are the teeth that they use to cause some serious damage without even trying. When threatened, the baboons flip back their upper lips and gums to display their scary teeth. It is always better to not get closer or to threaten them, feeling the bites from those teeth is not that pleasant.

We all know that gorillas are ground-dwelling herbivore apes that inhabit forests, and we also know that they are so strong. Gorillas are the largest primates, and there is not a doubt about their ability to injure or kill us. Normally, gorillas live in groups called troops which are made of one adult male (silverback), multiple adult females, and their offspring. Silverbacks have large canine teeth, and they have the power to make all the decisions, mediate conflicts, lead the troop, and more.

Silverbacks are aggressive, but only towards the other silverbacks that try to approach the females or the troops. The good thing is that they make threatening displays first such as grunting, hooting, and chest pounding. If those displays don’t work, the silverback may attack. That goes the same with attacks on humans, they will attack you if you provoke them. There have been cases where gorillas attacked and even killed humans, but these occasions are very rare. If humans ignore the threat displays that gorillas show, don’t blame them for charging and attacking.

We all know that rhinoceros are big, fast, and large animals whose populations keep on going down from day to day. These horned beasts are also one of the most dangerous herbivores in the world as well. When threatened, they will steer their large bodies directly toward a fight. On top of that, the poor eyesight of rhinoceros makes them even more dangerous. Since they cannot rely on their eyes to identify if what they see represents a threat or not, their reactions are unpredictable. Many people probably expect them to use their horns as weapons, but they actually use their lower incisors. Combined with their size and speed, escaping from a charging rhinoceros is not always a success. A charging rhinoceros can knock over a vehicle with people inside, so imagine what they can do to you.

If it could kill jaguars, it could easily do the same to us humans. The white-lipped peccary is the most dangerous and most aggressive member among the others in their family. The peccary is an omnivorous animal, and they feed on fruits, roots, tubers, palm nuts, grass, and invertebrates. The thing is that peccaries are territorial animals, so they will stand their ground against anyone who gets close to their territory.

While their habitats keep on shrinking due to human activities, encounter between them and people is getting more common. The attacks to defend themselves that lead to injuries both minor and severe are also increasing. The peccaries usually live in herds of up to 300 or more, and the rest will attack if one of them is injured. If they give you the warning barks, take the sign and leave so that no one will have to be hurt. If not, you will have to be responsible for the wounds, the pain, or hopefully not, the death.

A wild boar can be very dangerous in so many ways, and each of them is unpleasant to experience. On some occasions, a wild boar may run away when you encounter them while they don’t some other times. Sometimes a wild boar may charge you, and they could bite or gore you if you have nothing to protect yourself. A wild boar will not only attack you but also your pets as well, and you trying to intervene won’t help. In some areas, wild boars can grow quite large which makes them even more dangerous. If you spot one from afar, make sure to avoid going in their direction. Even hunters with guns sometimes couldn’t make it back home alive, so it is better to stay away from these dangerous herbivores.