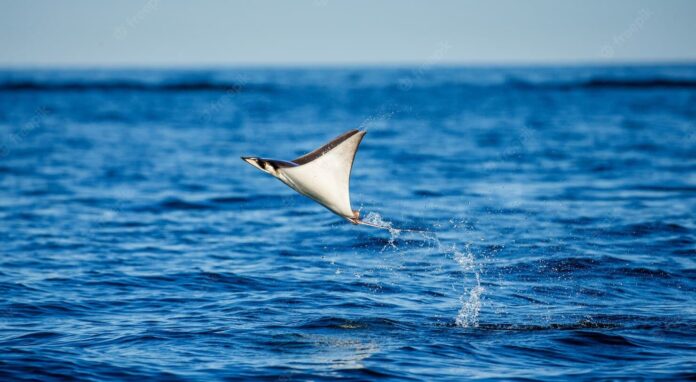 Knowing that spiders can fly is a true nightmare indeed, and these spiders have their way of traveling in the air. Ballooning Spiders move through the air by releasing one or more pieces of silk called “Gossamer Threads” to catch the wind. That causes them to become airborne with air currents and electric currents. Usually, they climb to a high point and then take a stance with their abdomen to the sky releasing fine silk threads. That is like they create their own parachute using their silks that carries them by the wind.

Most of their ballooning journeys end after a few meters of travel, while sometimes longer than that. There are times when the wind is too strong it collects thousands of ballooning spiders into the air and rains them down on earth. The cool part is this species can survive afloat on the water with their water-repellent legs that keep them floating on both fresh and saltwater. Not to mention they can survive without food while traveling in the air for up to 25 days or longer. Ballooning spiders are somehow awesome.

By the look, you can easily tell that this type of lizard is not ordinary. So Draco Lizards aka Flying Dragons are able to glide using their connected membrane to create wings. This flying lizard glides from tree to tree by unfurling the flaps of skin to catch the air. They use their long tail to steer, and a Draco Lizard can glide as long as 60 meters. These wingless animals use their flying ability to escape from danger, attract mates, and find meals.

The truth is there are over 40 species of flying fish that can fly at a fast speed as they glide and leap from the oceans. Flying Fish can make powerful and self-propelled leaps out of the water into the air to glide at a great distance. In the process of their flight, the fish can reach a height of 4 feet with a distance of up to 655 feet. The cool thing is flying fish can flap its tail once it gets near the water surface to go on. This remarkable ability allows flying fish to escape predators like tuna, swordfish, marlin, and other large fish.

This is the type of snake that can freak you out sometimes when they fly above you. You can find flying snakes in the jungles of South and Southeast Asia, and they are harmless to humans. When getting ready to fly, the snake dangles in the shape of a J before propelling itself to the next branch. This snake species glides flawlessly, and it can travel up to 100 meters in the air.

Actually the squirrel of this species tend to glide between trees rather than fly because of its special gliding membrane. The membrane is attached between their front and back legs that acts like a parachute that propels them from tree to tree. As for the tail of the squirrel, it is long which provides stability in flight. Usually, flying squirrels are nocturnal and omnivores so they usually look for food like seeds, shrubs, flowers, etc at night.

image: All You Need Is Biology

The unique thing about this frog is that it has the ability to break its fall by stretching the webbing between its toes. So when it leaps down from the treetops, it can make gliding jumps at a maximum of about 115 times its length. The combination of its webbed fingers and toes and fringe of skin stretching between the limbs allows it to parachute to the forest floor safely.

Mobula Ray aka Devil Ray can leap from the ocean waves and flip three times during a single jump. With each jump, the ray can go as high as 6 feet in the air while its winglike fins can extend up to 17 feet. Mobula Rays usually swim in schools of a hundred or more, and they live in warm oceans throughout the world. The theory of their jumping is to remove parasites from their skin, but we still don’t know the real truth.

This squid species is so skillful it can launch, jet, glide, and dive at great speed. Just like other squids, this species has large eyes, 10 arms, and 2 feeding tentacles along with thick and muscular mantles. For speed and lift, the squid draws water into their mantles and then releases it in a high-powered blast. Neon Flying Squid can glide over 36 feet in the air in one second using their fins and tentacles as wings. This type of squid lives in subtropical and temperate oceanic waters throughout the Atlantic, Pacific, and Indian oceans.