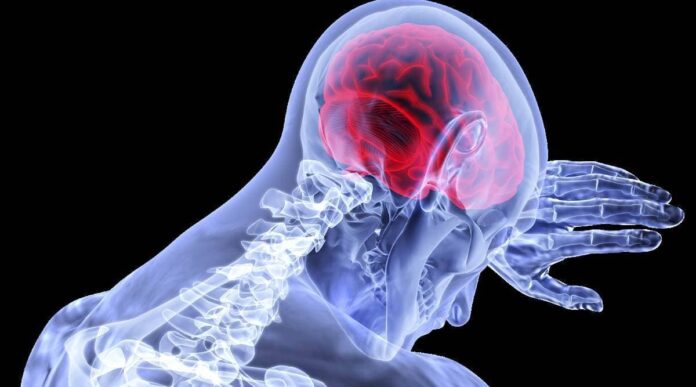 It is one of the common diseases that most people are aware of, and cholera is also among the most dangerous diseases as well. Cholera is an infectious disease that causes severe watery diarrhea which usually leads to dehydration and death if not treated on time. This disease is caused by consuming food or water contaminated with a bacterium called Vibrio Cholerae that exists in uncooked food or dirty water.

This deadly disease is common in places with poor sanitation, crowding, war, and famine where clean food and water are scarce. Despite the development and improvement in sanitation, cholera is still a global threat to public health. It causes an estimate of about 21,000 to 143,000 deaths worldwide every year, especially kids.

Apart from diarrhea, other symptoms include rapid heart rate, loss of skin elasticity, low blood pressure, thirst, and muscle cramps. Dry mucous membranes inside the mouth, throat, nose, and eyelids also occur when things get serious. If not treated, dehydration can lead to shock and death in just a couple of hours.

Dengue is a mosquito-borne viral infection that causes a relatively harmless flu-like illness. The longer you leave it without treatment, the more serious it gets. The virus can develop into a potentially lethal form that can destroy blood platelets which leads to shock and death within hours. Dengue Hemorrhagic Fever can occur when someone is bitten by a mosquito. People who are at higher risk of this deadly disease are infants, small children, pregnant women, older adults, and those with compromised immune systems.

The treatment of this disease is to manage the symptoms in order to keep the infection from getting more severe. The emergency treatments are hydration with intravenous (IV) fluids, blood transfusions, oxygen therapy, electrolyte therapy, skilled nursing observation, and more.

The general symptoms of this fever are mild/moderate/high fever, headache, nausea, vomiting, rashes, and pain in muscles, bones, or joints. Then new symptoms started to develop which include restlessness, sudden fever, severe abdominal pain, bleeding or bruising under the skin, nosebleeds, etc.

Ebola outbreaks have occurred in a number of African countries which have killed so many people in a short period of time. Ebola is one of the most dangerous diseases that causes bleeding from internal organs and body orifices in most cases. It is a rare disease that most commonly affect people and non-human primates like monkey, gorillas, and chimpanzees. Until today, there is no cure or specific treatment that can fully cure Ebola yet.

The virus of Ebola causes fever, body aches, and diarrhea while bleeding both inside and outside the body. The patients die from multi-organ failure and shock from too much bleeding.

Goes by another name Necrotizing Fasciitis (NF), Flesh-Eating Disease is an infection result in the death of the body’s soft tissue. It is one among the most dangerous diseases because it can kill very fast. The bacteria of NF usually gets into the body through a break in the skin, and it spreads very quickly. It can result in a loss of limbs and even worse, death.

To make sure that the bacteria of this dangerous disease stay away from your body, here are some tips. In case you cut your skin in any accident, always clean the wounds immediately with alcohol or iodine. No matter if they are minor cuts and scrapes or big wounds, make sure to clean them until fully healed. Also, keep your hands clean at all times.

The symptoms at the early stage are redness, swelling, and pain in the affected area. Also, you will also see blisters in the involved area of the skin. At the same time, fever, nausea, vomiting, and other flu-like symptoms are also common.

If you know that you have an infection in your ear or sinus, make sure to check up with the doctor. Meningitis occurs when bacteria of meningitis enter the bloodstream and travel to the brain and spinal cord. Apart from ear or sinus infections, skull fractures, or some surgeries can also be the causes.

This deadly disease can develop very quickly, and it can kill in just hours if not treated on time. Intravenous antibiotics are the treatment for this disease as they can prevent brain damage and death. Bear in mind that meningitis is most common in babies, young children, young teenagers, and young adults.

It usually begins with fever, vomiting, headache, and unwell feeling. That will follow by limb pain, pale skin, and cold hands and feet.

There are many forms of plague, and all of them are caused by the bacterium called Yersinia Pestis. Such bacterium is transmitted from rats to humans by fleas, and as for Pneumonic Plague, they kill very fast. There are two ways that can cause this plague, inhalation of aerosolized plague bacteria or septicaemic plague spreads into lung tissue from the bloodstream.

Pneumonic Plague requires early treatment by giving antibiotics within 24 hours of the first symptoms to reduce the risk of death. If not treated on time, the plague can kill within 18 to 24 hours of infection. Avoiding contact with rodents at all costs because they are the main bridge to this life-threatening disease.

Primary symptoms include fever, weakness, nausea, headache, shortness of breath, chest pain, and cough. Patients will die from respiratory failure and shock if no treatment was provided on time.

This is a medical condition in which poor blood flow to the brain which results in cell death. Basically, there are two main types of stroke including Ischemic that cause by lack of blood flow, and Hemorrhagic due to bleeding. Stroke usually happens because of a burst blood vessel or blockage by a clot. Sometimes people recover from stroke, and a massive stroke can kill you within two hours if you are not lucky.

There are 5 warning signs of stroke that you should notice:

There are some ways to reduce the risk of having a stroke, and that includes doing more exercise, quitting smoking, and eating healthily. At the same time, you should always maintain your weight and reduce the amount of alcohol that you consume.

5 Benefits of Dark Chocolate You Should Know

12 Easy Ways To Treat Hiccup You Should Try