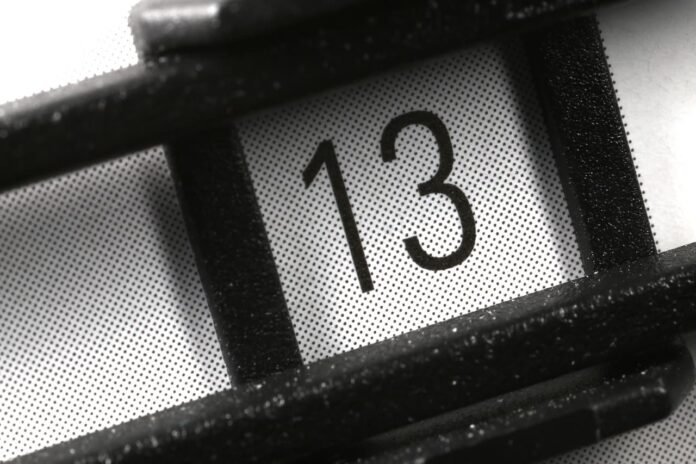 We all know that black cats have played a major role in folklore, superstitions, and mythology for centuries. In the middle ages, people believed that black cats are the incarnation of witches or demons. Surprisingly, the beliefs still exist to this day in many various ways. As for Italy back in the 16th century, people believed that a sick person would die if a black cat lay on his bed.

We all know this one, you will have seven years of bad luck if you break a mirror. The question is how and why? In ancient Greece, looking into a mirror was a form of predicting the future by analyzing someone’s reflection. So breaking a mirror mean risking injury to yourself because your soul would be astray from the body. Also, the mirror is a projection of a person’s appearance, so breaking the mirror means breaking the soul into pieces.

When the soul is severely damaged, it cannot fully protect its owner from bad luck at all. In another word, the damaged soul seeks revenge against the one responsible for its injuries. There are many ways when it comes to revenge, but the often ones include the loss of a close friend or the death of a family member.

3Carrying Bride Over The Threshold

Short and simple, Western cultures believe that it is bad luck for the bride to trip while entering her new home. To avoid that from happening, the groom must carry her from the entrance to the inside of the house. That is not all, have you ever noticed why the bride and groom leave the wedding celebration before everyone else? As it turns out, weddings back in the old days were sometimes followed by kidnappings. That is why there are always the best men at weddings to protect the bride, and the newlywed has to leave first.

The early leave is the symbol of the groom stealing away with his bride, whisking her from her family into a new life with him. After that, he has to carry his wife into her new home to prevent her from seeming too enthusiastic about losing her virginity. Medieval Europe believed that by picking her up and taking her into their home, the groom provided an alibi for his wife’s chastity.

Also, carrying the bride into the house proved a good way to avoid such a mishap of bad luck altogether. The fear of tripping appears to have its roots in ancient Roman culture with a similar belief. One way or another, it is a sweet way for the groom to carry his bride into the house. A romantic way to open their new chapter of life, indeed.

This is an old superstition that we are told as kids to hold our breath as we walk past a cemetery. There are many different things that will happen if you don’t hold your breath as you pass a cemetery. According to this belief, there is an obvious connection between breathing and life. Some Native American cultures believed that breathing near the dead was risky because you might inhale someone’s soul.

Some say you will die or become possessed if you breathe while walking past the cemetery. Breathing as you walk past the cemetery means inhaling the spirit of the recently departed which results in many consequences. Until today, no one knows where such a belief came from and why so.

It is one of the unlucky numbers that people from different cultures across the world believe to bring bad luck. And we are all aware that Friday the 13th is an unlucky day in many countries as well. There is a specific fear of this day in the U.S known as paraskevidekatriaphobia which results in financial losses of about $800 million annually.

That is because people avoid marrying, traveling, or even working on that day. As for some hotels, the elevator has no number 13 for the 13th floor because they skip to number 14 instead.

There are two popular theories that involve this unlucky number in the belief of Christians. In the Bible, Judas Iscariot was the 13th guest to arrive at the Last Supper, he was the person who betrays Jesus. Meanwhile, ancient Norse lore holds that evil and turmoil were first introduced into the world by the appearance of the treacherous and mischievous god Loki. The introduction was at a dinner party in Valhalla, just like Judas, he was also the 13th guest. His presence upset the balance of the 12 gods who were already in attendance.

Apart from that, there are some more beliefs regarding the unlucky number 13. If there are 13 letters in a name, that means a person is cursed. It sounds silly until there are many notorious murderers whose names contain 13 letters. That includes Charles Manson, Jack the Ripper, Jeffrey Dahmer, Theodore Bundy, and Albert De Salvo. The one well-known person with 13 letters in his name was Adolfus Hitler, how about that?

It is one of the common superstitions that it is bad luck to open an umbrella indoors. Umbrella comes from the Latin word umbra which means shade or shadow with a few theories regarding bad lucks. Some believe that the umbrella superstition comes from ancient Egypt where people used umbrellas for protection from the hot rays of the sun. Ancient Egyptians believed that opening an umbrella indoors which is away from the sun is disrespectful and would anger the Sun God. So he would take out his anger on everyone in the house in which the umbrella had been opened.

There is another theory regarding umbrella superstition with a more modern and practical source. As we know, umbrellas are not that safe with their hard metal spikes and spring triggers. In fact, opening one indoors could pose a danger to people and fragile objects nearby which is bad. With this theory, we can tell that bad luck tends to link to injuries and broken objects.

7Step On A Crack Breaks Your Mother’s Back

Stepping on cracks in the pavement means bringing misfortune and bad luck to yourself. The origin of this superstition dated back to the late 19th century and early 20th century when racism was prevalent in society. It was common back then to say that stepping on the pavement lines meant you would marry a black person.

As for mid 20th century, it was common to tell children that stepping on any cracks in the pavement is bad. They would be eaten for lunch by bears waiting for them around the corner. While another belief is that the number of cracks you stepped on indicates the number of bones your mother would break. There is also a belief that cracks in the ground or pavement lead directly to the underworld. By stepping on them, the evil demons that dwell there would be released and bring bad luck.

8Walking Under The Ladder

Let’s begin with the triangle shape that a ladder placed against the wall makes, it links with many different beliefs. Many Christians believe that the Holy Trinity including the Father, the Son, and the Holy Ghost involves the triangle. Walking through the ladder and leaning up against the wall means breaking the Trinity which is the act that attracts the devil.

As for the Egyptians, they believed that you might accidentally see a god climbing up or down when walking under a ladder. That is somehow also bad luck that every person should avoid doing at all costs. However, things are way easier to understand when it comes to the practical way of this act. If a ladder is up, that means someone is standing on it doing their work. Accidents happen, and you wouldn’t want to have anyone fall on your head as you walk under the ladder. Or in another sense, walking under the ladder might jostle it which makes the person on it fall down.