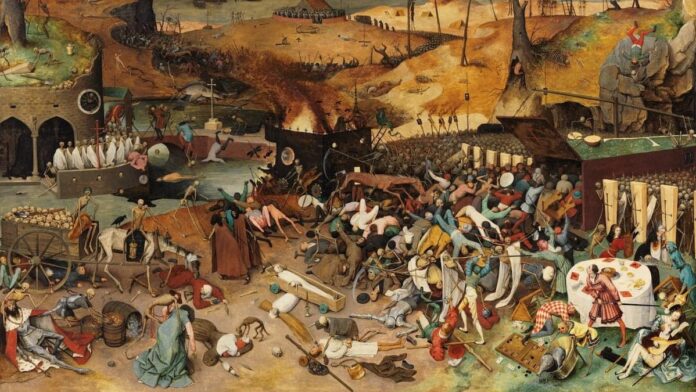 Bubonic plague is the bacteria-infected disease that caused Black Death between 1347 and 1351 in Europe and Asia. This pandemic took a great toll on life than any other known epidemic or even war during that time. Chances are bubonic plague may make a big comeback in the 21st century as there are some cases intermittently pop up. In mid-2020, an outbreak of bubonic plague in China, the United States, and the Inner Mongolia region. This is time we learn some more about this plague and its danger in modern days.

1What Cause Bubonic Plague?

The bacteria that caused bubonic plague, Yersinia Pestis, was discovered in 1894 by Alexandre Yersin. This fearsome disease was caused by bacillus bacteria from the bite of infected rat fleas. Besides rats, other small mammals and rodents like chipmunks, prairie dogs, rabbits, and squirrels are also the hosts of this bacteria. The bacteria become harmful when pass to other species especially humans which leads to a plague.

2How Did The Bubonic Plague Begin?

According to scientists, the Black Death began since the 1200s in the Himalayan Mountains of South Asia. Living conditions during that time were cramped and dirty, and humans lived in close contact with rats. Black rats were the most common at that time, and they are known to carry Yersinia Pestis. The rats spread the bacteria to fleas living on their bodies who next passed the infection to humans by biting them. The Mongolian soldiers took the plague with them when their armies attack the West in 1330. Then the plague continued to spread in Constantinople (Istanbul) before striking France and Italy. By 1349, the Black Death had reached every town in England.

3How Does Bubonic Plague Spread?

The disease originated in Central Asia, it was taken from there to Europe by Mongol traders and warriors. It all began in the October of 1347 when 12 ships arrived Sicilian Port of Messina from the Black Sea. Most sailors aboard the ships were dead while the several who were alive were severely sick. Although the authorities ordered the fleet of ships out of the harbor, it was already too late. This was the beginning of the Black Death that continued to take people’s lives for 5 whole years since then. The bacteria only can be passed to humans who are bitten or scratched by the infected animals.

4What Are The Symptoms Of The Black Death?

It was called Black Death because it could turn a human’s skin and sore black along with swellings. The swellings are most common in the armpits, groin, and neck, usually the size of a common apple or an egg. Blood and pus would seep out of the swelling along with chills and terrible pains followed by dark patches and blood coughs. Without treatment, the fatality rate is high and the patients may die within 72 hours.

5How Did People Cope With The Black Death?

The officials in the Venetian Port of Ragusa were able to slow down the spread by keeping arriving sailors in isolation. Doing so was to create social distancing until it was clear that the sailors were not carrying the disease. The process took 30 days (Trentino), then it was increased to 40 days which is known as a quarantine today. There are also other cities that devised and implemented quarantine at the city gates, harbors, and mountain passes. At the same time, some also required individual health passports to see where the person came from. The methods were very effective, and they played a part in keeping the plague outside the city.

6Why Did Bubonic Plague Kill So Many People?

There have been 3 pandemics of bubonic plague throughout history, and the second pandemic killed the most people. Back in the mid of 13th century, this plague killed one-third of the European population which was around 50 million people. Even worse, the Black Death killed 75 million people in Asia. There were 2 main causes of the Black Death: disease and starvation. If people didn’t die from the plague, starving to death was a possibility. People who got sick died within days while those who were alive did not dare to go out. The Black Death ended when it ran out of victims to claim after it took the lives of each village.

7How To Deal With Bubonic Plague In Modern Days?

In modern days, people can prevent the outbreak by pest control and sanitation techniques. There are several methods such as:

Although bubonic plague still pops up from time to time, it is no longer as deadly as it used to be. With the invention of antibiotics, the plague is now curable in most cases. The antibiotics work best if given within 24 hours of the first symptoms, according to CDC. In severe cases, breathing support, intravenous fluids, and oxygen will be given. Simply put, this plague is curable and preventable now because we have both the knowledge and measures to control it.