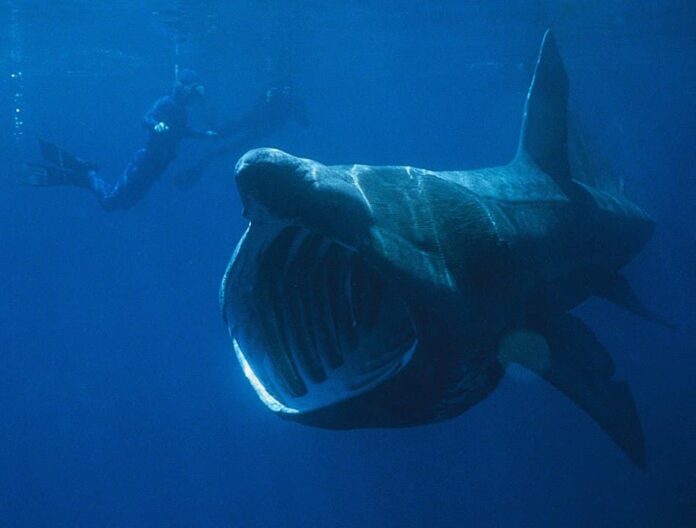 It is not a surprise when an anaconda is on the list since snakes are known for being able to open their mouths up to 150 degrees. Anaconda is the largest snake in their family, and that is why they are the ones with the biggest mouth. The jaws of anacondas are held together with stretchy ligaments so they can open wide enough to swallow prey whole. With their large size, anacondas kill their prey by wrapping their bodies around and suffocating their prey. Their menu consists of birds, fish, pigs, rodents, deer, and other reptiles like turtles; there is no record of them eating humans.

The one main feature that an anglerfish is famous for is its fleshy growth that glows in the dark. They use their luminescent mini lamp to lure the prey before capturing the poor thing with their large mouth. This type of fish is able to distend its jaws and stomach with ease thanks to the flexibility of its bones. In fact, anglerfish are capable of eating things twice their own size. Scary look and all, they make a fascinating actor in the animated movie Finding Nemo. This one is one ugly kind.

With a rounded body and huge mouth, Argentinian Horned Frog aka Pacman is one interesting species to know. They are also very popular pets as well at some point. The exceptional case is that these frogs are somehow very aggressive since they would eat or try to eat anything. Native to South America, the frogs are terrestrial amphibians but very poor swimmers. With that large mouth, they are not afraid to swallow meals like mice, small reptiles, or even large spiders. If threatened, these bold animals can deliver a painful bite from their odontoid projections along their bottom and top jaws.

As for Australian Pelicans, they have the largest bill of all birds in the world. The elongated bill is accompanied by a massive throat pouch that allows the birds to catch prey with ease. The different characteristics of Australian Pelicans are that they rob other birds of their prey by wrestling or tricking. The main diet of these pelicans is fish, but they also capture and eat seagulls and ducklings during starvation periods.

Basking Sharks are not only one of the animals with the largest mouths but also the second-largest living sharks as well. These sharks have remarkable mouth sizes yet with personalities of docile creatures that are super kind to divers. A basking shark can open up its mouth up to 1 meter wide and you can see several hook-shaped small teeth. The fascinating thing about this large shark is that they mainly feed on plankton, yes they are not predators. On top of that, the sharks usually swim with its mouth open and catch whatever it goes through. They normally feed near the ocean surface where and when plankton is abundant, and they don’t use their teeth at all.

Being the second heaviest land mammal in the world is not enough, the hippopotamus is also one of the animals with the largest mouths. A hippo’s huge mouth consists of lips that are 2 feet wide along with teeth that can bite a 10-foot crocodile in half. The mouth of an adult hippo is roomy enough for 36 teeth including tusks, and they can open that mouth at a 180-degree angle. Guess what, that is a good way to impress females while deterring the competing males. Just so you know, hippopotamuses are very aggressive and they are not afraid to attack humans at all.

Native to the Amazon Basin in tropical South America, Payara is so well-known for its two long fangs and large mouths. The fish can grow so large, and those fangs are also getting longer as they grow as well. Payara feeds on piranha, for your information. These vampire fish are very dangerous; as a matter of fact, one of the most dangerous fish in the Amazon. As a mighty predator, Paraya is very fast, powerful, and frightening which is why we should be aware of them.

Largest living reptile is not the only title saltwater crocodiles have, they are also among the animals with the largest mouths. In their large mouths are at least 24 teeth that they use for gripping and crushing their prey. These ferocious hunters are very aggressive and territorial, and they prefer to hunt at night with great swimming speed. They clamp down on their prey with their massive jaws before crushing and swallowing them whole. Saltwater crocodiles usually feed on fish, amphibians, crustaceans, mollusks, birds, and other reptiles like snakes and lizards.

I’m sure the photo explains many things about large mouths, but let’s dig deeper. It is the deep saltwater fish that has aggressive territorial behavior, and even a territorial battle. When that happens, the two sides wrestle by pressing their distended mouths against each other as if they were kissing. Doing so allows them to determine which one is larger, and that establishes dominance.

Sarcastic Fringeheads are also extremely temperamental, and they are not afraid to protect their homes from intruders regardless of size. When there are invaders, they will employ their enormous mouths and needle-like teeth for defense. Normally, the fish emit warnings by flexing and snapping their jaws. If the intruders won’t leave, Sarcastic Fringehead will use their ferocious teeth to attack without any hesitation.