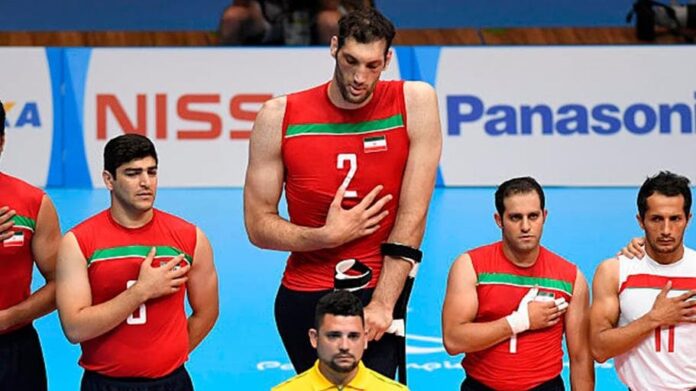 These tallest people in the world here make a 5 ft girl like me feel bad about myself. Honestly. Throughout history, there have been a lot of people who have grown to the size of giants. They are like real life giants, except they lived among us and were nice to us. Most of the tallest people in the records are male by the way, only a few females can beat the record. Imagine you walk past them and see yourself standing at the height of their waists. Yeah, they are that tall. Check them out and see who are the tallest ones!

He has amazing nicknames like the Alton Giant and the Giant of Illinois. He was born on the 22nd of February in 1918, and passed away on the 15th of July in 1940. His height 2.72 meters (8 ft 11.1 inches), and no one beat the height till today. Being this tall, he also had the largest hands and feet as well. That means he had to wear special designed clothes and shoes all the time.

John William Rogan was the tallest man ever until Robert Wadlow took that title. He was born on 16th of February in 1868, and passed away on 12th of September in 1905. John’s height was 2.64 meters (8 ft 9 inches), and he was also he tallest of African descent as well. Among the tallest people in history, John was the most unfortunate person of them all. He suffered from severe ankylosis which is the condition that made it extremely difficult for him to walk.

He could not put his weight on his feet to walk at all although he was only 175 pounds. John could not work due to his condition, but he made a living by selling pictures and postcards of himself. He went by the cart he built by himself to the local train station to sell the postcards. Even when he passed away, he need to be buried under a layer of concrete to stop curious scientists from digging up.

Just like everyone on the list, John suffered from acromegalic gigantism that made him grew taller than normal people. Back then, people called him The Buffalo Giant for he was so tall and huge due to his height. He was born in 1932 and passed away in 1969 in the United States. He grew as tall as 2.63 meters (8 ft 7.75 inches), which made him the third tallest verified human being.

Most tall men need crutches to support as they walk, but not for Edouard. This Canadian man was born on 9th of January in 1881, and passed away on the 3rd of July in 1904. By the age of 17, he realized that he was so strong he could an 800-pound horse! Along with his unusual height, he began to join Barnum and Bailey’s Circus as a strongman and a circus freak. 6 years later, Edouard died from tuberculosis which caused coughing blood after drinking a cup of tea one night. He was 2.51 meters (8 ft 3 inches), and could have grown even taller if he had lived longer than 23.

Was born on the 27th of February, 1909 in Finland, Väinö was a well-known giant back then. He was a soldier, the tallest soldier to ever lived back then. He spent most of his lifetime served with the Finnish Defense Forces which was a great honor. Until 13th of April in 1963, he passed away at the age of 54 years old. His height kept on growing till he reached his 30s, and it was 2.51 meters (8 ft 3 inches).

He is the tallest man alive! Sultan’s height is 2.51 meters (8 ft 2.8 inches). This man is from Ankara, Turkey, and he is a part-time farmer. He was born on 10th of December in 1982, he has 4 siblings and none of them are as tall as him. The difficulties of being too tall for Sultan are the struggle of finding the right cloth sizes and fitting inside a car.

Donald A. Koehler was born on the 1st of September in 1925. He passed away on the 26th of February in 1981 from a heart condition. During his 55 years of lifetime, he had grown up to 2.49 meters (8 ft 2 inches). Don had a twin sister, except she was 5ft 9 inches tall only. He was not a healthy man due to his suffering from kyphosis that caused curvature of his spine. And the worse part was he always bumped his head to the ceiling every time he sneezed.

Here we have another tallest man alive who in living in Paris, France today. Brahim was born in Morocco on the 26th of January in 1982, the same year as Sultan. His height is 2.46 meters (8 ft 1 inch) which began when he was 18 years old.

He is one of the tallest man in the world, and the tallest man of where he came from, Iran. Morteza was born on 17th of September in 1987, and he is 30 years old today in 2017. He is a paralympic sitting volleyball player, and he is great at what he is doing. His height is 2.46 meters (8 ft 1 inch), and he might have a chance to grow taller.