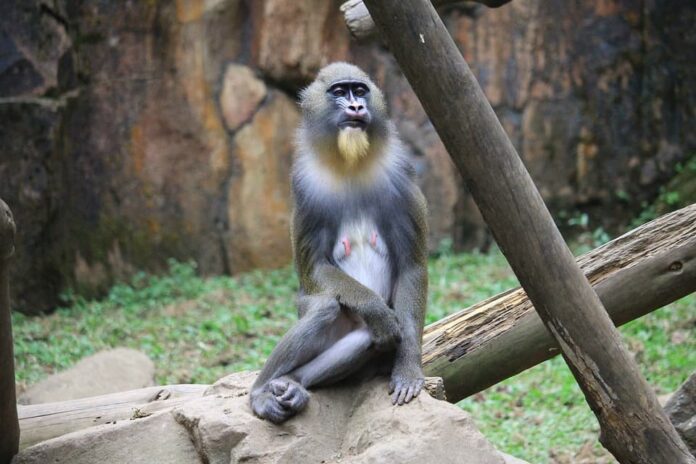 Social distancing seems to be everybody’s new year resolution in 2020 by default, and we’ve been struggling, haven’t we? Little did we know that animals in the wild have been practicing social distancing for so long already. There are some species of animals that enforce strict measures to prevent the spread of disease, one of which is self-isolating. We need doctors to diagnose our illnesses, but what about animals? That is when the special senses of the animals come to work. Let’s see who the amazing animals that can do social distancing better than us out there are.

We all know that ants are one of the animals with the best teamwork. Living in a colony of millions, the chance of spreading contagious diseases is as high as in human cases. That is why the ants have evolved the ability to socially distance themselves when they detect sick members. The amazing thing about ants is that they are not as selfish as some of us humans. The sick ants will do the self-isolation immediately the moment they detect the spore on themselves.

Bees and honeybees species are eusocial insects whose colonies can fall victim to a variety of bacteria, viruses, fungi, and parasites. Honeybees to be exact, suffer from bacterial diseases like American Foulbrood that strike their colonies. The diseases liquify their larvae from the inside, and that can be very harmful to the whole colony. The infected larvae emit certain telltale chemicals that older bees can smell. Once identified, the bees will physically toss the diseased members from the hive.

There is another particular virus called Israeli Acute Paralysis that affects adult honeybees. When one catches the virus, they will use a form of social distancing right away to prevent disease transmission. That would be the fewer contact behaviors and fewer mouth-to-mouth feeding contacts. Bees always want to protect their colony and their queen, especially from diseases, so they leave the hive. However, they don’t go too far.

The thing is that the virus manipulates the bees in a way that spreads the infection to the colony next door. That is when things get messy because guard bees from other colonies are actually less aggressive towards sick bees. Yes, they allow the sick bees into their hive and that is how the virus spreads. This case is also bad news for beekeepers who tend to keep many hives right next to each other. It is somehow quite selfish to protect their own colonies but then spread the virus to other colonies instead.

Specifically American Bullfrogs, their tadpoles have the ability to detect the infection of Candida Humicola in other tadpoles. Candida Humicola is a deadly yeast infection that can harm the tadpole’s life. The American bullfrog tadpoles are adept at dodging this dangerous fungal infection and avoid tadpoles with such infection right away. Just like honeybees, tadpoles rely on chemical signals to determine who is sick and who is not. Such special ability allows them to survive in the wild longer and to avoid such deadly infections better.

Not different from us humans, great apes are one of the animals that practice social distancing when a member is sick. Western Lowland Gorillas is a great example of social distancing, in a heartless way actually. The females will either migrate or leave their social groups and join other groups instead. When a female gorilla decides to leave her group to join another, it is possible that she does so to avoid disease transmission.

There is a study that looked at a bacterial disease known as Yaws that causes visible ulcers on the animal’s face. After a decade of studying nearly 600 gorillas, the researchers noticed females often leave the males and heavily diseased groups. Then she will join the healthier ones, and she will avoid other sick groups at all costs. The study suggests that gorillas have learned the disease is contagious, and they can recognize symptoms in others.

Another example is the Chimpanzees who rely on visual cues to detect infections. Studies have shown that chimps may ostracize (exclude) the members of their troops who have polio. Polio is a viral disease that can lead to paralysis, and humans can also catch this virus as well. Paralysis is the most severe symptom associated with polio because it can lead to permanent disability and death. Healthy chimpanzees have been known to shun or even attack chimps partially paralyzed by polio.

Since chimpanzees are visual creatures, polio-infected chimps may give them a sense of fear and disgust due to disfigurement. That is also a part of the strategy and reason for avoiding catching the disease that causes such deformations. Apart from the attack, the chimps also practice social distancing and stay away from the sick chimpanzees as well. However, infected individuals are eventually welcomed back into the group in some cases. That happens after the recovery of the chimps, and that is when they are allowed to rejoin their social group.

Lobsters also practice social distancing, and here is how they do it. The well-known species that conduct such a method is the Caribbean Spiny Lobster. This lobster species shun diseased members of their community the moment they detect the virus in that particular member. The disease that lobsters suffer from is Panulirus Argus Mininuceovirus. Shellfish like lobsters get this virus from leaky septic systems, faulty wastewater, boaters, or beach-goers. It takes about 8 weeks for lobsters with this deadly virus to become contagious.

Despite the fact that they are social animals, lobsters begin to avoid the infected lobsters once they sense it. That would be around four weeks when the healthy ones start to sense that their member is sick. Lobsters could smell certain chemicals in sick individuals, and that is how social distancing begins.

So mice have the ability to detect illness in other mice, but the healthy ones do not avoid the sick. It is the sick mouse that removed itself from the group. The healthy mice still interact with the sick ones as if nothing was different. However, the sick mice distance themselves so that the others won’t get the disease from them. Some studies suggest that the behavioral change might not be intentional, maybe the sick mouse just felt lethargic. Either way, doing so helps to protect their relatives from the infection which is a great thing.

Not so different from the great apes, the monkeys also have their ways of social distancing as well. Our fellow primates can be harsh when it comes to dealing with the sick ones. Some species eject their members while some abandon their groups, the solutions depend on the species and the diseases actually. As for mandrills, they also have their own ways of dealing with sick members as well. Mandrills also practice social distancing, but they choose who to distance themselves from.

Mandrills may not entirely ostracize the member infected with parasites, but that particular member will receive less grooming until healthy again. The grooming rates simply fall when the individuals become infected with more parasites. Mandrills also show more avoidance of poop with higher levels of parasites as well. So that means they cut back on someone’s grooming partly based on the smell of their poop. On a side note, mandrills continue to care for sick family members. They only avoid the sick individuals to whom they are not related.

Since the Covid-19 outbreak, bats seem to have a bad reputation. However, they actually also have their own way of social distancing when their members are sick. Vampire bats live in colonies that consist of hundreds or thousands of members, and they depend heavily on the social network for survival. That is because they support each other with mutual behaviors that benefit one another like reciprocal grooming and food sharing.

According to the studies, bats will make a few changes in their daily lives when the members become sick. Healthy vampire bats will continue to provide food for their sick members, but avoid grooming them. By doing so, they minimize the contagion risk while still preserving forms of social support to keep the sick members alive. The feeding also occurs among close family members, there are no interactions between sick bats and non-related bats at all.

Fun Fact: Vampire bats need to drink about a tablespoon of blood per night. Three days without blood could kill them.