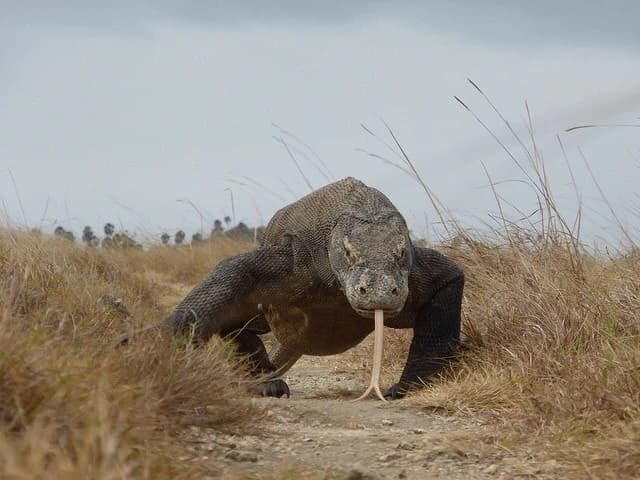 It is somehow cool to step into a land of absolute domain where certain animal species rule. We are talking about an island or particular area where you find one animal species the most. Once we set foot into their kingdom, we will see a large population of those animals in every direction we look. Most of these absolute domains are tourist-friendly, and you can feed or touch them as well. If you are an animal lover, those places are like your paradise. Hopefully, there is a land of your favorite animals somewhere in the list below.

Also goes by the name Aoshima, Cat Island is a purrfect place for cat lovers out there. The number of cats on the island simply outnumbers the human population, and they are the true island rulers. You can see these fluffy felines pretty much everywhere on the island, curling up in abandoned houses and roads. No matter where you go or what direction you turn, you will always see cats around you. Cat Island is actually a small island that has neither stores nor cars.

The island has one ferry that runs twice per day, carrying a limit of 34 visitors daily. Back in the old days, people brought several cats to the island to deal with the mouse population. About a decade later, the population of the feline began to increase while the human population declined. Most of the residents on the island are pensioners who don’t seek work elsewhere after World War II. You can visit the island and feed the cats if you want to, it will be an exciting experience.

Nara Park aka Deer Park is a place where you will find Sika Deer roaming freely with zero fear of people. There are more than a thousand deer living in the park, and they welcome visitors every day. Tourists can buy deer crackers to feed the deer, and it is one fun activity to do. I have been there myself, and it was one of the best moments I’ve had in Japan. Japanese people especially the ones in Nara treat deer with great respect.

You have to bow before feeding, and the deer will bow back to you before accepting your offer. How polite they are to bow back to us, right? Also, I was told to feed the deer using my right hand as a sign of respect. The park is huge, and there are temples and shrines that you can visit apart from the deer. The landscape is beautiful there, and the presence of the deer makes the place even more natural to visit.

Located in Miyagi prefecture, Fox Village is one of the best tourist destinations in Japan. Seeing, touching, and cuddling cute foxes is definitely a bucket list activity for many animal lovers. There are 6 different types of foxes in the village including the rare silver foxes. Altogether, there are over one hundred foxes that roam freely around an area in the village.

The price to enter the village is 100 yen per person, and the price also includes the food as well. However, hand-feeding the fox is not recommended because the foxes are not domesticated. In some parts of Japan, foxes are believed to be the messengers of the Shinto deity “Inari Okami”, the god of fertility, prosperity, and rice. While in other parts especially the west, people consider them as sly tricksters. No matter what, it would be super nice to see them furry cuties once.

Komodo Island is famous for being the habitat of the Komodo dragon, the largest lizard on Earth. There are more than 2500 Komodo dragons on the island while there are only about 2000 people living there as permanent residents. Quite different from other lands in the list, Komodo Island is not a land of cuddling with cuties at all. Well since Komodo dragons can reach up to 3 meters in length with an aggressive manner, there is nothing cuddly about them.

Not to mention that they consume large prey like water buffalo, deer, carrion, and pigs, and we don’t want to be near one of them. Plus with their venomous bites, being near one is not so safe at all. Tourists visit Komodo Island for spectacular diving and snorkeling adventures due to the beauty of the diving sites there. Hiking is also part of the activities on the island as well. Komodo dragons also occasionally attack humans, so it is better to keep a distance from them.

5Land of the Stray Dogs

With about one thousand stray dogs that explore the beautiful landscape with complete freedom, the land is simply heaven. The scenery of adorable stray dogs playing and running freely is absolutely beautiful for dog lovers to see. The rescue team in Costa Rica has rescued hundreds of stray dogs and brought them to a place called home. Each dog has a name, and all of them are very adaptable to their new family. You will see dogs of different breeds there in the land, and you can come to visit them at the shelter. On top of that, all of them are up for adoption so you can even adopt one as well. Want a companion of a mix-breed? You know where to find them now.

There are many penguin islands out there actually, but penguins rule to the fullest on this particular island in Australia. Penguin Island is off the coast of Western Australia, and it is home to more than 1200 penguins. That is why the island is one of the best places for tourists to relax and enjoy the view of penguins. It will be so fun to watch those cuties walk and run along the coast, having the time of their lives. Apart from penguins, you will also find pelican colonies there on the island as well. Not to mention there are coffee shops, gift shops, and other facilities that you can explore on the island. Maybe this little island will capture your heart with its beauty.

Want to experience unique things in life? Pack your bag and go to Pig Island in the Bahamas, things are totally different there. No one knows for sure how the swimming feral pigs ended up on the island. Legend has it that sailors dropped off the pigs for a good night’s dinner, but they didn’t return for them. Some said these adorable pigs are shipwreck survivors while others said the pigs are just tourism business schemes. The origin does not matter when the sight of swimming pigs like that is something fun that we cannot unseen. That is how you add experiencing new things to your bucket list.

Quokkas, the happiest animals in the world, are the one creature that you should see when you go to Australia. Forget about the kangaroos that might kick or box you, quokkas bring more fun and smile with their happy faces. Rottnest Island is the home to Quokkas, and they are not afraid to approach people closely at all. It is true that you are not allowed to feed them because our food is somehow dangerous to them. Causing any harm to quokkas can result in a large amount of fine, so be careful around ones. All strict rules aside, these cuties will definitely put a smile on your face the moment you meet them.

Also known as Usagi Shima, the island is filled with a lot of feral rabbits. Just like the deer in Nara Park, these rabbits wander freely and they have no fears of humans at all. The rabbits will approach visitors and eat the food that you offer them. These fluffy warriors will attack you with love, and visiting them will be one mesmerizing moment to remember. Back in World War II, the rabbits were the testing items for chemical warfare research right on the island. The ones who are involved with chemical munitions are no longer alive on the island. The survivors were freed after the war ended, and they multiply their number and then become the conquerer of the island nowadays. The rabbits there are very friendly, and they never harm the tourists at all. Go there once, and you will totally fall in love with this fluffy island.

With almost 44 million red crabs, the island also goes by the name Christmas Island. During breeding seasons, you will find red views of crabs crawling on and along the road. There are so many of them you can’t avoid stepping on one. Their great migration starts during the wet season which is in October or November. The migration can last up to 18 days, and vehicles are used less during those days. The red crabs sometimes cause accidents due to their tough exoskeletons that are capable of puncturing tires. That is why local park rangers work hard during breeding seasons to ensure the safety of both the crabs and humans.

An absolute domain full of seals, there are about 64,000 cape fur seals on this tiny land. The unique thing though, there is no vegetation, soil of any significance, or beach on the island at all. Just a great number of seals hanging out surrounded by great white sharks. Going there is cool because you may be the witness of live shark attacks on seals. If you are unfortunate, you will be on the scene of the attack for the seals to watch instead. It is absolutely safe if you follow the rules and refrain your curiosity from entering the feeding zone of the sharks. Take a Seal Island Boat Trip, and the beautiful sight of seals and Kept Gulls will be right before your eyes.

One bite from any of these, and your flesh will simply melt as a result of their venom. There is a lighthouse on the island with the purpose to steer the ships away from the island. Only the Brazilian Navy, permitted researchers, and brave biologists are allowed on the island for research and data-gathering purposes. Apart from these, there are no humans residing on the island at all. There are more than 430,000 snakes on this island, and they rely on birds for food.