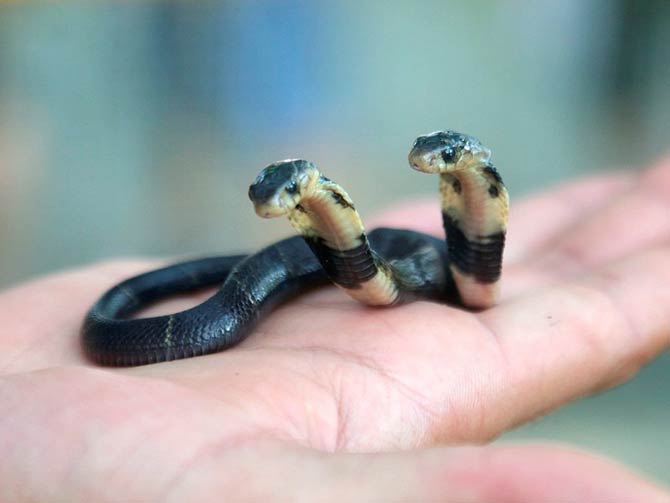 Earth is a big planet where many creatures form and live their lives. Some creatures were born naturally while others were born differently from their species. There are some fascinating things about animals, especially the ones with 2 heads joined to one torso. The condition of having more than one head in both humans and animals is known as Polycephaly.

The term polycephaly defines an organism that has more than one head with a shared body. This phenomenon is formed by the process of conjoined twins from monozygotic twin embryos. The fascinating thing is that this condition is more common in reptiles. If you search for polycephaly, many reptiles, especially snakes will come in the results.

There have been many cases about both humans and animals who were born with two heads. You can also see those mystical creatures from Greek mythology and other cultures as well. But today, let’s take a look at some real double headed animals on earth.