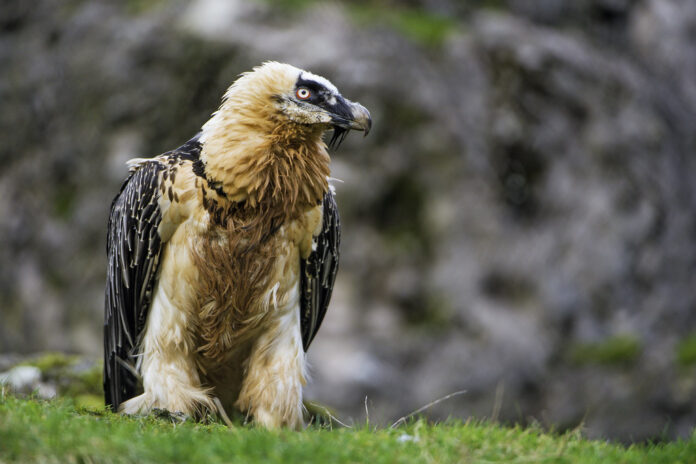 These dangerous birds are something we need to not mess around with or we will end up severely injured. If you see any bird among these 10 on the list, make sure you stay quite a distance from them. And no, don’t throw rocks at them. Even if some of these are flightless birds, they have even better weapons to kill you. Just remember that if a bird is flightless and comes in a huge size, it can run faster than you imagine. One kick, and you are done. There are more to be aware of, so take a look at the list and memorize their names. It’s worth it.

With the reputation of being the largest bird on earth, an African Ostrich is not the bird you should mess with. They can grow up to 7 feet with 240 pounds of weight. While a human being like I am here is only 5 feet. African ostrich are just like other birds, they are serious about their territory, and they not afraid to attack. Since they can run as fast as 43 miles per hour or even faster, don’t do anything silly around them.

Even with a smaller size than great horned owls, they also attack hikers as well. There have been reports of death attacked by barred owl on people. Since they have sharp claws and talons, and they can fly, of course they can kill us. Except they don’t hunt people, they attacked if they are threatened only.

Cassowary is like the prehistory bird with the look and color that they have. They are also one of the most dangerous animals in Australia as well. This bird can stands as tall as 6 feet with the weight of more than 130 pounds. The most powerful weapon of cassowary is the razor sharp toe nails on their feet. What can those nails do? They can stab you and rip you open without hesitation in just a blink of an eye. If you don’t invade their nest or territory, the cassowary as just as nice as a kitten. Not the right metaphor, but that is close.

Not different from the cassowary and ostrich, emu is a dangerously strong flightless bird that you should know. They can run as fast as 30 miles per hour, and they can kick you like a sandbag. Emu has strong toe claws that can injure you which sometimes even lead to fatalities. Not many human attacks by an emu report lately, I believe we know who to stay away from.

This is the type of bird that steals our food and attack us. This bastard has sharp bills that can poke any part of our body. They either attack alone or in groups, so be aware of that. So there were this woman and her dog attacked by the European Herring Gull before. She ended up having deep wounds on her head, and her dog died. There was also a man died from a heart attack because the group of these gulls mobbed him.

If you are a jogger or hiker, stay alert when you go near the great horned owl’s nest. Owls are fast, and they can swoop and attack without giving any warning at all. They have sharp talon that can repeatedly stuck your head, eyes, and your head. This type of owl is big and strong, but they only attack when they defend their owlets, mates, or territory.

The bill of a great northern loon is so sharp it can pierce through a human. They only attack predators so don’t make yourself look like a predator to them. Also, keep a distance from them. There was one worst attack case from the loon. This loon feeds on fish in the water, and lake pollutions cause them to move and decline in population. So, scientists had to put bands on their legs to keep on their movement. Without careful action, an ornithologist approached a loon and was mistaken as a predator by the bird. It plunged its sharp bill through his ribcage and straight into the heart of the man. Killed him in that very moment.

That might be a weird name, but this German name is translated to Lamb Vulture in English. Look at that face, this bird has no sign of friendliness inside them as you can see. The strange part is they don’t fly and rush to attack human. Their favorite food is the soft marrow inside bones, and tortoises. Now you might ask how do birds eat tortoises. They are smart, and they can fly. Of course, they carry the tortoise up to sky and drop them on the ground to break the shell. And that is when it is dangerous to us, we never know if there might be a tortoise from the sky. There were a few people died from the incident so far, so I hope you are careful in their region. The habitat of the Lammergeiers are from Central Asia and Eastern Africa to Spain.

If you believe that swans are the gentle and beautiful creature, think again. Mute swans are so aggressive and territorial, and they attack anyone who invade their nests. You will know if they want to attack you, the swan will hiss if you go any closer. And if you don’t back up, they will charge. Simple as that. How bad are the injuries? Well, just broken bones, bruises, or lose an eye if you’re lucky. Yes, they are strong and they have muscular wings. Mute swans are not angels. Don’t.

If athletics classes had to move indoors because of the red-tailed hawks, you know how dangerous they are. They will attack if they see you as threats to their territory during nesting season. It is just the way they use to chase people away is a bit fierce and cold. They will swoop down and use their sharp claws and talon to rake you. There have been people attacked by them yes, and the injuries were not pleasant.