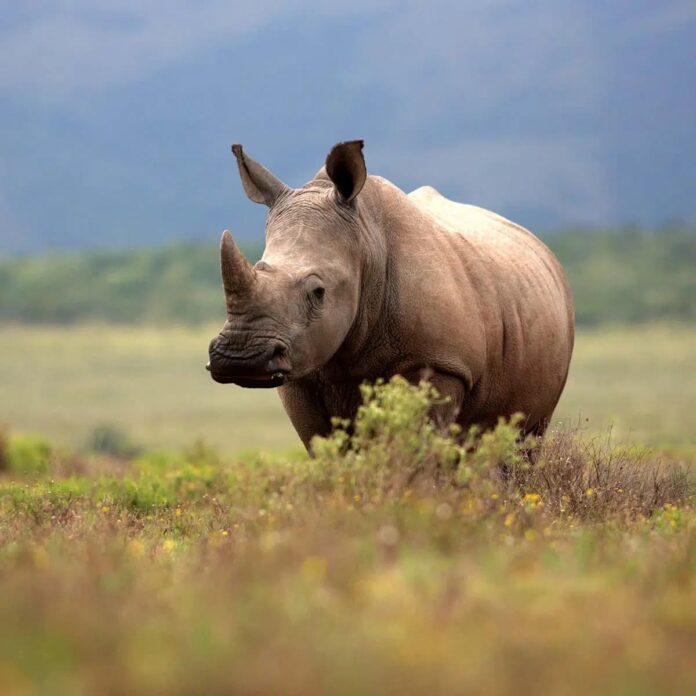 Rhinoceros is a strong and large mammal native throughout Africa and Asia. There are 5 main types of rhinos, and most of which are already endangered due to poaching and hunting. Rhinoceros have thick and protective skin, and their special feature is the horn on their nose and head. The high demand for this special feature leads to a high level of poaching and the loss of their habitats. Before these incredible animals have gone to extinction, we shall know about them a little bit. This article is here to introduce you to types of rhinoceros along with some information about them, so check it out.

Known as Hook Lipped Rhino, Black and White rhino are not defined based on their color at all. Black rhinoceros is much smaller in size, and the species has the traditional 2 horns. There are eight subspecies of Black Rhino, 3 of which have become extinct. Those that have gone extinct are North-Eastern Black Rhino, Southern Black Rhino, and Western Black Rhino.

There are various threats to Black Rhinos including habitat changes, illegal poaching, and competing species. Ancient Chinese hunted most rhinoceros since 1200 B.C. The Chinese often hunted rhino horns for the making of wine cups while their skin was for crowns, belts, and soldiers. As for the Middle East, they hunted rhinos for their horns to make daggers called Jambiyas. Let’s just hope that their population doesn’t decrease.

Goes by another name of Indian Rhino, this species is the largest of rhino species in Asia; and they have only one horn on their nose. Once widespread across the entire northern part of the Indian sub-continent, their population plummeted as people hunted them for sport and horns. Sport hunting became common in the late 1800s and early 1900s when Indian Rhinoceros were hunted relentlessly and persistently.

Poaching for their horns became the main reason for the decline of their population. There were 6 hunting methods including shooting, trapping, electrocution, poisoning, spearing, and using noose. Then legal hunting was ended at the beginning of the 20th century thanks to the strict protection and management of Indian and Nepalese wildlife. That helps the population of Indian Rhino to increase to a remarkable number.

Javan Rhinoceros aka Sunda Rhinoceros or Lesser One-Horned Rhinoceros, is one of the endangered rhino species in the world. The unique thing about these rhinoceros is that only adult males have horns, and females don’t. You can find them on the islands of Java, Sumatra, Southeast Asia, India, and China.

Just like all rhinoceros, the decline of their population is due to the poaching for their horns for various purposes. Their current population is only around 67, and all of which are in Ujong Kulon National Park. There might be a few more others out there, but we never know if they can survive the extinction or not.

Sumatran Rhinoceros is the smallest of all rhino species, and their population is highly dense in Sumatra and Borneo. Also, this rhino species is the most endangered of all rhinoceros species due to poaching in the last 20 years. Nowadays, there are less than 80 Sumatran Rhinoceros surviving in the world, and they will be extinct soon. That is because of the unstoppable hunting and the loss of habitats in the wild.

White Rhinoceros or Square-Lipped Rhino, is the largest species of rhino in Africa. On its snout are two horn-like growths, one behind another. The horn element was solid keratin, which differs from the horns of bovids with a bony core. White Rhinoceros has a noticeable hump on the back of their neck. Also, each of the four stumpy feet has three toes. The cool thing is that their ears can move independently to pick up sounds.

The population of this incredible creature started to decline during uncontrolled hunting in the colonial era. But for now, the primary threat is poaching because they are large and unaggressive with poor eyesight. Their horns are special for Asian medicine as people believed that the power of rhino horns can treat a variety of illnesses.

The shocking story was in March, 2017 back in Thoiry Zoo in France which was broken into by poachers. A Southern White Rhinoceros named Vince was found shot dead in his enclosure. The poachers had removed one of his horns and attempted to remove the second one. That was the first time a rhinoceros had been killed in a European zoo. Many poachers are still willing to risk death or prison time due to the money that they make from it. So basically, rhinoceros are still in danger.