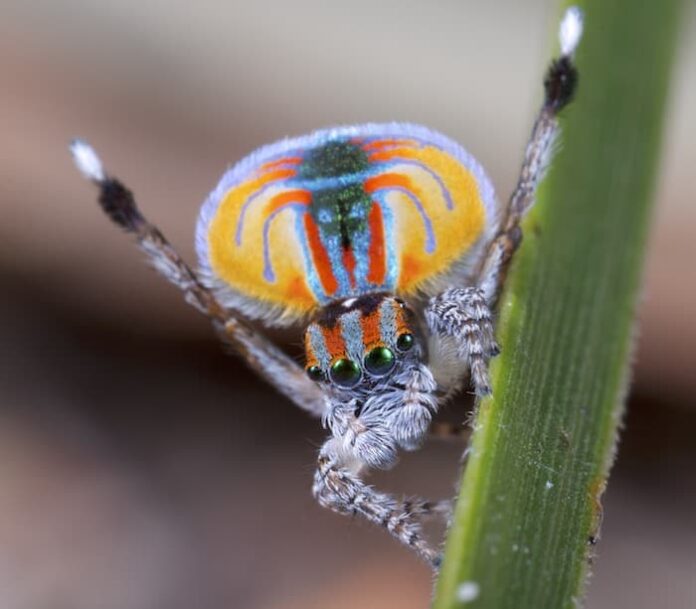 Names are always important no matter if it is the name of the people, pets, and other animals. Just like these animals with weird names, they are going to be called that way for life because of the people who discovered them. Some scientists or discoverers usually give scientific or some badass name to the new animal species they discover. For example, Fossa, that sounds cool, right? Yet some other people, they chose to give funny and weird names to the poor animals instead. Want to know what those weird names are? Take a read below and let me know which one you think is the funniest.

It is not uncommon that weird and scary things usually occur in Australia, that continent is just full of peculiar stuff. So Aha Ha is a species of wasp found in Australia, and it was named by entomologist Arnold Menke in 1977. Back then, Arnold’s friend, Howard Ensign Evans was traveling around Australia when he collected a number of wasps to study. He then mailed two of them to Arnold from the US Department of Agriculture. When Arnold looked at the wasps, he exclaimed “Aha! A new species!” to which his colleague, Eric Grissell, responded doubtfully, “Ha!” Well, those two were the new species of wasps which were name Aha Evansi and Aha Ha.

Some years later, Menke said some other funny things.

“If the gods were kind enough to send me more new species of Australian wasps, I would name it Ohno. I will report the discovery in a paper entitled Ohno, another new genus of Australian Sphecidae.”

Too bad that day never came, so we only have Aha Ha for now.

Boops boops is a sea bream species native to the coasts of the eastern Atlantic, and they avoid brackish water. Their name is derived from Greek which literally means cow eye, and this species is a popular food in some areas. The fish feed on seaweed, crustaceans, and some plankton, and they usually swim in schools that rise to the water’s surface at night. With their good taste, people cook them in many different ways such as pan-fried, boiled, and baked fresh. The bad part is boops boops is a host to a wide variety of parasites which is at least 67.

Here we have one of Britain’s bulkiest beetles that can be heard and seen buzzing and bumping against light fittings and window panes. You can find them all over Europe especially in late April to July, and these beetles are one among the pests. The grubs of Cockchafer can devastate cereal crops while the adults eat leaves and flowers. Cockchafers got their nickname from the buzz during their flight, and that name was used for Germany’s V-1 flying bomb in World War II. These pests actually look adorable, and they have these cute antennae with leaves on their head. If you look closely, you can easily recognize which one is the male and which one is the female. Male Cockchafers have seven of those leaves on their antennae while the females have only six. Cockchafers are too cute for a pest, what do you think?

Living in the bushland of eastern and southern Africa, Dik-Dik is small antelope species with a very cute face. These antelopes got their names from the alarm calls of the females that sound like “zik-zik” or “dik-dik”. The antelopes make that noise by whistling through their long tubular snouts when they feel threatened. Dik-Dik are herbivores, and their diet mainly consists of foliage, shoots, fruit, berries, and very little or no grass. As for the predators that normally hunt them are leopards, caracals, lions, hyenas, wild dogs, cheetahs, jackals, baboons, eagles, etc.

Fun Fact: Dik-Dik mark their territories with tears by poking their eyes in the grass to spread the sticky secretion.

Such a scary name for a harmless amphibian, Hellbender is just a slimy salamander that feeds on crayfish. A herpetologist C.M. Bogert once wrote, “Early settlers thought that the animal looked like a creature from hell where it was bent or returning.” These amphibians are Norther America’s largest salamanders, and they can grow over two feet (60cm) long which makes them the third largest salamanders.

You can easily recognize them by their flat body and head especially their super slimy skin. These salamanders usually live in shallow, fast-flowing, and rocky streams where they can easily catch crayfish and small fish. Hellbender is now among the endangered species due to degraded water quality, habitat loss, sedimentation, pet trade collection, and mining.

There is not much information about this flurry fly species, but their name does sound like a piece of cake. Derived from the Greek “Piezos” which means to squeeze, the name refers to the peculiar shape of the female’s sperm pump. As for the person who named the species, it was Neal Evenhuis, the man who is known for his humorous ways of naming.

At this point, I don’t know which one to focus on first; that name or that strange-looking face. There is nothing sarcastic about this fish, but look at the size of that mouth though. Sarcastic fringehead is a small yet ferocious fish with a large mouth and aggressive territorial behavior. Not charming indeed, but the size of their mouth defines who the winner is in their territorial battle. Two fringeheads will wrestle by pressing their distended mouths against each other, the larger fish will establish dominance. You can find them on Pacific coast of North America, and they can grow as long as 30 centimeters.

I hope your mind is not as dirty as mine the moment you see the name of this innocent fish. Slippery dick is a species of wrasse native to shallow and tropical waters of the western Atlantic Ocean. So why that name? The slippery dick has its strange name from its ability to escape from the nets, pounds, and hands. That is because the fish is quick in moving, and of course, it has a slippery surface. If you thought eels were slippery, try holding the slippery dick; we are still talking about the fish. All dirty jokes aside, this fish is super cool due to the three different phases throughout its life.

Fun Fact: The inhabitants of the Bermuda Islands don’t eat this fish because they believe that they will lose all their hair.

Such a cute name for a colorful peacock spider species like this one, don’t you think? A bit about them, this species doesn’t weave webs to catch prey since they prefer to stalk and hunt instead. So Sparklemuffin is an Australian member of the jumping spider family, and they got their name from a graduate student who discovered them. Apart from their name and their beauty, Sparklemuffin is famous for their rolling-shaking mating dance which is super unique. The dance is known as a courtship display, during which they extend their median and posterior fringed spinnerets. The better the dance, the higher the chance they will get to mate with the female. You can click here to see the full courtship dance of this little Sparklemuffin.