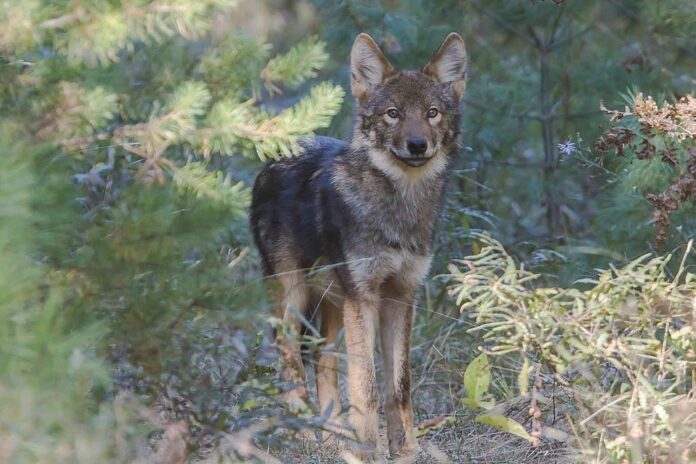 Pets are like best friends since they share the house and the fun with us. However, there are certain dangerous pets that every owner should maintain their distance from to avoid becoming their best friend’s victim. Sometimes our pet friends tend to change their mood and see us as their enemies or food instead. Today we bring you 10 dangerous pets that killed their owners, and some of these pets even ate their owners after the killing. If you own any of the pets on the list, learn the code and be cautious at all times.

You can have a bear as a pet if you are strong enough to take one down like a strong Russian man. Kelly Ann Walls who was a 37-year-old woman did not think through that. Not only she had a bear pet, but also a Bengal Tiger and an African Lion; pretty badass. People often told her that one day one of her dangerous pets will attack her, and she never believed it. It was neither the tiger nor the lion, but it was the bear who mauled her to death right in its cage.

She gave him some dog food and turned her back on him to clean the cage when he attacked her. The bear wounded her fatally, and the assumption was that he was not happy with the dog food she gave him. Bears will be bears, they can be aggressive they are not afraid to attack their own caretakers.

This creepy crawlies is one of the most venomous animals, and some people still love it. And some unfortunate owners lost their lives to these beloved yet dangerous pets, Mark Voegel from Germany was one of them. The man was found dead in his apartment when his army of exotic pets escaped their cages.

The creepy thing is his corpse was draped in spider webs which had been there for at least two weeks. There were more than 200 spiders accompanied by several snakes, thousands of termites, and a gecko. Those might have been either all of his pets or the guests invited by the black widow to feast on the man’s dead body.

Authorities believed that his Black Window whose name was Bettina bit him which caused him to die. Then the other creepy crawlies came to eat Mark’s body for days. Also, all of those crawlies had taken his apartment and roamed the place freely as if it was theirs. It sounded like a scene from a horror movie, but the witnesses who saw the scene freaked out for days.

In this case, the bull was more of livestock rather than a pet but they are super dangerous still. So Riki Weinhold leased a barn space in Wernersville which is northwest of Philadelphia for his domesticated bulls. Just one day before his 53rd birthday, he was attacked by his one-ton bull and died succumbing to the injuries. No one could find what caused the bull to attack him, but that teaches us to be cautious around these animals.

The police in Liverpool entered a man’s house to find him deceased whereas his dog Buster was in a frantic state. As a man’s best friend, people presumed that the dog was upset over his owner’s death. The twist was that Buster the Bull Terrier had been feasting away on his owner’s corpse for a few days. Dogs are not really dangerous pets, but they might not have a choice but to eat their owner when hunger strikes.

Pam Weaver’s husband gave her a pet camel as a birthday gift for her 60th birthday, which is kind of weird. Not to mention the camel had a history of erratic behavior, camels are very dangerous pets to have. The ten-month-old camel wandered loose in the backyard one day, and he knocked his owner to the ground. Then he stomped her on the head, and lay on top of her straddling her until she ran out of oxygen. Dear husbands, opt out of camels even if you run out of gift ideas for your wife.

It is not a common case for cats to consume their owners, but this stubborn animal attacks humans a lot. The one certain thing that every cat owner should know is that your cat will be the first to buffet over you. That includes when you pass out or drop dead in the house.
Janet Veal was the case, and there are some more probably. The neighbors called the police because they hadn’t seen her for a couple of days. When the police arrived at her house, they found her dead body with her cats on top of it, dining. It is okay to live alone and have a lot of cats, but having them feasting on our corpses is very disturbing.

Ferrets are actually agile, delightful, and amusing to be around; most of the time. The thing is that some owners forgot to realize that ferrets also have a sharp set of tiny teeth. Those tiny teeth are as sharp as piranha’s teeth, and tiny teeth go well with tiny humans. One case of a killer ferret pet was in Missouri when the family was awakened by the cry of their infant.

It is normal for babies to cry at night, maybe they are hungry or want their diapers changed. The assumptions were all wrong. The parents walked into the room to find their loving baby covered in blood from both of its hands. Their pet ferret ate 7 fingers of the baby, and the child was rushed to the hospital for recovery. As for the ferret, it was killed for good.

Cute and fluffy, hamsters are one famous pet that people throughout the world love to have. Little do we know that hamsters are also among the most dangerous pets. This small creature does have a reputation for eating each other, and sometimes turning into a cannibal in the house. And that was what happened to a poor 43-year-old woman.

The woman was found dead in her home along with her loving pet hamster. The autopsy of her body revealed some ghastly things that no one would expect. Her body had chew marks on it, and we all know where those little marks came from. But that’s not all. The police examined the hamster’s burrow and found chunks of human skin, fat, and muscular tissue. We don’t know how that happened but don’t own a hamster if you live alone.

Isn’t that a bad idea to own one of the dangerous animals like a hippo as pet? Well, there are always people with soft hearts who think that these wild animals will change. One of them was Marius Hels who was a South African farmer who had kept a hippo at his farm. He had the hippo as pet for years, and he also had heard countless warnings about this huge and aggressive animal.

One day, his body was found floating in the river being thoroughly chewed up by his pet hippo. No one knew what happened and how it happened, but people who knew him already expected that to happen. That is a lesson to learn, do not keep large animals with teeth like a hippo as pets. Dangerous pets are really dangerous.

Wolves are cool and all, but wild animals should belong in the wild not in the house with us. Sandra L. Piovesan had raised a pack of nine wolf dogs by herself due to her unconditional love for the animals. Her neighbors called that unqualified love because these are actually dangerous pets. Not for long, her dead body was found one day in a caged rectangular enclosure in her backyard. The woman had bled to death after being clawed and bitten and then dragged to the enclosure by her loving dangerous pets.