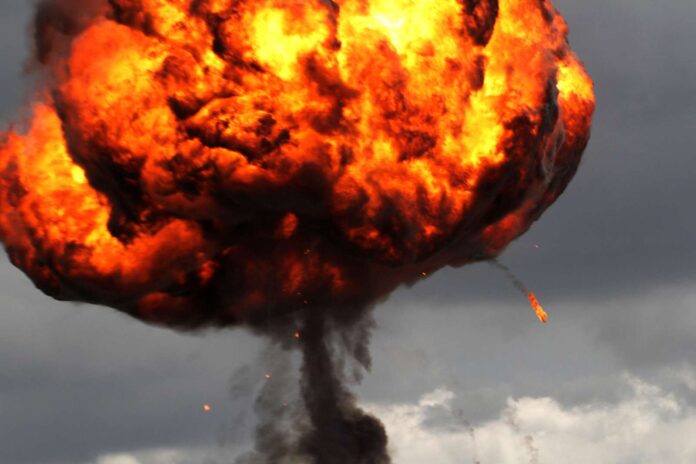 When it comes to the most disastrous nuclear accidents, Chernobyl is always on the list. The disaster happened after a sudden surge in power during a reactor systems test which resulted in an explosion and fire. During the explosion, the fire destroyed Unit 4 which led to the escape of massive amounts of radiation. It sent a plume of radioactive fallout into the atmosphere that was 400 times greater that the atomic bombing in Hiroshima. The plume drifted across the western Soviet Union (Ukraine), and it affected parts of Eastern, Northern, and Western Europe.

It killed 50 people at the reactor site at the time of the accident. There were thousands of people around the area died, and as many as 70,000 suffered severe poisoning. Also, there were over one million people may have been exposed to the radiation. At the same time, more than 220,000 people had to relocate from their homes, and never to return again. As a matter of fact, the area may not be livable for as much as 150 years or even longer.

In the case of the Fukushima nuclear accident, it was never the fault of the people who worked there. On the 11th of March in 2011, there was a massive earthquake measuring 9.0 Richter struck the area. Immediately after the earthquake, the active reactors automatically shut down their sustained fission reactions. Unfortunately, the earthquake brought a huge tsunami with it which made things even worse for the nuclear factory and the whole area.

The tsunami reached levels twice as high as the plant could withstand. Plus with the power cut off after the earthquake, the backup diesel generators were disabled, crippling the reactor cooling systems. That led to the exhaustion of battery power which overheated fuel in the plant’s operating reactor cores, causing hydrogen explosions.

The explosions severely damaged three of the reactor buildings, and the reactor cores melted which released radiation that contaminated surrounding areas. That forced the evacuation of nearly half a million residents nearby. Until March 2016, more than 171,000 evacuees were still unable to return home due to the amount of contamination. There were approximately 1,600 deaths during the evacuation mainly the elderly who were living in temporary housing and those who were in hospital closures.

After World War II, the United States was the foremost nuclear power in the world. So the Soviet Union quickly built nuclear power plants in order to catch up, although they cut corners a little. Mayak plant near the city of Kyshtym had a tank with a substandard cooling system. As a result, it failed, leading to the increasing temperature which caused an explosion that contaminated almost 500 miles of the surrounding area.

The explosion caused a plume of deadly particles to swell above Ozyorsk, and 10,000 residents were evacuated. Unfortunately, the evacuation only began when some of the residents began to show signs of radiation sickness. The report said that some of them had mysterious ailments, including people’s skin sloughing off from exposed body parts. According to the study, there were at least 200 people died from exposure to the radiation.

Just a partial meltdown of Unit 2 at Three Mile Island is already considered the most serious nuclear accident in U.S history. It occurred when the cooling system failed which caused a partial meltdown due to the heated core to over 4,000 degrees. As the radioactive steam began to pour out of the plant, the radiation levels elevated within days. So Pennsylvania Governor Richard Thornburgh ordered the evacuation of pregnant women and small children from the area.

After 3 days, plant workers were able to address the problems and ended the threat of a meltdown. So the full meltdown was averted and there were no fatalities or injuries during the accidents at all. Still, there were some controversies regarding the leading to cancer and infant mortality rates in the region. Since then, there have been many demonstrations and increased awareness of the need for emergency preparedness at the state and local levels.

This is Britain’s first nuclear reactor that had the purpose to produce plutonium and other materials for the country’s burgeoning nuclear weapons program. On the day, workers conducting standard maintenance at the massive facility noticed rising temperatures. Upon their inspection, they discovered that the reactor’s uranium-filled graphite core had caught fire. The worse part was that the fire had been ablaze for two days which released dangerous contaminants into the atmosphere.

The reactor was on the verge of collapse, so plant operators risked their lives to fight the flames with cooling fans and carbon dioxide, but failed. Then, they used water which eventually succeeded on the 12th of October. But by that time, a radioactive cloud was already spreading across the United Kingdom and Europe. Some sources said that there were more than 200 cancer deaths due to the disaster.