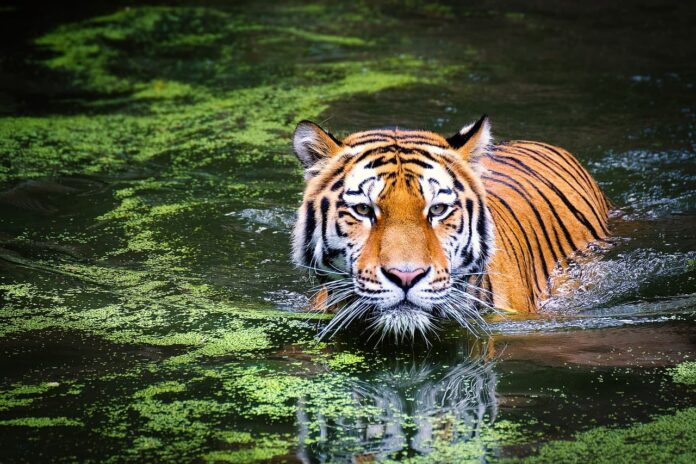 Tigers are one majestic yet dangerous animals that have been on earth for so long. There are not many types of tigers that are the subspecies of these interesting animals, so that is something that we should know. Despite the fact that tigers are aggressive and carnivorous, many of them have also been hunted in a great numbers. As a matter of fact, a few types of tigers are already extinct while the rest are close to extinction. To know more about the types of tiger subspecies in detail, let’s find out with us below.

Bali tigers were extinct because their habitats continued to be destroyed as well as hunting. People used harsh hunting methods by catching them with a large and heavy steel foot trap hidden under the bait and then shooting them at close range. Those hunters were the Dutch, and they called that “Hunting Trips”. The very last of its kind was an adult female who was believed to have been hunted and killed in Sumbar Kima.

Bengal Tiger aka Royal Bengal Tiger is the national animal of both India and Bangladesh, and they are the biggest cat alive today. Nowadays, you can find them in Bangladesh, Bhutan, India, and Nepal, and there are only about 2,500 adult Bengal tigers alive today. This tiger subspecies is endangered and is threatened by poaching as well as loss and fragmenting of habitat.

Tigers look similar to one another, but there are still slight differences that distinguish them. Bengal tiger’s coat is yellow or light orange with stripes ranging from dark brown to black, and their tail is orange with black rings. This type of tiger is a carnivore, and they prefer hunting large ungulates like chital, sambar, gaur, water buffalo, and more. India is home to the majority of Bengal tigers with the hope to protect them from going extinct.

Caspian tiger was one of the types of tiger that become extinct due to hunting and habitat loss. They were the largest tigers weighing more than 300 pounds with the powerful and muscular bodies as well as strong legs. Humans killed off these tigers in gruesome ways in the 1960s. Extensive poisoning, trapping, and the destruction of their natural habitat were the main cause of their permanent disappearance.

Indochinese tigers live across China, Vietnam, Malaysia, Cambodia, Laos, Thailand, and eastern Burma. Nowadays, the largest population unit survives in Thailand with only about 252 individuals, then 85 in Myanmar, and 20 in Vietnam. As for Cambodia, the tigers are already extinct in this country. This tiger subspecies is endangered because of hunting for trophies, poaching by farmers, and demands for tiger bones to make medicine.

This is the tiger subspecies that used to live on the island that it got its name from. Back in the 19th century, Javan tigers inhabited most of Java especially remote mountainous and forest areas. Till World War II, Javan tigers were living in some Indonesian zoos but then closed during the war. After that, these tigers were so rare to not easily seen anymore. There have been reported sights of Javan tigers, but were confirmed later to be Javan leopards and other animals instead.

Malayan tigers and Indochinese tigers have very few differences from each other, but Malayan tigers appear to be smaller in size. These tigers live their life preying on deer, pigs, sun bears, young elephants, and rhino calves. Not different from their relatives, Malayan tigers are close to extinction because of commercial poaching, development projects, and agriculture. Nowadays, their population is no more than 340 which is why they are in the critically endangered tiger subspecies.

You can easily tell one tiger is a Siberian tiger by its muscular look along with large heads and powerful forelimbs. As for the face, Siberian tigers have long whiskers with eyes that don rounded pupils accentuated by yellow irises. It is one among the other types of tigers that are under protection from becoming extinct.

Just like most tigers, the population of Siberian tigers declines due to poaching and habitat loss from intensive logging and development. Poachers hunt for this type of tiger for their fur as well as body parts to use in traditional Chinese medicine. Siberian tigers rarely attack humans unless provokes, and their population nowadays is only about 540 adults at most.

These are the smallest tiger subspecies from mainland Asia, and their population is very low. There were more than 4,000 individuals back in the early 1950s, and there are barely 50 now. South China tigers are on the brink of extinction due to endlessly hunting and loss of habitats. According to World Wildlife Organization, the South China tiger is “functionally extinct”. Also, it has not been sighted in the wild for more than 25 years so far. It is absolutely unfortunate, and they may be the next tiger subspecies to become extinct.

Sumatran tigers are the smallest surviving tiger subspecies that you can recognize by the heavy black stripes on their orange coats. Major threats to these tiger subspecies include habitat loss due to the expansion of palm oil and acacia plantations as well as illegal trade. In Indonesia, anyone caught hunting tigers could face jail time and steep fines. However, the population of these majestic tigers is still declining to the point that there are no more than 50 individuals now.