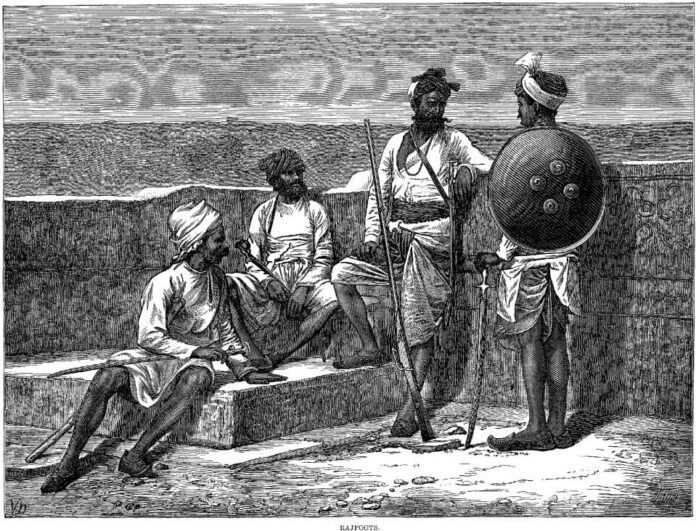 Caste system or caste is the way society differentiates groups of people by their social status. There were many countries that had caste systems back in the old days. Although many countries abolished this system, some regions or people still follow caste. You will find 3 countries whose caste system still exists below, so let’s see what they are.

The caste systems in India have been around for thousands of years. They use castes as the basis of regularity and order in society. At the same time, it represents a division of labor based on the birthright by moral and religious concepts. Caste systems have dictated the life of Hindus for centuries in both rural and urban areas. Each individual who was born in India was believed to be originated from the Hindu God of creation, Lord Brahma.

In some areas, you can tell a person’s caste by his or her last name. Those who conducted good wills will contain good birth from the head, the arms, the thighs, and the feet of the god. In contrast, the people who had been evil will be born as animals instead of humans or as chandala. There are 4 castes (Varna), depending on from which part of the body of Lord Brahma the person is born.

The Brahmins were born from the head of the Brahma, and these people are on top of the caste. Traditionally, the Brahmins are supposed to become intellectuals, priests, and teachers. Also, the members of this caste tend to be strict vegetarians. Brahmins devote their time to studying, teaching, performing sacrifices, and officiating religious services.

The second caste is born from the lord’s arms, and those are the rulers and the warriors. Their jobs are to protect, administer, and promote material welfare within society. Male children of this caste were considered symbols of masculinity while female children needed to be gentle and well-behaved.

People who were born the thighs are artisans, farmers, and traders who contribute to the economy of the country. One of their main occupations is cattle rearing, with the possession of a kingdom’s cows, elephants, horses, and more. A Vaishya woman shares the burden and supports her husband in agriculture, business, and cattle rearing. On top of that, Vaishya women are allowed to choose a spouse of their choice from all 4 Varnas.

Coming from Brahma’s feet, the Shudras are slaves or workers and they do all the menial jobs. The Shudras supply manual labor needed for the economy and well-being of the country. This caste works are a server of the other 3 castes above in various works. They would serve the Brahmins in their ashrams, the Kshatriyas in their palaces, and the Vaishyas in their commercial activities.

Each of the main castes above is further divided into around 3,000 castes along with 25,000 sub-castes. These many castes are based on the specific occupations of each individual in the Hindu caste system. Outside the systems were the achhoots – the Dalits, Chanlandalas, or the untouchables. The people of this fifth caste had a status so low they did not belong to a caste. Until the 18th century, the formal distinctions of caste became more flexible as people could easily move from one caste to another. Then in 1950, the caste system in India was officially abolished albeit it still exists in some people’s aspect.

Things are different in Iran when it comes to the caste system because it is more like a social class. The social class was there in Iran for so many years before the Iranian Revolution. This revolution had so many objectives, and removing the social class was one of them.

There were 4 main social classes in Iran including:

The upper class consisted of the old elite such as financiers industrialists, large landowners, large-scale merchants, etc. Most of these old elites have migrated out of the country but remained in the class by virtue of their wealth. The term “old elites” also indicates that they no longer had influence or positions in politics. Then the upper class another group known as senior clergy which includes executives, high-ranking bureaucrats, and wealthy entrepreneurs. This was why President Mahmoud Ahmadinejad said that 60% of Iran’s wealth was controlled by just 300 people out of 80 million people.

While the upper class was out after the revolution, this middle class still existed. There were several social groups such as bazaar merchants, entrepreneurs, junior ranks of the Shia clergy, medium-scale landowners, military officers, teachers, and more. This group had even more access to political power than before the revolution. It is a result of the recruitment of the new political elite from the middle class.

Just like the name suggests, this class comprised of various groups of workers. The common ones are workers in carpentry, construction, electricity, factory, manufacturing, oil industry, transportation, and more. Along with that, this class was also divided into skilled workers and unskilled workers. This affects the amount of wages that they received for their labor force.

Members of this class are mostly in urban areas with high illiteracy rates. There are 2 groups of lower class which as those with regular employment and those without. The ones with a job nowadays are mostly bakery workers, bath attendants, domestic servants, gardeners, laundry workers, peddlers, porters, etc. Back in the past, people in the lower class were drug dealers, gamblers, prostitutes, or smugglers.

No one would expect that Yemen is also one of the countries with a caste system. In rural areas of this country, people treated a certain group of people for centuries. The Al-Akhdam or Muhamasheen is an Arabic-speaking ethnical group living in Yemen. Being at the bottom of the caste, people from the Al-Akhdam community experience extreme discrimination, poverty, social exploitation, and violence. The term Al-Akhdam originally meant “servant”, and the members of the community adopted the term Al-Muhamasheen which means “the marginalized ones” instead.

According to the UN, there are up to 3.5 million Muhamasheen in Yemen and over 50% suffer from unemployment. For those who are employed, their jobs are street cleaners and other works related to urban sanitation. The Muhamasheen mostly lives in slum areas with poor conditions and on the outskirts of the cities. This leads to the lack of access to basic needs such as education, medical care, sanitation, water, and job opportunities. Although the caste system has been officially abolished, the discrimination from centuries ago still persists today.