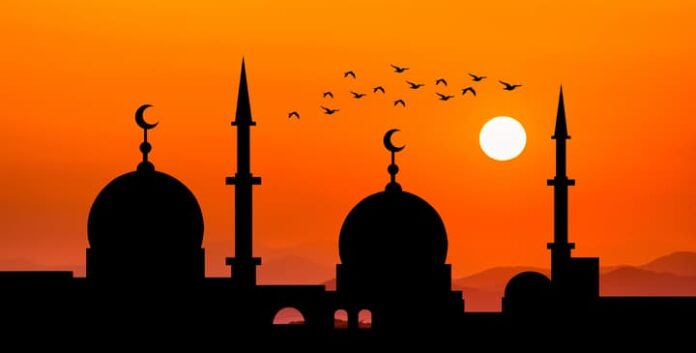 Many religions come from India, and Jainism is one of them as it is an ancient religion in this country. The main tenet of Jainism is non-violence and peace towards all living things around us. Also, Jainists follow 3 main principles of Jainism including ahimsa (non-violence), aparigraha (non-absolutism), and anekantavada. There are two major sects of Jainism: Digambara and Svetambara.

At the same time, Jainists will try to follow the 5 main vows of Jainism as much as they can. The vows are Ahimsa, Satya (truth), Asteya (not stealing), Brahmacharya (chastity), and Aparigraha (non-attachment). Jainism had a lot of influence on Gandhi and inspired many of his principles in life. Another good thing is that Jainists seek to conquer their inner passions like anger, pride, and greed. That leads to peace and harmless situations which result in fewer arguments and fights among people.

Baha’ullah was the founder of this religion back in 1863 in Iran, and it is among the most popular religions nowadays. The founder taught that God would soon send a prophet like Jesus or Muhammad to save them. After his country banished him, Baha’ullah announced that he was the prophet everyone was waiting for. Then the people exiled him even further and he spent over a decade in the prison in Palestine.

Just like most religions, Baha’i has 3 core principles including the Oneness of God, the Oneness of Religion, and the Oneness of Humanity. They believe strongly in unity and that all people should work together for the common benefit of humanity. As for their view of God, they see God as the imperishable and uncreated being who is the source of all existence. They also believe that all humans are equal, and race and culture are worthy of appreciation and acceptance.

This is an ancient Monotheistic religion based on the Hebrew Bible which includes the Torah. Jews believe that God created the universe, and he continues to work in the world and influence our everyday lives. More than that, Jews believe that god chose them as his chosen people in order to set an example of holiness. Also, Jews believe that Jesus of Nazareth did not fulfill messianic prophecies that establish the criteria for the coming of the Messiah.

Traditionally, Jews recite prayers three times daily including Shacharit, Mincha, and Ma’ariv with the fourth prayer of Mussaf on Shabbat and holidays. Jews recite prayers upon waking up in the morning, before eating or drinking different foods, and after eating a meal, etc.

As for clothing, you might have heard of Kippah which is a slightly rounded brimless skullcap. Jews wear Kippah while praying, eating, reciting blessings, studying Jewish religious texts, or at all times every day. Apart from that, there are Tzitzit (special knotted tassels), Tefillin (amulet), and Kittel (white knee-length overgarment).

Judaism, as a matter of fact, is a very family-centered religion as many of their traditions revolve around home like the Sabbath. To be a Jew is simple, you will be a Jew if you are a child of a Jewish woman. Also, even if you leave the faith, you still retain your Jewish status no matter what.

Originates in the 19th century from the French educator Hippolyte Leon Denizard Rivail, Spiritism believes that humans are immortal spirits. The religion believes that our spirits inhabit physical bodies for several incarnations to attain moral and intellectual improvement. Surprisingly, Spiritism has influenced a social movement of healing centers, charity institutions, and hospitals that involve millions of people.

Despite the great number of fundamental principles from The Spirits’ Book, Spiritism does not have any rituals or formal practices at all. However, they do have some important meetings including regular meetings, medium meetings, youth and children’s meetings, special meetings, lectures, etc. You might have never heard of this religion, but a great number of Brazilians are spiritists.

Sikhism is another monotheistic religion that believes in only one god, the panentheistic god that interpenetrates every part of the universe. This religion originated in the Punjab region of the Indian subcontinent during the 15th century as one among the youngest major religions. The fundamental beliefs of the religion come from the sacred scripture of Guru Granth Sahib.

The beliefs focus on faith and meditation of the name of the creator, unity of all humankind, and engagement in selfless service. Those beliefs are to strive for social justice and live an honest life. Sikhs believe in reincarnation and karma concepts found in Buddhism, Hinduism, and Jainism.

Buddhism is one of the most popular religions, especially among many countries in Asia. Buddhists follow the teachings of Gautama Buddha, the rich prince who left everything behind to achieve enlightenment. Buddhism originated in India sometime between the 6th and 4th century B.C after Gautama Buddha reached enlightenment under a pipal tree.
Buddhists believe that nothing is fixed or permanent, they also believe that change is always possible. All Buddhists live by the 5 Moral Precepts which are refraining from doing certain things in everyday life. That includes no harming living things, taking what is not given, sexual misconduct, lying or gossiping, and consuming alcohol or doing drugs.

As for Buddhist monks, they live by 10 precepts that involve their ways of living, eating, and associating with people. Therefore, monks are the people that Buddhists respect due to the refraining that they have followed. The interesting thing is that the celebration days of this religion are very joyful and colorful. If you have been to Southeast Asian countries like Cambodia or Thailand during their New Year celebration, you’ll understand why.

This sounds new, but it is actually the combination of common religions in China that people follow including Confucianism, Buddhism, and Taoism. It is a multi-theistic religion with many gods and immortals associated with venerating force of nature and exorcism. The followers of this religion also have a belief in the rational order of nature which is influenced by human beings. It is true that not many people especially those who are in the west have ever heard of it. However, it is one of the most population religions in the world and a dominant religion in China.

According to many scholars, Hinduism is the world’s oldest religion with roots and customs dating back more than 4,000 years. Hindus believe that Brahman is the one true god, but the religion also has thousands of lesser gods. Scholars suggest that Hinduism formally started somewhere between 2300 B.C and 1500 B.C in Indus Valley near Pakistan. Yet, many Hindus argue that their faith is timeless, and has always existed.

Hindus also believe that Brahman is present in all of us as the soul called Atman. Brahman encompasses all things including creation and destruction, male and female, good and evil, and movement and stillness. There are 3 parts to Brahman: Brahma (the creator), Shiva (the destroyer), and Vishnu (the preserver). The main goals of this religion are kama, artha, dharma, and moksha with each goal being more important than those before it.

Puja is Hindu Worship that takes place in the Mandir (temple), but followers can also worship at home and shrines. Giving offerings is an important part of Hindu worship, the offerings are flowers or oils to the god or goddess. The fascinating thing about this religion is its caste system that divides Hindus based on their karma and dharma. There are 4 main castes including:

The caste system was very strict before India became an independent nation, but it is not so much now. However, there are still some traditions that still embrace marriage within their own specific caste.

As we all know, Muslims follow the prophet Muhammad whom they believed to be the last and most important prophet of god. They also believe that Jesus is a prophet of god instead of the son of god. Islam is a very strict religion where there is a set of rules that the followers need to follow. Those rules aka Five Pillars of Islam include Shahada (Faith), Salah (Prayer), Zakat (Charity), Sawn (Fasting), and Hajj (Pilgrimage to Mecca).

Allah, however, may still refuse to admit them into heaven even if they follow the Five Pillars of Islam. As a matter of fact, Muhammad wasn’t sure of whether or not he would enter heaven. Speaking of Allah, Allah is the only God that Muslims believe in and worship. Islam teaches that God is merciful, all-powerful, and unique, and God has guided mankind through prophets, revealed scriptures, and natural signs.

Nowadays, there are 1.8 billion followers of Islam which equal 24.1% of the world’s population. There are Muslims in almost every country all over the world, and Islam is the fastest-growing religion as well. No doubt why Islam is the second largest and most popular religions in the world.

As kids, we learn a few things about Christianity, especially the story of the birth of Jesus. Christianity is the world’s biggest religion with more than 2 billion followers worldwide that believe only in one god. Christians believe that Jesus is the son of God who was sent to us from death and sin. Jesus taught his followers how to pray as part of communication with God whom they refer to as Father.

Christians believe in justification by faith that had shown through the death and resurrection of Jesus. There are 4 largest branches of Christianity including the Catholic Church, Protestantism, the Eastern Orthodox Church, and Oriental Orthodoxy. The great part is that Christianity has had a significant impact on education since the church created the bases of the Western education system. It was also the sponsor of founding universities in the Western world as well since the Medieval Christian setting. There are many interesting things about this religion, and that is why it is among the most popular religions on earth.