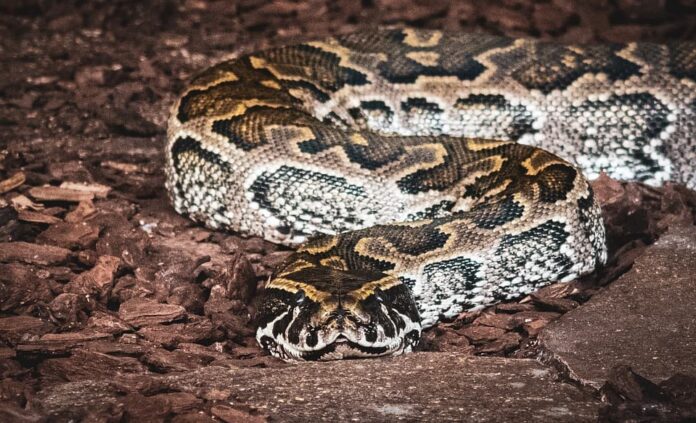 One of the most well-known and fascinating creatures in the world are indeed snakes. If you wonder what are the longest snakes that are still roaming the earth nowadays, this article is right for you. Since there is no age limit, snakes keep growing larger and longer. I have the same question, and I did some research so that we are able to know more about these reptiles. A bit about these serpents in nature apart from some of our friends, snakes do have absolutely amazing characteristics. They don’t have legs, eyelids, or external ears at all, and these serpents are still one of the most powerful animals on earth. So let’s dig deeper and see some of the longest snakes that are sharing the world with us today.

Seems to be the shortest among the longest snakes, olive python is also the second largest snake in Australia as well. Their olive green coloration gives them their name, and this cutie is a nonvenomous constrictor that eat small mammals, birds, and other reptiles. Olive snakes have a high number of dorsal scale rows which make their skin look smoother than that of other pythons. This snake species usually lives in gorges and rocky areas near sources of water like caves and rock crevices. You may also find them in hollow logs and in burrows under rocks as well. Their geographical range is in Western Australia, Northern Territory, and Queensland.

So venomous its venom can kill you within minutes, black mamba is also one of the longest snakes. At the same time, it is also the largest snake found in Africa as well. Black mamba has many reputations from the longest and largest to one of the fastest and most aggressive snakes in the world. Over suitable surfaces, black mambas can move at speeds up to 16 kilometers per hour over short distances.

The black mambas live both on the ground and in the trees, and they inhabit savannah, woodland, rocky slopes, and dense forests. They typically use termite mounds, abandoned burrows, rock crevices, and tree cracks as shelter. Black mambas usually hunt from a permanent lair, and their menu consists of birds and small mammals. They generally prefer warm-blooded prey, but they will also consume other snakes as well.

This snake species is very dangerous, and their venom is highly toxic which can cause a human to collapse within 45 minutes. At a threat display, they usually open their inky-black mouth and spread their narrow neck flap followed by hissings. The dangerous part is that they are capable of striking at a considerable range, and they may deliver a series of bites. The good news is black mamba only attacks humans if it is threatened or cornered.

Not different from the black mambas, a boa constrictor can grow as long as 4.3 meters. Also known as red-tailed boas or common boas, boa constrictors are large nonvenomous snakes with a heavy body. Because of their beautiful color and their harmless nature, boa constrictors are very popular for pets. This snake species flourishes in a wide variety of environmental conditions from tropical rainforests to arid semidesert countries.

However, they prefer to live in rainforests due to the humidity and temperature as well as a variety of food. Boa constrictors are also capable of swimming as well, and they live on their own until the breeding season comes. These snakes feed on small and medium-sized mammals and birds as well as anything they can find. Their population is going down due to human predation for exotic and snakeskin trades.

Indian rock pythons or Indian pythons are the nicest of them all due to their lethargic and slow-moving nature. This snake species is very timid, and they rarely attack even if they are attacked. Since they are constrictors, they squeeze their prey and suffocate them before swallowing the meal. One thing though, just because they are not venomous does not mean that they are not dangerous. Indian rock pythons have two rows of very sharp teeth angled toward the throat that can deliver a painful bite.

You can find them in the forests of Nepal, India, Sri Lanka, and Pakistan. You can also find them in rocky foothills, rivers, valleys, and scrubland as well. Usually, they live alone except during mating season, and they often drape themselves over branches or coils up on the ground. This snake typically hunts at night, and they often prey on birds or small mammals by constriction. Most of the prey cannot escape their mouth because of the arrangement of their teeth which are reverse saw-like. Their population is now classified as near threatened due to habitat destruction and illegal python trade.

Most constrictors are indeed long snakes, and Burmese pythons are among the family as well. Besides being one of the longest snakes, the Burmese python is also one of the five largest species in the world. You can find them in some areas of tropical south and southeast Asia, usually near water and sometimes semi-aquatic. You can notice them by their dark color along with many brown blotches bordered in black down the back.

Burmese pythons are excellent swimmers, and they are able to stay submerged for up to half an hour. These pythons spend most of their time hiding in the underbrush, and they kill their prey by constriction. Their diet primarily consists of birds and mammals, and they use their sharp rearward-pointing teeth to seize their prey. After that, they wrap their body around their meal and then contract their muscles to finish the prey. Since they are nonvenomous and beautiful, Burmese pythons are very popular among snake enthusiasts.

Not a friendly serpent, king cobras are definitely not animals we should get anywhere near. King cobras are the world’s longest venomous snakes, and they can grow as long as 5.85 meters. With the power of their venom, king cobras can kill you with just one bite if you provoke or agitate them. Despite the fact that they are typically shy and avoid confrontation with humans, they are still very dangerous. Male king cobras are larger than the female which is very rare in snakes. Just like most snakes, they grow throughout their lives which is why they are able to reach great lengths.

King cobras are so deadly even their hatchlings had venom and fangs and are ready to attack. Generally, this type of snake is very deadly to humans and its venom is capable of killing us in just 15 minutes without immediate treatment. At the same time, they are very aggressive which is another bonus to make them one dangerous snake to avoid. You can easily notice a king cobra by the presence of a pair of large scales known as occipitals on their heads. As for the stripe on the neck, it is a chevron instead of a double or single-eye shape like other Asian cobras.

With that length, we can easily expect what this long snake species is capable of doing. Being one of the largest snakes found in Africa, African rock pythons are also among the longest snakes on earth. They live in a variety of habitats from forests to near deserts, but they prefer to live near sources of water. Their hunting technique is by constriction, and their meals range from antelope to crocodiles. Oh yeah, that happened. Albeit they rarely kill humans, many people are widely feared of their length, size, and general appearance.

The body of an African rock python is thick, and it is covered with colored blotches in a broad irregular stripe. On their rectangular head, there is a mark of dark brown spearhead outlined in a buffy yellow. These pythons have sharp and backwardly curved teeth, and they have heat-sensitive pits around their lips. Those pits help them to detect warm-blooded prey even in the dark. The good thing is they rarely attack and consume humans, perhaps we are not large enough to keep them full.

Anaconda is the heaviest and one of the longest extant snake species in the world, and the name means good swimmer. Primarily aquatic, green anaconda feeds on a wide variety of prey from fish to mammals and reptiles. They usually hide their body underwater while waiting to ambush their prey, and the olive green color helps them to camouflage perfectly.

The unique part about this snake species is that they practice cannibalism where larger females consume smaller males. Due to their size and their ability to swallow adult humans, anacondas have been portrayed in both literature and films as man-eaters. However, there is very little evidence of the case ever happening since there haven’t been any reports on such activity.

Also known as Scrub Python, Amethystine Python is the second longest snakes in the world. They are the nonvenomous snakes that are popular among reptile enthusiasts due to their coloration and size. Speaking of size, this python is also among the largest snakes in the world as well in both length and weight. Scrub pythons inhabit both bushland and suburbia as well as rainforest especially areas that are warm and humid with good water sources. With their large size and long body, they are capable of feeding on almost anything from small to big. They are not harmful to us; however, it is always a good thing to avoid being swallowed by one of them.

At number one, we have the reticulated python which is the longest snake in the world that can grow over 10 meters. Despite the large size and heavy weight of more than 150kg, reticulated pythons are excellent swimmers. They can swim great distances, and they can swim in both freshwater and saltwater. These pythons live in rainforests, woodlands, nearby grasslands, rivers, and areas with nearby streams and lakes.

Since they are nonvenomous, these constrictors kill their prey by constriction; and humans have been on their menu as well. Their attacks on humans are uncommon, but they have been responsible for several reported human fatalities in both the wild and captivity. With their size, a reticulated python can open its jaws wide enough to swallow a human whole without a problem. Their population is listed as the least concern because there are people hunting them for skin to use in traditional medicine.