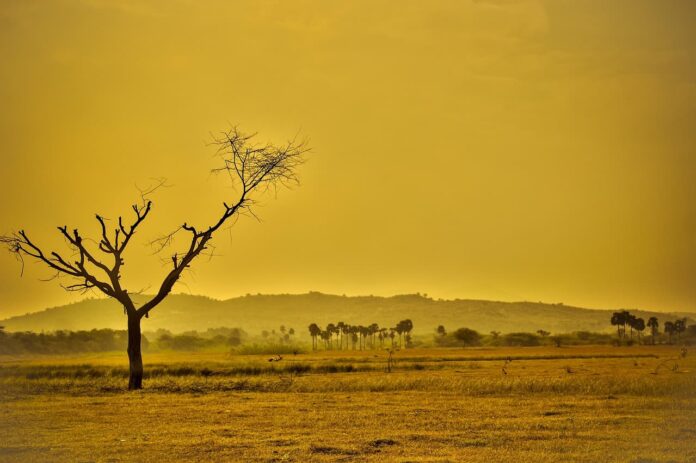 When it comes to hot and dry, no country can beat Iran with that title. With a large desert, you can tell that this country is extremely hot. Normally, the southern part of Iran is the hottest part where the temperature can reach as high as 50 degree Celsius. In case you want a trip to Iran, be ready to face and get used to the temperature of 45 degrees Celsius on a daily basis.

War is not the only thing that Iraq is facing every day, hot temperature is also one of the problems as well. Imagine your summer with a temperature between 48 to 54 degrees. Yup, it is that hot in Iraq. The typical temperature in the country is usually above 40 degrees Celsius. There is also a record of extraordinarily high temperatures amid summers that went to Iraq as well. No matter what season it is, hot is the always the term to describe Iraq.

We all know that African countries are dry, but here is one of the hottest on the continent. The temperature of this country is too warm at a level of 45 degrees Celsius even on a stormy day. Since rain is so rare, the atmosphere of Sudan is practically hot, sticky, and mild. The temperature can be as nasty as 52 degree Celsius, and the lives of humans, plants, and creatures are always at risk.

Back to some years ago, it was so hot in India hundreds of people died of thirst and heat. The thing about India is that the cold part can be so cold people freeze. And the hot part of the country can be so hot it kills people. Just like most countries on the list, the highest temperature in this country hits up to 50 degree Celsius. The temperature is just so mean in India because both cold and hot kill. It receives rainfall from time to time, but summer is always too hot to bear.

Water is one of the most important parts of life, and the hot temperature in Somalia causes the lack of water in this country. The absence of water can lead to many consequences like famine, starvation, and death. Rain is not common in Somalia, and the atmosphere is usually sticky and arid. The average temperature of this country goes up to 50 degree Celsius, and Somalians are on the severe verge of starvation.

There are many things that Mexico is known for, and the high temperature is one of them. Dry grasslands are what cover most parts of the country. Not to mention the typhoons and high wind that comes every once in a while there. The temperature can go as high as 50 degree Celsius in summer, and I leave you to do the math. If you want to avoid visiting Mexico on a hot day, September is the best month since it is the rainy season. Other than the weather, the food, as well as culture and other things, are all good.

Being one of the sultriest countries on the planet, Algeria always goes with hot days and cold evenings. When it is hot, it becomes one of the hottest countries in the world. The temperature during the day goes as high as above 50 degree Celsius. Summer there? The best terms for summer in Algeria are dry, moist, and burning hot. And the worst part is the temperature stays that way for the whole year which is just super unpleasant. The hottest temperature would be around 50 to 53 degrees and everywhere is occasionally dry.

Oman is one of the wealthiest countries in the world, but that is not the only title this country possesses. It is also one of the hottest countries in the world as well, and the temperature is just as high as the others on the list. Usually, the temperature of Oman is around 50 to 53 degree Celsius for like half of the year. Luckily, the country is rich which means people don’t suffer too much pain like most other countries at all.

Rich and hot, Saudi Arabia is covered with both desert and oil under the ground at the same time. The temperature in the daytime in this country is normally about 52 degree Celsius. When it gets hot, the temperature shoots up to 54 degree Celsius which is kind of not so nice to be in. The great thing about Saudi Arabia is that the country is rich. Therefore, the government does everything they can to make sure that the people are safe and comfortable with the provided facilities.

The hottest temperature in the world was in 1922, and it was 57.8 degree Celsius. Guess which country was that. Libya! The typical temperature of Libya is usually so high the people who live there suffer from skin rankles or illnesses. Most parts of the country are covered by desert which is dry and dry, and dry to the point of extremely dry. People there always struggle to wear or use things to protect their heads and skin from the ruthless weather. Living in the hottest country in the world is definitely unpleasant, and lacking water and food comes along with the heat.