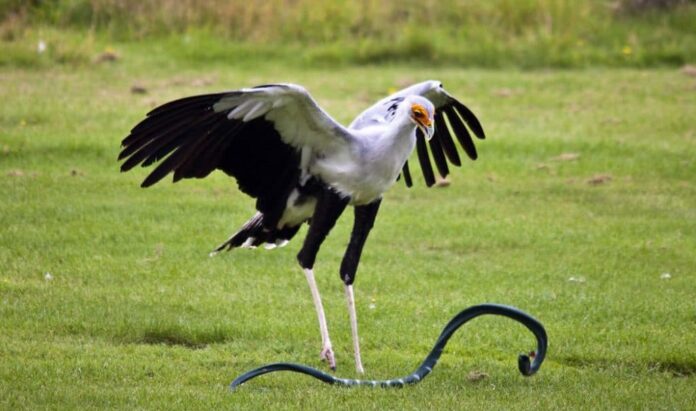 This breed of this squirrel is awesome in 2 different ways. The female squirrels with pups chew a rattlesnake’s shed skin then lick themselves and the pups. Why so? That will disguise their scent, and keep them safe from their number 1 predator, rattlesnakes. Also, most adult California ground squirrels are partially immune to rattlesnake venom.

The documents of how the garden dormouse is immune to viper venom still remain questioned. They might not attack the snakes, but they might not get affected by the venom at all. That is why they are also on the list.

Oh yes, this little cutie here can kill a viper and eat it for food without breaking a sweat. But guess what, hedgehog is immune to the venom and it has spikes. As soon as the viper is injured, the hedgehog begins from the head and finishes everything after some hours. You can never judge a book by its cover because by the look of the adorable hedgehog, it can’t be this fierce.

Compared to hedgehogs, honey badgers won’t take hours to kill and eat venomous snakes. It takes only a few seconds to grab a snake by the head and use their jaws to finish it. All the honey badger needs is 15 minutes to consume its venomous meal.

King Cobra is nothing but one of the main courses of a mongoose. If you are looking for a snake killer, mongoose should be the first thing in your mind. Mongoose has a thick coat on their body that prevents the venom from the snake to pass. In case the bite from the snake is strong, it also takes some hours to heal that. If the snake gets to bite, there is a 100% chance that the mongoose also leaves some would. And just like hedgehogs, a mongoose begins to eat from the head also.

Opossum is immune to ALL snake venom. Period. And of course, snakes are also on the menu when it comes to meals for the opossum. Apart from snakes, opossum eats fruits, insects, and many more things. Never know that they are this cool.

This bird feeds on snakes, of course, snakes can’t harm them. The secretary bird has a very cool way to finish off its prey. It has very long legs that deliver strong and precise kicks to the snake’s body. There is also another way, the bird carries the snake high up in the sky and throws it on stones. Takes only 10 seconds to get breakfast ready, simple as that.