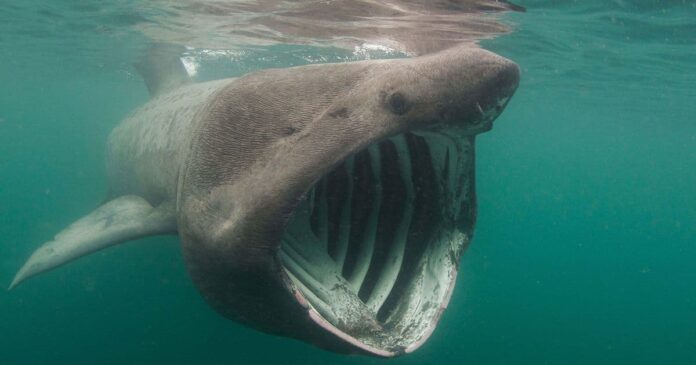 Sharks are dangerous, they said. Little did we know that there are also many harmless sharks that are swimming in the sea and the ocean with us. It is true that most sharks are aggressive and threatening species that terrify both humans and other marine organisms. The thing is it is always useful to learn about harmless shark species so that you will not freak out when you see one.

With the word harmless to describe, the sharks that we are going to discuss today have no interest in eating us humans at all. The main dish on their course is small fish, and they prefer chilling by themselves instead of chasing us. That is why you can swim around and treat these harmless sharks just like other regular fish underwater. Today, we introduce you to 10 harmless sharks that you should know. You should also share this with young kids so that they will know about it too, let’s take a look.

With flat bodies, angel sharks can camouflage perfectly in the surrounding which makes them great ambush predators at the sea-bed. Don’t get confused, angel sharks only attack fish and other sea animals. You might notice their strong jaws and sharp needle-like teeth, but angel sharks only feed on fish, crustaceans, and mollusks. Angel sharks spend most of the day hidden in the sands and rocks of the ocean bed. This type of shark does not attack humans unless provoked because they are not aggressive at all. If you accidentally step on them, you might experience some minor bites; but nothing serious will be done by angel sharks.

These are the small sharks that can grow up to 50 inches, and you can find them along the coasts of South East Asia. People consider them to be remarkable predators, but they don’t attack humans at all. Bamboo sharks are known to be so gentle and docile that they even let divers touch and pet them. These harmless sharks feed on other invertebrates and small fish that live in the same warm and shallow water. Some people even keep them as pets in home aquariums, the level of harmlessness is that high.

With the reputation as the second biggest fish in the oceans, Basking Sharks are not any dangerous at all. Just like the world’s biggest fish, Whale Sharks, Basking Sharks are fun to be around. Both look massive, but they only feed on fish with zero interest and intention of attacking humans. Basking sharks feed on plankton and other small fish that they can find in the ocean. They have numerous teeth lined in several rows, about 100 teeth per row. But still, they are harmless. You can find them worldwide from boreal to warm-temperate waters around the continental shelves.

In spite of the fact that they can grow up to 10 meters with a weight of 170 lbs, Caribbean Reef Sharks are actually harmless. It is no doubt that they might terrify swimmers once in a while with their look and size. Usually, divers feed them food with the purpose of swimming with them and more. That is why these harmless sharks tend to ignore humans because they see them as deliverers of food rather than food.

The funny thing about Caribbean Reef Sharks is that they enjoy sleeping. These sharks would descend to caves at the bottom of the sea, and float motionless for hours. Another interesting thing is that these sharks dance when they feel threatened. You can tell by their zigzag dancing routines which you should clear out as soon as possible.

Apart from being harmless sharks, they even make friends. They are large predators that can eat anything in the sea, but you will always see them travel with a little posse of small fish swimming along. These fish are part of the shark’s food-seeking system because they are able to send the presence of food that sharks cannot. When the sharks get the food, the little fish get the scraps. It is a nice win-win for both, and that is cool.

Goblin sharks might be one of the nightmares of the ocean, but they pose no harm to humans. That is why we were taught to never judge the book by its cover. You might be afraid of their retractable jaws with razor-sharp teeth, but they have no interest in human flesh at all. Goblin sharks feed on fish like other sharks and rays, squid, and crustaceans like crabs. Most goblin sharks live so deep in the ocean, and they rarely come up to encounter humans. Also, there has not been any case of a goblin shark ever attacking a human. Appear as a nightmare, but you will not see this harmless shark unless you swim in the deep ocean.

This is one of the harmless sharks that have a fierce look in the ocean but actually never harm humans at all. You may find them in shallow water where people swim sometimes, but they don’t attack humans. Generally, leopard sharks swim away instead of posing any threats or attacking when they encounter humans. This type of shark feeds on crabs and small fish around them. Some leopard sharks are friendly since they will swim around people with their playful character if they don’t swim away.

Got the name from their signature huge mouth, literally, Megamouth Sharks are also harmless to humans. Inside that gigantic mouth are tiny teeth that allow the shark to feed mostly on plankton and small fish. The population of this shark species is scarce, which is about fewer than 100 specimans. This type of shark swims with its enormous mouth wide open, filtering water for plankton and jellyfish. Megamouth sharks rarely come ashore, and the chance for them to confront people is also rare.

Being slow-moving dwellers at the bottom of the oceans, nurse sharks are also harmless to humans. This harmless shark species can grow as big as 14 feet with strong jaws filled with thousands of tiny, serrated teeth. The thing that swimmers and divers should notice is that nurse sharks are harmless but not entirely docile. They will bite defensively if provoked, bothered, or stepped on. It is safe to swim and snorkel along with them, just don’t make them feel unsafe around you; and you will be fine. Nurse sharks swim very slowly, and they sometimes swim in groups while other times alone. Overall, they are harmless sharks that you can associate with.

Like who wouldn’t run away seeing a shark with large protruding teeth that point outward from its jaw like that? The irony is sand tiger sharks are actually docile and harmless to us humans. Since this type of shark usually swims with its mouth open, it looks as if they are about to bite anything in sight. That is not true, they are harmless sharks that are not a danger to us at all; unless provoked. You can find sand tiger sharks in temperate and subtropical waters everywhere in the world. Usually, they spend most of their time at the bottom of the sea resting while feeding on small fish.

Despite their enormous mouth and thousands of teeth, whale sharks pose zero risk to humans. We are not on the menu because their diet is limited to tiny micro-organisms of whale sharks themselves. They only eat plankton and krill because those are the only things that are tiny enough to fit their tiny throats. Whale sharks know that they can’t eat people; as a matter of fact, they often close their mouths around big prey or fish. Whale sharks are docile fish, and they are actually friendly toward humans since you can swim along with them. You can find and swim near them in Honduras, Thailand, the Philippines, Maldives, and many more countries.