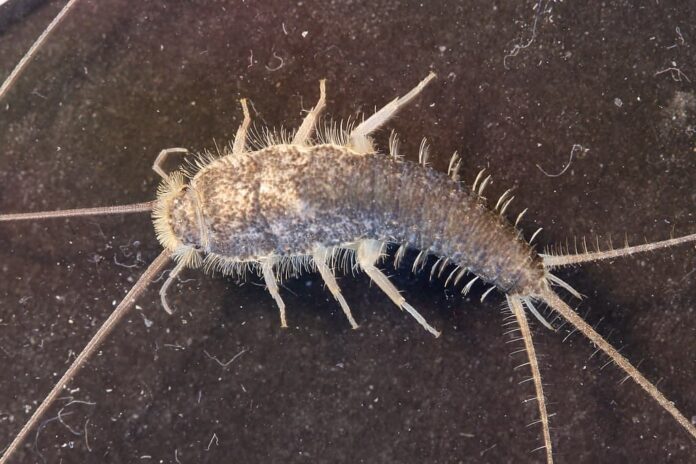 When it comes to insects, we all think that they are pests that should be killed. However, there are also harmless insects out there that are somehow beneficial to us which is unbelievable. The thing is that some of these insects do not only kill pests for us but also help keep our environment more peaceful as well. In case you want to know about these nice insects, there will be 7 of them on the list. Well most of them prefer living in the dark and quiet place yet still found by us still. If you spot them around the house after reading this, at least you can spare their lives knowing they do no harm.

By the name, you can tell that this insect has no interest in harming humans at all. They might relate to parasitic lice, but their food is not blood and skin like their relatives. Booklice feed on molds, dead insects, stored food products (which is not so nice), and other bits of organic. They neither bite nor spread any disease to humans. So if you see insects look like this around the house or in your books, you’ll be fine.

The combination of the color and look might make them look scary, but they are totally harmless. Usually, camel crickets live in the basement and other dark places using the guide from their long antennae. Just like ordinary crickets, they have long legs that allow them to jump great distances. They don’t have fangs or any ability to bite or harm humans at all since they are omnivores. Camel crickets feed on fungi, insects, and plants. In case they can’t find one, they might eat carpet, cardboard, wood, and even each other.

We always know the proverb that says “Never Judge The Book By Its Cover”, and that applies to carpet beetles as well. They are covered in unhappy color scales along with the creepy-looking teeth, but they are totally harmless. As larvae, they feed on wool and other hair as well as feathers and dead insects. When they grow up, they feed on better food like pollen and nectar. So it is okay if you see them around the house or in the garden.

Cellar spiders aka Daddy Longlegs are thin-legged spiders that reside in webs on the ceilings. If you live in Asia, these are the types of spiders you see the most in the house. Cellar spiders feed on small arthropods that they capture in their webs. The best reputation of them is known to invade the webs of other spiders to eat the residents. That only happens in their spider world, they do not harm to us. At least they help eat the pests like flies or mosquitoes, so they are somehow helpful.

First of all, earwigs do not burrow in people’s ears. Usually, they prefer staying in places where they can hide during the daylight. Just like other insects, they might crawl into people’s ears, but that is not what they are born to do. They only feed on smaller insects and small arthropods. Earwigs do have pincers or forceps that look intimidating to us, but they have no venom at all. They don’t sting, and they are not dangerous or poisonous.

Insects with multiple legs are surely scary, especially millipedes. However, the good thing is that they are neither poisonous nor harmful to humans. They do have a pair of poison claws behind the head which they use to paralyze their prey, usually small insects. Those claws are; however, harmless to human skin. If threatened, they only release a foul smell that can cause skin irritation which you can wash off immediately. Other than that, millipedes are totally safe in case you find them in your garden.

This is the one insect that I myself see every time I organized my piles of books. The thing is that silverfish crawl very fast and they look creepy. Was scared at first, but they are actually harmless. Normally, silverfish live in dark and damp areas like basements, attics, kitchens, bathrooms, etc. Since they are attracted to paper and damp clothing, you will mostly find them in places with those objects. They can survive on low nutrient materials like crumbs, dead insects, and even glue, paper, and leather.