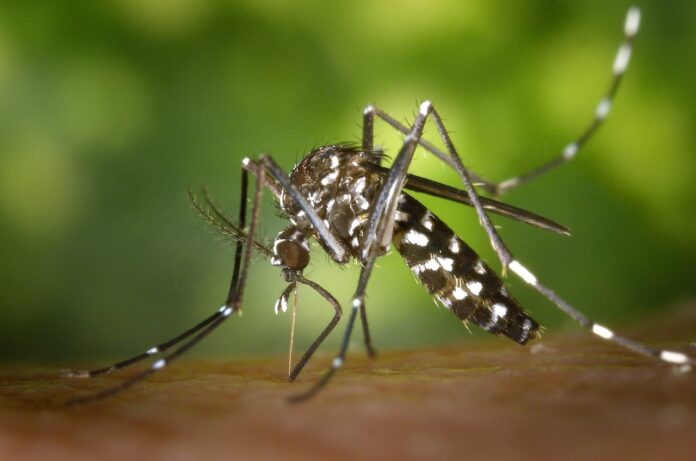 We all hate mosquitos especially when they bite, but it is important to know about dangerous mosquitos out there. More than 100 million people, most of which are kids, are killed by mosquitos around the world every year. No deadly animals can kill as many people as these tiny insects that we can kill with a clap. The thing that makes mosquitos so dangerous is their ability to transmit viruses and parasites that lead to macabre diseases. There are more than 2,500 species of mosquitos around the world, except in Antarctica. Today, we are talking about the most dangerous mosquitos and the diseases that they transmit. Take a look!

Also known as the Yellow Fever Mosquito, Aedes Aegypti is a mosquito type that spreads various diseases to humans. You can easily recognize them by the white markings on their legs and the marking on their thorax. The origin of this mosquito is in Africa, but now you can find them in tropical, subtropical, and temperate regions throughout the world. That is why they transmit tropical fevers to both adults and kids.

Just so you know, only the female bites for blood since she needs it to mature her eggs. Female yellow fever mosquitos are attracted to chemical compounds emitted by mammals like ammonia, carbon dioxide, lactic acid, and octanol. The interesting part is that these dangerous mosquitos have a preference for right-handed hosts, you should be glad for being a lefty.

Female anopheles mosquito is the agent that transmits malaria from man to man, and they are one vector of human diseases. These female anopheles are picky when it comes to the blood donors that they choose. They pick their dinner by odors and visual clues as well as their behavior, and they frequently bite men. Even when biting, they have their unique way and particular areas to bite. Sounds so special but these females are so very dangerous.

The female anopheles has a specialized apparatus to penetrate the skin of its victim. They use two pairs of cutting stylets that slide against one another to slice through the skin. Once through the skin, their slender proboscis begins probing for a tiny blood vessel. If it does not strike one on the first take, she will pull back slightly and try again at another angle. Inside the proboscis are two hollow tubes, one that injects saliva into the wound and one that withdraws the blood. And that ladies and gentlemen, how she feeds on you and transmits malaria to you.

The whole genus of culex mosquitos serves as vectors of one or more important diseases of birds, humans, and other animals. The mosquitos have two forewings that are held horizontally over the abdomen when at rest. Also, the second pair of wings is reduced and modified into tiny and inconspicuous halterestithis that act as balancing organs during flight. Depending on the region, there are various diseases transmitted by culex mosquitos. The major ones are arbovirus infections, nematode infections, and protist parasites.

These dangerous mosquitos are responsible for spreading encephalitis including St. Louis and Japanese variants. The latter causes more than 50,000 cases followed by 10,000 deaths each year throughout the world. The bite of this mosquito species is itchy and can be painful, and the females need blood to lay their eggs. Culex mosquitos include a total of well over 1000 species, and none of them is nice to us humans.

Very famous in Southeast Asia, tiger mosquito is a pain on the skin; literally, whenever they present. I was also one of their victims of dengue fever, twice. This mosquito species got its name from the striped appearance that resembles that of the tiger. They are the vectors for the transmission of yellow fever virus, dengue fever, and Chikungunya fever. On top of that, they are also capable of hosting the Zika virus as well which is totally bad news.

Just like any other mosquitos, the females of this species require blood to develop their eggs. As for the males and females with no eggs to develop, they feed on nectar and other sweet plant juices. People have various reactions to their bites which include mild irritation, intense inflammation, and swelling. They are active while their population increases during the rainy season which is from May to December.