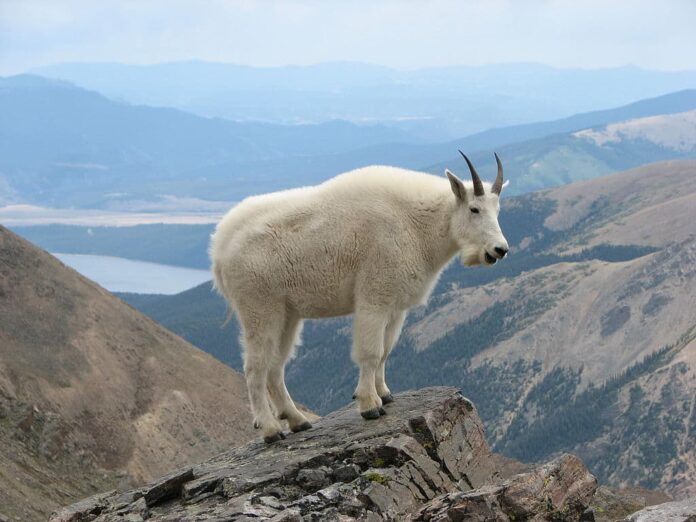 Just because they are small doesn’t mean that they are not dangerous. Barbari Goat has unique characteristics because they are medium-sized and actually very attractive with their bulging eyes. On the flip side, these goats have aggressive natures and strong horns which is a very dangerous combination. Just like most dangerous goat breeds, this one is also not afraid to attack anything in its way. Their strength and hardiness make them one of the best goats to breed on a farm. These goats are well-adapted to almost climate conditions, and they don’t get sick easily. That is why this breed is still popular amongst farmers despite the fact that they are dangerous.

Being the owner of goats of this breed is very painful for the fact that Dutch Landrace commonly attacks its owners. With a simple touch, the goat can be provoked easily which is not a good thing at all. Dutch Landrace goats also have thick strong horns, and that can be very dangerous to everyone around. This breed possesses the look of a gangster with its thick and long coat along with those horns. These goats cannot stand provocation, and they don’t care even if you are their owners who give them food every day. You provoke them, they attack, simple as that.

Being the goat breed with the shortest temper, Kalahari Red is one of the most dangerous goat breeds to avoid. The fierce thing about them is that they never say no to fights, and they don’t get scared easily at all. This goat breed will attack; very aggressively, and they are always ready to set off and charge. Kalahari Red has long and sharp horns that can injure whoever they attack so badly. Their origin is in South Africa, and they are bred for meat due to the high quality that they provide. Despite the fact that they are so useful, this breed is still among the most dangerous goat breeds to stay away from.

Also known as ibexes, mountain goats have a fierce reputation for the aggressiveness that they possess. One of them once gored and killed a hiker in Olympic Park, and here is why we should keep our distance. This animal can be very dangerous, and they will attack anything that approaches or threatens them. Their horns are small yet sharp enough for them to gore and injure us humans easily. Mountain goats are fearless, and they have no hesitation in charging with their horns.

Although attacks by mountain goats are rare, there are still a few things that you need to know to protect yourself. First of all, run. Do not confront them because that will make them feel trapped which leads to the attack. It is not easy to outrun a mountain goat, but try to run as far as you can. Mountain goats won’t follow you the way an ostrich does, so just flee. Never try to tease or get close to them because it is very dangerous to do so. The females are more aggressive than the males, but it is better to encounter neither of them.