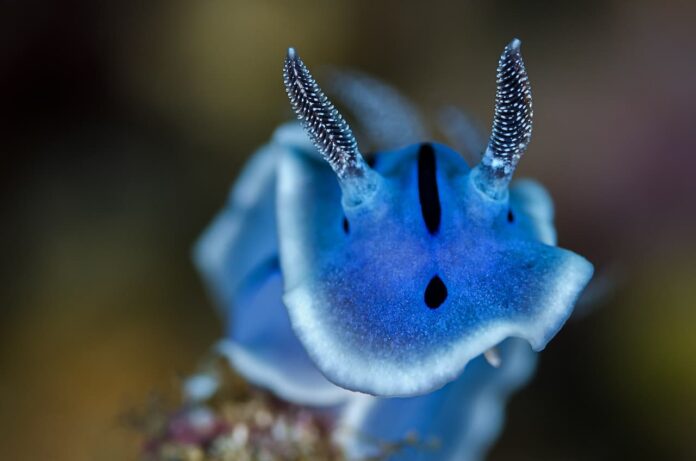 Blue is one of the most beautiful colors, and not many animals are covered entirely in this color. That is why I only bring 10 blue animals to the list for you guys today, and they are absolutely stunning. Since blue pigment coloration is rare among animals, creatures with blue colors are remarkably unique and magnificent. From blue animals in the water to the ones that roam the land and sky, I have 10 of the best of them today. Check out the list and let me know which you think is the most beautiful blue animals.

The combination of light blue and dark blue makes this bird look exceptionally glorious. Their natural habitat is in Central America from Nicaragua to Panama and South America. These beautiful blue birds inhabit forests and other woodlands, and they construct bulky nests that are typically in trees. Both males and females share an equal part in taking care of their offspring. The female incubates the eggs alone while the male feeds her and helps to raise the young. These birds feed on insects gleaned from foliage, flowers, and bromeliads, sometimes they also eat fruits which they usually swallow whole. This bird species is now threatened, and there are less than 10,000 mature individuals in the wild these days.

Fun Fact: Only the male Blue Dacnis is blue in color, the females have mostly green plumage.

Goes by many nicknames, this blue angel of the sea is a real beauty when it comes to its color and appearance. Looks just like a creature coming straight out of Pokemon, the blue dragon is a species of sea slug. This sea slug is not entirely blue in color, they have silver gray color on its dorsal side as well. The interesting thing about the blue dragon is that they float upside down, and their coloration helps them to camouflage. This is not their only defense mechanism, the sea slug can also sting their predators. They feed on venomous siphonophores and Portuguese man o’ wars, and that is how they got their venom. The blue dragon sea slugs are very beautiful yet very dangerous, and you can find them throughout oceans around the world.

Blue lobsters are very rare, and that is why their price is also high especially in restaurants. The blue lobsters are the mutant or variant of American lobsters, and there is only one blue lobster in 200 million lobsters. That is why the chance of catching one of these is also very rare, like once in 10 years or even longer. Because of their rarity, some that have been caught were sold at the price of over $500. Just like most lobsters, the blue lobsters never stop growing so there is always a chance of catching them. Another interesting thing about them is that they are able to generate limbs, especially their claws. It takes some time, but they can regenerate their lost limbs the same way lizards do with their tails.

The beauty is real when you look at this gorgeous blue butterfly with black edges here. Blue morpho butterfly is among the largest butterflies in the world, and of course, the most beautiful butterflies. The unique thing about this adorable creature is the vivid iridescent blue coloring that reflects light. So when they fly, the contrasting bright blue and dull brown colors flash which makes it look as if they appear and disappear. You can find them throughout forests of South and Central America especially Brazil, Costa Rica, and Venezuela.

Fun Fact: Only the male morpho butterflies are blue in color.

In animal kingdom, bright color means “I am toxic, so don’t eat me.”, and this is exactly what the color of the blue poison dart frog says. You can easily recognize them by their blue coloration, and darker on the limbs and belly. You can find these blue frogs hiding among boulders and debris near streams and forest floors in rainforests in Central and South America. Just like their name suggests, blue poison dart frogs are poisonous; and their poison can paralyze and kill predators. The frogs do not create the poisons by themselves, it actually comes from their diet of the highly poisonous ants in the world.

Small yet territorial, these blue frogs are very aggressive both towards their own species and others. These frogs use a series of calls, chases, and wrestling to ward off intruders in their territory. The thing is that only the adults are poisonous, the tadpoles contain no toxins at all. That makes them fall prey to other amphibians, reptiles, and predatory invertebrates. Blue poison dart frogs feed on ants, beetles, flies, mites, spiders, termites, maggots, and caterpillars. They use their long sticky tongue that darts out to zap the meal before swallowing them whole. Their population is now threatened due to the collection of the pet trade, and habitat destruction.

As kids, sea stars or starfish are part of our drawings in our childhood for the fact that they are beautiful. Blue starfish is a perfect simple of blue animals with stunning appearance due to their coloration. The distinctive bright blue color of the blue starfish is very striking, and it is without a doubt they are stunning. Just like most starfish, this one tends to be solitary, and they usually hide on the rocks during the day. This starfish species inhabit mainly shallow tropical water of no more than 60 meters. You can find them in the Indian and Pacific Ocean,s especially in their common locations from Africa to the Hawaiian waters.

Found in the Carpathian Mountains of Eastern Europe, these blue slugs are one unique blue animals to look at. Their coloration is so beautiful, and they are very large land slugs that can grow up to 140mm which is big for slugs. The male and female mate in the soil, and they lay between 30 and 80 eggs in a clutch. Then the pair died after the egg deposition, how strange is that right? Blue slugs are very rare, and that is why these mollusks are on our list of beautiful blue animals.

With the gorgeous bright blue color of the adult males, this fish species is definitely one of a kind. Blue gropers have thick bodies, peg teeth, heavy scales, large tails, and thick lips. Their blue coloration can be deep navy blue or cobalt blue, and they are beautiful either way. The fascinating thing about this fish species is that they begin life as females, and they change their sex as they mature. Usually, there is only one or two male blue gropers in an area along with a larger number of females. In case the dominant male dies, the largest female will grow, change color, change sex, and become the dominant male instead. Nature is crazy and riveting at the same time, isn’t it?

When it comes to blue birds, no beauty can compare to the Hyacinth Macaw of South America. This blue parrot is not only among the most beautiful blue animals but also the largest parrots in the world as well. Both of their reputations make them one interesting creatures to learn about. You can find them in the forests and grasslands of South America and south of the Amazon River. These birds are very intelligent, and they can even use their feet just like us using our hands. Plus with their strong beaks, there are many things that this parrot species can do from climbing to feeding.

In the wild especially in the animal kingdom, beauty comes with consequences. As for these blue birds, their population declines these years due to hunting and trapping, habitat loss, and hydroelectric systems development. Let’s just hope they won’t go extinct, such beauty really should last longer.

When it is young, little blue herons are white before they change to a dark slate-blue plumage in their adult stage. This bird species has long legs, and they have a long blue or greyish bill with a black tip. Adult little blue herons have blue-gray plumage along with dark blue legs and feet. Little blue herons nest in colonies, usually on platforms of sticks in trees or shrubs. The females lay from 3 to 7 light blue eggs, and both the males and females incubate the eggs for about three weeks. The hatchlets stay in the nests for three more weeks, and they feed on fish, frogs, crustaceans, small rodents, and insects. These beautiful birds were hunted in the past for their feathers which were used in hat-making. As for now, their main threats are the degradation and loss of freshwater wetlands.