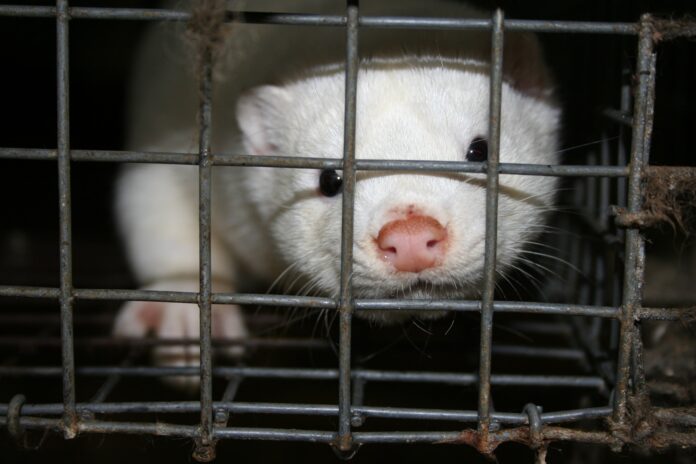 Animal trade is a very common thing that occurs in the market nowadays, and the victims are, of course, animals. There are certain animals that people hunt and kill for their skin and fur to sell to the fashion industry. With high prices and demand, these poor creatures are being killed every day throughout the world. In the animal trade, the skin and fur are used for making bags, belts, coats, and many more things in fashion trends. Take a look at the list of exotic animals that are hunted for skin and fur below to find out more about animal trade.

The powerful bison possesses a lot of reputation for being strong to being hunted close to extinction. Between the late 1810s and the early 1830s, the Indian tribes began hunting bison for commerce mainly for clothing. Back then, the production of robes was the focal point of the need for skin from the bison. Bison robes were very popular, and the demand was so high the population of bison decreased instantly in just a few years.

The nomads had a deep knowledge of how to utilize nearly every part of a bison. The flesh is for food, horns and bones are for tools and implements, hoofs are for glue, sinew is for thread, etc. However, fur was the main reason why they kept on hunting bisons every day for years. The number went from millions down to as low as 325 due to the mass destruction in less than a century. The good thing is that bison are no longer endangered now, but their fur is still illegally on business somehow.

The first records of commercial use of crocodile skins began in North America in the 1800s. Based on the high demand for belts, saddlebags, cases, and similar items, people started to hunt crocodiles for their skins. Caiman was the only species that was out of the trade due to the presence of bone in their belly skins. Nile crocodiles were the species that were hunted in high numbers in Africa. As for South Asia, Southeast Asia, Australia, and Pacific Islands, saltwater crocodiles were the ones in demand.

According to the declining wild populations of crocodiles in the 1960s and 1970s, the concept of crocodile farming began. A crocodile farm refers to a facility that breeds and/or grows crocodiles solely for commercial purposes. The skin from saltwater crocodiles is considered to be the best in the world since there is no bone in the belly scales. At the same time, the high number of belly scale rows in the belly also makes their skin top in quality. According to peta.org, it can take skin from about four crocodiles just to make a single bag. That is how cruel and wasteful this industry is.

There are millions of foxes killed every year to supply the fashion industry for the sake of style and trend. Foxes are naturally wild animals, and they do not adapt to life in captivity. Imagine how cruel it is to keep them in confined cages that result in self-mutilation, cannibalism, and high-level stress. There are tiny fox cubs struggling to walk across the wire floors of their cages, their tiny feet constantly slipping through the holes. Some of them lying dead in cages, and others eat them or walk over them.

That is not all, foxes on farms do not only live in small outdoor cages but also under the harsh elements of winter and summer. That is why many foxes develop psychotic behavior, one of which is literally bouncing off the walls of their cages. After months of suffering, the cubs that are only eight months old will be anally electrocuted in order to preserve the fur. It is like they have zero quality of life to us, they exist only as vessels for their fur.

Probably not very common, but kangaroo leather is very famous for its strength and lightness. People use kangaroo skin to make bags, purses, wallets, jackets, shoes, and most notoriously, sporting goods. In fact, Australia exports an estimated 3 million kangaroo skins to Europe and the United States annually. In case you don’t know, most major footwear manufacturers like Adidas, Nike, and Puma, all use kangaroo skin. That is one of the reasons why David Beckham gave up wearing Adidas cleats in 2006; to oppose the use of animal skins. The thing is that Australia manages the business well because they don’t overkill the kangaroos. The country generates around $200 million a year, and employs more than 4,000 people in the industry. Doing so helps to keep the population of kangaroo at the right number so that livestock have less competition for grazing areas.

Mink is one of the most popular farmed furs, and China is the world’s biggest producer of mink pelts. These carnivorous animals have silky fur that has kept people warm since around the 11th century. With their fur, the coats are thicker and warmer which is a high demand in markets, especially in China. People use their fur to make clothes, coats, stoles, accessories, pillows, blankets, and many more. You need more than 100 minks to make a coat, you can do the math for the thousands of mink coats out there. Apart from China, there are also mink farms in the U.S, Denmark, the Netherlands, and Poland. The farmers usually kill them in November and December with different killing methods.

Female minks have been considered the premier pelts in the U.S because they are smaller and have silkier fur. At the same time, they are also lighter in weight as well which is an advantage with coats 50 inches or longer. As for the males, they have thicker and bigger hides; therefore, the jackets and coats from their pelts are heavier and more cumbersome. A designer mink coat can range between $4,000 to $20,000 or even higher. More skins means the coat is more expensive, and the price keeps on going up depending on the users’ preference. Millions of minks are killed annually, both in the wild and on the farm.

The Western Cape of South Africa is home to the largest ostrich slaughter companies in the world. This company supplies luxury ostrich skins/leather to Hermes, Prada, and other major fashion houses around the globe. There are eyewitnesses who saw young birds tightly packed into open-topped vehicles for the terrifying journey to slaughterhouses. In the slaughterhouse, workers forcibly restrained each bird, electrically stunned them, and then cut their throats. After that, they tear the bird’s feathers off their bodies, skin them, and dismember them.

Despite the high price, people still seek them because they are simply beautiful and unique. It is quite easy to recognize an ostrich handbag, and of course, its high price.
Ostrich leather is also popular in the automotive industry, not just for fashion designers. You will also find the poor animals’ skins on car seats, dashboards, motorcycle seats, and door panels as well. Most market car and motorcycle shops can alter seats by applying ostrich leather as seat inserts. At the same time, most luxury car manufacturers offer ostrich seas right from the factory. Such practice is especially popular in European countries, and the number of ostriches killed also increases.

The global trade of python skin is often illegal since it threatens the survival of some species in the wild. The increase in hunting and skinning pythons is the response to the demand for handbags and other fashion items in Europe. According to the estimation, at least half a million python skins are exported annually from Southeast Asia in trade. Some people don’t really feel bad about the snake trade due to the fact that they are not cute or cuddly animals.

The way people kill pythons is extremely cruel, and that is by using a sharp strike to the back of the skull. This method is very common in Indonesia and Malaysia, while people in Vietnam kill them by inflating them with air compressors. The Vietnamese method is considered to be more humane, according to Buddhist beliefs, than hitting the snakes or beheading them. Another method is cutting their head off with a machete. While other times, the people nail the pythons’ heads to a tree and slowly peel their skins off. Because of their slow metabolism, snakes remain conscious and are able to feel pain even if their heads are cut off.

One of the cruel methods is by forcing their jaws open so that the people can jam a tube down their throats. Then the killer pumps water into the python’s body to make the skin easier to remove. Ropes are tied tightly around their necks to prevent any fluid from escaping the bodies. During all of these processes, many snakes are still alive as the people toss them into a pile of other snakes. Sometimes, they often suffer for several days, skinless, before dying from dehydration. That is not a doubt that people who love wearing their skin are ruthless.

The good thing is that there are also many designers out there who refuse to work with animal fur. Those designers are Stella McCartney and Todd Oldham, who are today’s most fashionable designers, who are dedicated to only using synthetic materials in their designs. Another great thing is that luxurious alternatives to animal fur exist. Therefore, the hope of saving poor animals from the trade is possible in the future.

Related Post: Animals That Are Hunted To Extinction By Human