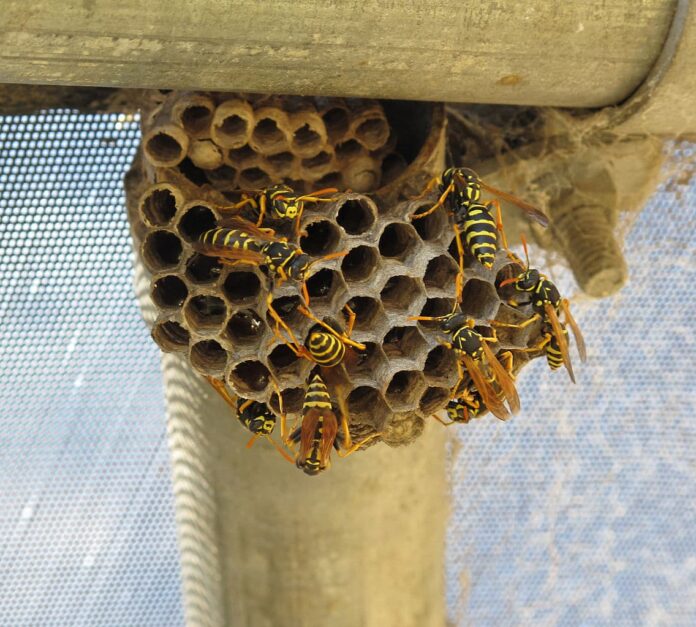 Humans have modern facilities to construct various buildings and structures, but animal architects are even better. The animal architects that we are going to talk about today are born with pure talent when it comes to architecture. With the combination of resources they find in the nature, building a home won’t be a problem for them. From nests and mounds to hives, these are the gifted animals with great skill of building and constructing.

This is the type of bird that is found across the Indian Subcontinent and Southeast Asia. The birds usually fly and live in flocks, and they are famous for their hanging retort-shaped nests woven from leaves. Their nests and colonies are normally on thorny trees or palm fronds, mostly near water where predators cannot reach easily. The nests are very beautiful and colorful, and the completed nests look like an upside-down flask with a downward-pointing entrance chute. The males usually build the nest, and he builds it halfway and then shows it to the female. He will abandon it if the female does not approve of the construction. Small yet hardworking, no doubt why baya weavers are one of the best animal architects on our list.

Similar to ants, termites are one of the most successful groups of insects on Earth; colonizing most landmasses except Antarctica. Each colony ranges in different sizes from a few hundred individuals to several million individuals. In some areas, there are so many cathedral termite nests it appears as if it is their city full of skyscrapers. That is actually how they got their name because they usually build tall and huge mounds up to 8 meters.

Their mounds play vital roles when it comes to protection from predators, and they are also stronger than regular nests. The termites construct their mounds using unique techniques which is the sticky saliva-type substance. This substance traps any predators such as ants and various creepy crawlies that might harm the colonies. There are hundreds of mounds in part of Australia that tourists can visit, and maybe you should see these amazing constructing as well.

Looks like a mini hill in the woods, the nest of European redwood ants is one fascinating structure. Their nests are large and conspicuous with the shape of a dome that consists of grass, twigs, or conifer needles. The ants often build their nests against a rotting stump in the woodland clearings where sun rays can reach them. Also, they usually have multiple nests so that they can move around in case there are changes in the environment. Apart from their mounds, these ants are also very interesting when it comes to their ability to defend their home. This ant species can shoot formic acid produced by poison glands from their abdomens. If their mount is disturbed, the air will soon be filled with a pungent smell. Nice home, nice defense, what do you think?

Spiders are fascinating creepy crawlies that are full of surprises, for example, this one right here. Using a dead leaf hoisting from the ground and silk threads, the leaf curling spider curls it to form a protective cylinder. The spider silks shut it at the top and open at the hub, it sits there with only its legs showing. The legs outside the cylinder are to feel the vibrations of a captured insect. Then and only then, will the spider leave their protective cylinder. Compared to the birds, this is probably the least interesting example of animal architects. However, it is also a good thing to know that there are some spiders out there that use dead leaves to construct their home.

This is the name of a species of wasps that build their nests from mud. The females are the builder, and they use their mandibles to mold the mud into place to construct their nests. The appearance of the nest is very easy to notice, with its shape of a cylindrical tube that resembles an organ pipe. The wasps usually pick sites that are either vertical or horizontal walls, cliffs, bridges, overhangs, shelter caves, and other structures. Each nest can last for many years, especially in protected locations. With such unique and interesting shapes as well as colors, mud dauber definitely stays on this amazing animal architects list.

The name already suggests what they do, they build their nests using gray or brown paper material. The nests of the paper wasp have open combs with cells for brood rearing, and they resemble honeycombs. The nests are in areas like the eaves of a house, tree branches, on the end of an open pipe, or old clothesline. Paper wasps’ nests are water resistant, and it has a combination of saliva and fibers from dead wood and plant stems. Each nest of the paper wasp colony contains about 200 cells, and it lasts for only one year. After the mating season, the paper wasps will abandon their nests by the first hard frost in late autumn. Only the female wasps that succeed in fertilizing their eggs will survive the winter. And the construction of the nests will begin again when winter ends.

This is the name of a bird species that you can find in the southern part of Africa, especially in South Africa, Namibia, and Botswana. The fascinating thing about them is the fact that their nests are the most spectacular structure built by any bird. Social weavers construct their permanent nests on trees and other tall objects. At the same time, their nests are also the largest to be built by any bird as well. In fact, social weavers’ nests are large enough to house over a hundred pairs of birds with several generations at a time. Inside the nests are separate chambers, each of which is occupied by a pair. The entrance to each chamber is the small hole underneath the nest that leads to where multiple birds and eggs.

Spiders are already very scary, let alone the ones that can build a cork-like trapdoor like this one. Trapdoor spiders receive their unique name from their ability to construct burrows with a trapdoor made of soil, vegetation, and silk. This spider species has powerful jaws and sharp fangs which they use to stab downward into their prey. The spider detects prey by vibrations, and it jumps out of its burrow when the prey comes close enough. They feed on all types of insects such as frogs, baby birds, baby snakes, mice, and small fish. Since they construct burrows, they mostly live under the ground most of their lives.

The burrow has a trapdoor on top of their burrow that closes the burrow while they wait for prey. Just like a regular door, the trapdoor is hinged on one side with silk which they can open and close. The door is completely hidden when sealed, and that is a perfect trapdoor for their burrow. The spiders spend a lot of time and effort in building and constructing their burrow. Mature trapdoor spiders cannot easily rebuild or relocate if their burrows are damaged. That is why trapdoor spiders, especially the females never leave their burrows, and they have to protect them. Very interesting architects indeed, what do you think?

Found in Indonesia, Vogelkop Bowerbird is one of the most fascinating animal architects in the kingdom. So the male bowerbirds design, construct, and decorate a love nest called a “bower” made of bent twigs and found objects. The male carefully builds their nest with strategic planning and woven construction techniques as well as unique compositions.

Everything they do is very precise and neat, the males start by clearing debris to make sure that the site is clean. Then they place brightly items like glass, shells, berries, stones, flowers, and discarded plastics around the territory. The objects they select are based on the female that they try to impress, involving color, shape, texture, and purpose. The females will visit the nests, and see what matches their interests. If they like what they see, they will mate with the host. Nature is amazing, isn’t it?

Just like most creatures on the list, this one right here is also known for its unique nest-building skill. We all know about ants, their colonies can be extremely large. Therefore, the nests can be more than a hundred containing more than half a million workers. The worker ants construct the nests by weaving together leaves using larval silk excreted from their larvae. The ants do so by pulling leaves together and attaching them to the silk. That will result in a ball or elliptical structure composed of plant matter and silk which houses the colony’s queen and larvae. They can build a large nest in less than 24 hours, and each nest is great in quality. Their nests are impermeable to water, the new workers continually build new nests in large colonies to replace old dying nests. Their work is unstoppable, and their courage is surely very large.