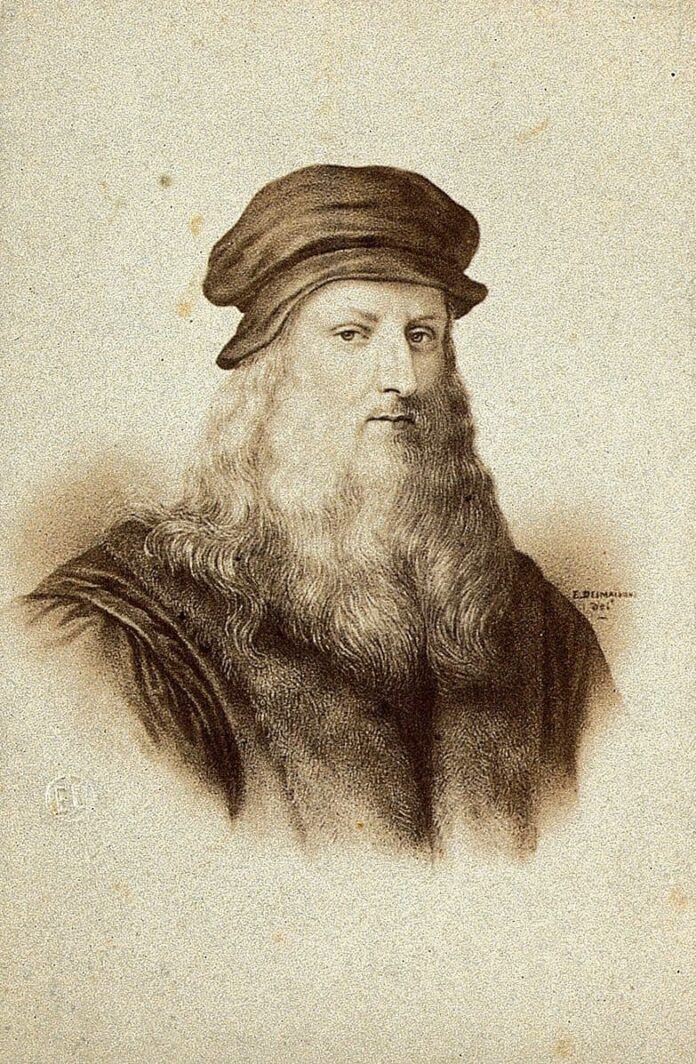 We all know the famous painting of Mona Lisa, but what about the painter behind that beautiful work of art? The credit goes to Leonardo Da Vinci, an Italian polymath of the Renaissance whose areas of interest included many fields. He could do many things such as inventing, drawing, painting, sculpting, architecture, science, music, mathematics, engineering, literature, anatomy, geology, astronomy, botany, writing, history, and cartography. Those are just the tips of the iceberg, there are many more fascinating things about this intelligent man. I have found some enthralling information about Leonardo Da Vinci to share with you guys today, so check them out.

1Who Is Leonardo Da Vinci?

Was born on the 15th of April in 1452, Leonardo was not from a noble or rich family at all. As a matter of fact, he was an illegitimate son for his parents never married each other. He lived with his mother until he was 5 before he moved to live with his father who had married another woman. You probably think a man of this intelligence would go to a great school and receive some incredible education.

Things went differently with Da Vinci because he never received any kind of formal education at all. What he did was receive instruction at home in subjects such as reading, writing, and mathematics. Throughout his life, he invented a lot of things and also had a lot of predictions centuries ahead of his time. Leonardo Da Vinci was a very remarkable man, and he died on the 2nd of May in 1569 at the age of 67 years old.

2How Did Become An Artist?

His father looked out for him, so he placed Da Vinci as an apprentice with artist Andrea Verrocchio in Florence. He was only 15 years old when he started to paint. It didn’t take long for a beginner to become a master. Rumor has it that he painted one of the angels in Verrocchio’s work “The Baptism of Christ”. After that, the artist was so humbled by the young man’s talent that he vowed never to paint again. Exaggerated as it may sound, Andrea never had any artwork without help from an assistant since then. Leonardo spent 7 years as an apprentice in Andrea’s studio and he gained knowledge in drafting, metallurgy, plaster casting, and carpentry.

3What Did He Produce?

Throughout his career and lifetime, Leonardo Da Vinci produced more than 6,000 pages of musings, jokes, inspirations, and invention plans. He was a slow painter, but he had painted so many paintings and 22 of which survived till today. The man also sketched the invention of many things that we redesigned such as planes, parachutes, canons, crossbows, and many more. However, there are many unfinished works of art of his such as St. Jerome in the Wilderness, The Virgin and Child with St. Anne, etc. Just like his paintings, Da Vinci also left behind many unfinished inventions as well.

This incredible artist was left-handed, but he could also use his right hand to write and paint as well. On top of that, he could draw forward and backward with opposing hands simultaneously. Even better, he also liked to write in reverse. Hundreds of notebooks belonging to Leonardo were written in mirror script aka reversing handwriting. That means it would only be readable if the page was held up to a mirror. Some said that he wanted to enclose his ideas against theft while others said he did so to avoid ink smear. No matter what, he was the master of oil painting and his artwork has an accurate rendering of natural phenomena. That is what makes every single painting of his unique and special among other paintings out there.

A week before his 24th birthday in 1476, he and three other young men were anonymously accused of committing sodomy with a 17-year-old male prostitute. Luckily, the case was dropped. Back in the old days, punishments for sodomy could be harsh as they involved with prison, exile, and death. That did not stop Leonardo from having several young lovers throughout his life even after the sodomy accusations. In fact, he drew a doodle of an older man and a young boy facing each other two years after the accusation. The doodle quoted:

“Fioravante di Domenico of Florence is my most beloved friend, as though he were my…”

The unfinished sentence suggests a real emotional intimacy between the two.

In a 1910 essay, Sigmund Freud analyzed a childhood memory Leonardo had recorded in his notebooks. He concluded that the artist’s repressed homosexual desires were sublimated in his art. That explained why he had left so many works unfinished. He also reflected his sexual preferences in his sketches and paintings as they show far more interest in the male body. You can notice by how he rendered many men in full-length nude portraits while almost all women are with clothes.