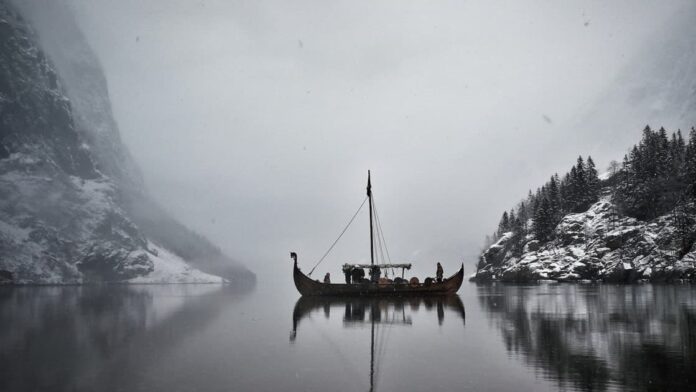 Often portrayed in bad images as barbarians, pirates, predators, and invaders, the Vikings were once scared by many. Back in the late 8th to late 11th centuries, the Vikings raided and traded from their Northern European homelands across wide areas of Europe. These warriors had advanced sailing and navigational skills which allowed them to wander the sea in various parts of the world. Today, we still see some images of the Vikings in cartoons, movies, and other cosplay activities. To know more about the Vikings, let’s dig a little deeper into the history of these warriors with me together.

It all began in 793 when terror descended on the coast of Northumbria as armed raiders attacked the defenseless monastery of St. Cuthbert on Lindisfarne. During that time, the terrified monks watched impotently as the invaders made off with a haul of treasure and a clutch of captives. That was the first recorded raid by the Vikings aka seaborne pirates from Scandinavia who would swindle coastal communities in north-western Europe. The Vikings roamed Europe for hundreds of years which created a reputation for themselves as fierce and pitiless warriors.

2What Did They Do?

In the society of the Vikings, they divided their people into three socio-economic classes: Thralls, Karis, and Jaris (Jarls). Each class had its own duty and responsibilities, and all the Vikings had a King who was the ruler and the owner. So what did the people of each class do back then?

Thralls were the lowest-ranking class, and they were slaves; mostly captured abroad during the raids. The Vikings either took the Thralls back to Scandinavia or Viking settlements or traded them for silver. Slaves comprised as much as a quarter of the population, and slavery was very vital to Vikings’ society. The thralls handled everyday chores and large-scale construction, they were servants and workers in farms or larger households of Karls and Jarls.

Karls were free peasants; just like regular inhabitants, they owned farms, land, and cattle. Karls engaged in daily chores like plowing the fields, milking cattle, building houses and wagons, and more. Every of their daily chore was done by thralls under their supervision to make sure that everything was done correctly.

Jarls, the highest ranking of the Vikings, were the aristocracy of the Viking society and the noblemen of the King. They were wealthy, and they owned large estates with huge longhouses, horses, and many thralls. While the thralls did most of the daily chores, the Jarls did administration, politics, hunting, and sports, and visited other Jarls. The interesting thing is that when a Jarl died, his household thralls were killed and buried next to him.

All three classes were easily recognizable by their appearances. The Jarls were well-groomed with neat hairstyles and expressed their wealth and status by wearing expensive clothes (silk), and jewelry. Almost all of their jewelry like brooches, belt buckles, necklaces, and arm rings were crafted in specific designs unique to the Norse. As for Karls, they expressed similar tastes and hygiene but in a more relaxed and inexpensive way. And the thralls wore simple clothes, and they looked like none of the Vikings for the fact that were captured.

As for the women of the Vikings, their status and freedom were so much better than those of the women in modern societies. They could inherit properties, they could decide their place of residence, and they were regarded as their own person before the law. The Viking women were so independent they had the right to choose a marriage partner by themselves. A married woman could divorce her husband and remarry. It was also okay to cohabit with a man and have children with him without marrying him. There were no legitimate or illegitimate children, all children were born equally the same.

3What Did They Do To The Others?

The Vikings were famous for sailing huge distances from their home in Scandinavia to different places in Europe. The question is what did do when they sailed that far from their hometown like that? The answers are right here for you.

Known as raiders from Scandinavia during the Viking Age, the Vikings terrorized coastal Europe for hundreds of years. At first, raids were just small-scale affairs that involved a few boatloads of men. They would return home once they had collected sufficient plunder or if the resistance they encountered was too strong. As time went by, the raids were getting stronger and stronger as they went to various parts of the world. From England and Ireland to France and Scotland, the Vikings have raided them all. They even stepped on the American continent 500 years before the so-called discovery of Christopher Columbus.

The first recorded Viking raid in England was in 789 when a group of Norsemen landed on the Isle of Portland in Dorset. During that time, a royal official there mistook them for merchants and asked them to pay taxes. The Vikings murdered the man immediately, and that was the beginning of the Vikings’ control of many parts of England. Before England began the colonization of many countries in parts of the world, it was once ruled by the Vikings.

In case you wonder how did the Jarls become so rich, here’s why. Many Vikings got rich through human trafficking, the thralls (women and young men) whom they captured and enslaved during their raids. While pillaging Anglo-Saxon, Celtic, and Slavic settlements, the Vikings captured people from the areas and sold them in giant slave markets. That occurred across Europe and the Middle East where slavery was very common back then.

Despite the fact that they went on sea to raids, the Vikings also exported a large variety of goods as well. Thanked to their incredible ship designs, the Vikings were once great merchants at some point. They exported goods like amber, fur, cloth, wool, down, weapons, walrus ivory, wax, salt, and cod. Such trades satisfied the needs of the Vikings of leather and meat to some extent. The Vikings also imported goods from other cultures like spices, glass, silk, and wine as well back then. No matter how cruel they were, trades were still part of their lives.

4What Were Their Skills?

As they are depicted, we often think of the Vikings as brutal and dirty men who raided and pillaged. In fact, there was a lot more to Viking culture than that. One of their skills was that they were proficient shipbuilders, and the ships they built were perfection. The Vikings were expert boatbuilders and sailors, and their Longboats were the most famous of them all. This famous vessel was also adopted by many other cultures for centuries because it was easy to steer. Longboats were also designed to float high in the water, and to land on beaches easily as well.

Apart from the ability to build ships and houses, Vikings were also great farmers as well. Raiders were just a small part of Norse society, the vast majority of Norse men and women were actually farmers. They brandished scythes and peacefully grew things like barley, rye, and oats at their farms with the thralls. They also raised some cattle like pigs, goats, and sheep on their small farm as well. The yield they produce was just enough food to support their family or to sell for some extra profit. Basically, most of them lived their life simply just like other normal people in other parts of the world. It’s just that the raiders were so callous people thought all of them were the same.

5Were They Into Sports?

Heck yes, they were. The Vikings widely practiced and encouraged various types of sports, except it was a little different than modern days. Their sports usually involved weapons training and developing combat skills which included spear and stone throwing, fist fighting, wrestling, and stone lifting. For those who lived in mountainous areas, they practiced mountain climbing as a sport. There were three types of swimming: diving, long-distance swimming, and contest were also very popular. In winter, the Vikings went skiing and ice skating as both sports and means of transportation in the colder regions in the north.

6What Did They Eat?

The Vikings had a very strict diet, and it heavily depended on where they lived and their social standing. Vikings of high positions in society regularly ate meat and seafood while the lower-standing individuals ate vegetables. For the free peasants, the Karls, lived off their farms based on what they could grow and raise. Their favorite food was fish, and during warmer months, they would hang up and dry fish to eat in winter. The unique thing is that they ate only twice a day, in the morning and evening. An hour after rising, they had dagmal (breakfast), and they had nattmal at the end of the working day in the evening.

7What Was Their Religion?

The practiced religion of the Vikings was Norse Paganism, and they were known to believe in a few gods. The Vikings believed in Thor, the god of thunder with his great hammer Mjolnir who was especially popular with warriors. Thursday is also named after the Norse god Thor as well, how interesting is that right? Since they were fierce warriors, they believed that they will be selected to join Odin and Thor if they died in battles. Apart from Thor, they also believed in Loki who was a cheeky mischief-maker who could shape-shift to become all different kinds of animals.

With their deep love for boats, the funeral of the Vikings also involved boats as well. When important Vikings died, they would be placed with all their clothes, jewelry, even their animals in a burial ship. Distinguished raiders and prominent women were often laid to rest in ships surrounded by weapons, valuable goods, and sometimes even sacrificed slaves. After that, the ship would be covered with a huge mound of earth or set alight and pushed out to sea. The Vikings believed that the vessels that served them well in life would help them reach their final destinations.

9When Was The End Of The Vikings?

After about 300 years, the raids and the age of Vikings finally ended at the end of the 11th century. The last great Viking king was killed at the Battle of Stamford Bridge, and that was the end of the Vikings. Harald Hardrada sailed to England with 300 ships full of 11,000 warriors to challenge King Harold Godwinson for the throne. Harald’s force was taken by surprise, the Viking army was defeated. Harald was killed by Harold’s men at the Battle of Stamford Bridge by an arrow through his neck. That was in 1066 which marked the end of the Viking Age when centuries of extortion, trading, and bloodshed finally came to a close.

10Some Other Interesting Facts About The Vikings

Don’t believe everything you’ve seen in the movies, especially the ones where the Vikings wear horned helmets, because they didn’t. Most Vikings either fought with leather headwear or without helmets at all. The horned helmets were actually a fantastical creation by Carl Emil Doepler who was a costume designer for an 1876 production.