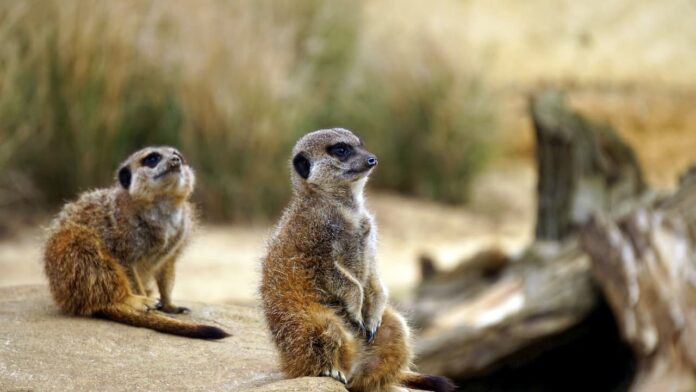 We all know that ants are one of the animals that live underground with an amazing ability to build huge kingdoms. As a matter of fact, they are also the only animals with a fully structured governing system. That means they are capable of dividing tasks, and they are also capable of solving complex problems just like us. Since these social insects live in a group called a colony, the number of members can be as high as millions. So everyone has their own roles, and they work together to serve and protect the colony, especially their queen.

With a leathery armored body, this small-sized mammal spends most of its life in moist soils. The armadillo has front leg claws that they use for digging burrows in order to find food and make underground shelters. Armadillo prefers to build burrows in moist soil near creeks, streams, and arroyos around which it lives and feeds. Normally, they dig several burrows throughout their home range in which they live and seek refuge from extreme weather or predators. Since they are solitary animals, armadillos spend their lives foraging alone, and only interact to breed or care for their young.

Fun Fact: When frightened, nine-banded armadillos will jump vertically about 3-4 feet in the air as part of a defense mechanism.

Known as setts, the home of badgers belongs to the biggest animals that live underground in the UK. Normally in the wild, setts are in the middle of the large territory that belongs to a family of badgers. These carnivorous animals that live underground are adapted to living in open areas such as farms, parklands, and areas with no trees. The main sett is where the badgers live for most of the year, and it is also where they rear their babies. There are also smaller setts in the system where they use in the warmer times of the year. The funny thing is that badgers mark their territory using smelly feces. And that also helps them to avoid conflict with other badger families as well.

Just like most animals on the list, Bilby also constructs burrows underground and hides in them as well. That is not all, burrows are also the place that allows this animal to avoid daytime heat. In contrast to their weather preference, they are mostly found in arid regions. That is why they dig deep into the soil to avoid heat in the regions that they live in. The unique thing about them is that they dig their burrows spirally which makes it hard for predators to access them. Being the animals in the low level of the food chain, those burrows underground really help them a lot.

Capable of flying and all, burrowing owls still choose to live underground instead. The irony is that they prefer to live in burrows that other animals dig although they can dig their own burrows. These little cuties usually use existing burrows from squirrels, rodents, or even reptiles. Burrowing owls are active during the day which is totally different from most owls out there. These underground birds are so pretty with their striking eyebrows, big bright eyes, and long legs. The cute part is when they run clumsily into their burrows when threatened. Sometimes they even make a hissing or rattling noise that resembles that of rattlesnakes to scare off predators. To show excitement or distress, they head bob. Adorable birds, indeed.

Based on the movie Alvin and the Chipmunks, we got the idea that these rodents live on trees. As a matter of fact, they don’t. Of course, they are capable of making nests in bushes and logs, but chipmunks actually prefer digging substantial underground burrows. The areas that they prefer to live in are where with plenty of ground cover including logs, tree stumps, shrubs, and rocks. Also, they dig extensive burrow systems directly underneath or next to natural or manmade cover. There are two types of burrows that they dig: shallow and deep burrows. The shallow burrows are for when they seek refuge while foraging during the day. As for the deep burrows, they are more complex where they nest, store food, and spend most of their winter months in. The thing is that their burrows often cause damage especially when dug next to a home foundation.

Being able to breathe through their skin, earthworms are mouthless animals that live underground. The thing about them is that they can breathe as long as their skin remains moist, that is why they remain underground. Under the ground where they normally live, they are protected from the sun which means they won’t dry out. Another interesting thing about them is that earthworms can live underwater for up to two weeks which is fascinating. Earthworms are very important for plants because they improve the soil by introducing air and by recycling nutrients. So these animals that live underground aren’t so bad after all.

This is no ordinary underground animal because this species is very special when it comes to its underground adaptations. Olms are among the animals without eyes, yet with skills that even us cannot compare with. This creature hunts its prey in the absolute dark, and they have an incredible power sensory systems of smell, taste, hearing, and electrosensitivity. Even if there is no food to hunt, it is not a problem for them because they can survive without food for up to a decade. The only harm that has been threatening their population is water pollution because olms require clean water.

Moles are also among the blind animals that live underground as well, and these creatures are somehow interesting. They dwell in sandy areas where they can dig tunnels, and they tend to avoid mountainous areas and acidic soils. The cool thing about them is that they dig burrows to travel, and they subdivide those tunnels into different individual chambers. Each chamber has its own function that the moles set it for. For example, there are certain bedrooms that they use to give birth while other rooms are for food storage and more. Since they spend their entire lives digging tunnels and ruling the underground, moles are among the most interesting underground animals on our list today.

Looks like cats, you can easily identify meerkats by their long bodies, short flat ears, and their ability to stand on their back feet. Meerkats usually live together in big groups consisting of several families that form a community called a mob, gang, or clan. The interesting thing about them is that the leader of the group is the dominant female who controls up to 50 meerkats in the gang. Everyone lives in intricate tunnel systems underground known as burrows where they can stay safe from predators and stay cool during hot days.

Meerkats are fascinating creatures especially when they start their day with grooming or lying in the sun. Also, young meerkats are so leery of birds that even airplanes will scare them into their burrows. However, these cute creatures are not always at peace. When two groups of meerkats go to war over territory, they will line up and charge each other. The wars can result in many deaths, which is why meerkat wars are not so common. Those cute and confusing expressions that they have makes them one of the adorable animals in the savanna. Simply adorable, right?