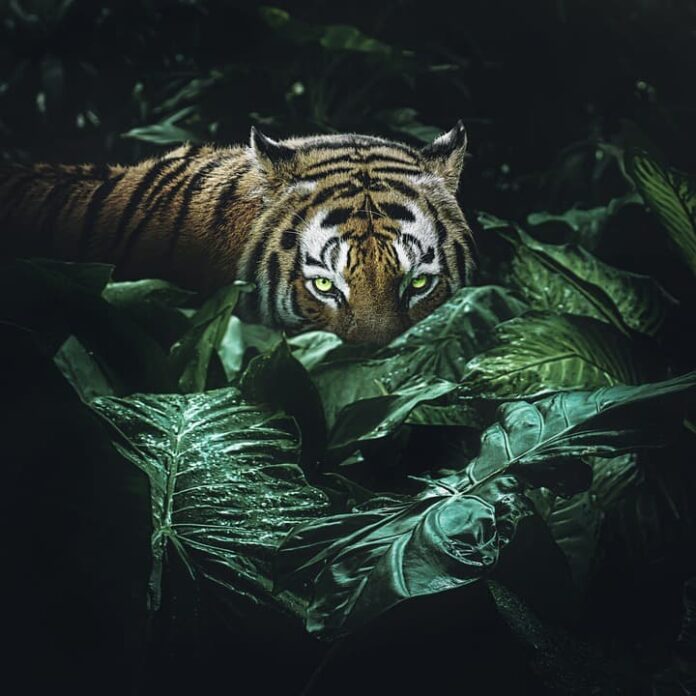 There are many nocturnal animals in the wild, but we are going to talk about the dangerous ones today. Nocturnal predators are the animals that you should watch out for when you venture into the forest at night. No matter if it is hiking or researching, it is always good to know what could get a bite of you. There will be 7 dangerous nocturnal predators in the list below, so let’s take a look.

You should always think twice when you want to take a swim in waters that you are unfamiliar with. Their jaws can snap our bones like twigs, and one bite is enough to drag us deep into the water. Crocodiles are dangerous because they are aggressive, and they can hunt both on land and in water, both day and night. These deadly reptiles attack us and our pets, and people who live to tell the tales always have scars.

These opportunistic predators are dangerous in general, but the most dangerous species are Nile Crocodiles and Saltwater Crocodiles. These two are responsible for a vast majority of attacks, both fatal and non-fatal. From lakes to rivers and seas, there are hundreds of crocodile attacks every year in different parts of the world. So no matter how hot the night is, it is probably best not to go swimming when you go camping.

It is true that snakes don’t attack humans unless provoked, and this is why you should look out for fer-de-lance. As a nocturnal snake, there is a high possibility that you will come across one as you walk at night. Even worse, step on one if you are not careful enough as you hike. The fer-de-lance is the most dangerous snake in Central and South America. It causes more deaths than other reptiles in America.

Fer-de-lance injects between 105mg to 800mg of venom in one bite which is enough to kill 32 people. Also, the venom of fer-de-lance contains an anticoagulant that causes hemorrhaging. There are also properties that cause the tissues to die and go black extremely fast in the venom. So the bites will not always result in death, but they can cause severe gangrene which results in amputations. Survival depends on where it bites you and the severity of the bite.

You might come across them through dense grass and forest from Southern Mexico to Northern South America. If you see one, it is better to keep your distance and stay away from them. The fer-de-lance is easy to spot because this dangerous snake species is quite large and long. Don’t attempt to threaten it away because it is aware of its venom very well so it will not hesitate to strike.

Bears don’t attack people, but the new mothers are more aggressive because she wants to protect their cubs. Since they have poor senses of hearing and sight, they will attack if they feel that you want to harm their cubs. Grizzly bears are the most dangerous because they cause human injuries more than other bear species. The grizzly bears are very large, and wounds resulting from their attacks are bites, lacerations, and scrapes.

Here you are looking at the third biggest cat in the world with the reputation of ferocious killing. While most cats avoid water, jaguars are great swimmers and they often live near lakes, rivers, and wetlands. These dangerous cats have powerful bites, and their teeth are strong enough to penetrate crocodiles’ thick hides and turtle shells. When attacking, jaguars will bite the back of the skull of the prey. Jaguars almost never attack people unless provoked especially when they are mating or if you attempt to grab their cubs. As opportunistic hunters, they can prey upon almost anything. So these nocturnal predators would hunt us down if we cross their path when they are hungry.

As one of the dangerous nocturnal predators, leopards often attack humans at night. While most cats attack humans in the wild, leopards attack close to villages. India and Nepal are the countries where leopard attacks are common, with numbers of injuries and fatalities every year. Leopards are not picky when it comes to their meal as they feast on humans of all ages. In some occasions, these predators would stalk and prey on babies and toddlers that are left unattended.

Leopards are dangerous and brave, and they will never back down. They will be more aggressive when they are wounded. If you venture into the wild at night and see a leopard lying still, do not look it in the eye. So why you should never look a leopard in the eye? These wild cats camouflage to avoid people, especially during the day or when people travel in groups. If you spot it and look at it in the eye, it knows its cover has been blown. This is when it reacts by leaping out and attacking as part of self-defense.

The king of the jungle is also a nocturnal animal who prefers to hunt at night. We fear them because lions are very aggressive, dangerous, and fearless. There have been records of lions entering human villages to acquire prey both during the day and night. More than that, lions hunt in groups so there is always more than one victim in the attack. Lions become man-eaters when they are too old to hunt faster animal prey. They will also attack humans if they are hungry and their usual preys are scarce.

When it comes to attacking, tigers have cost fatalities more than any big cats in the wild. Tigers will attack humans for many reasons, and getting close to them is one of the common reasons. Riding a bicycle or running in their living regions also provokes their case. There has been a recent video of a man on a motorbike who was chased by a tiger in late 2019. Luckily, his motorbike was faster than the tigers so we got to see that video he recorded.

India is a country where tiger attacks are very common. They have been known to jump on an elephant’s back to attack the man who was riding on the elephant’s back. Just like lions, tigers hunt both day and night. These second-largest cats become man-eaters when they lose their ability to take down traditional prey in the wild. They would stalk slower preys that are easier for them to chase which are kids, women, and the elderly.