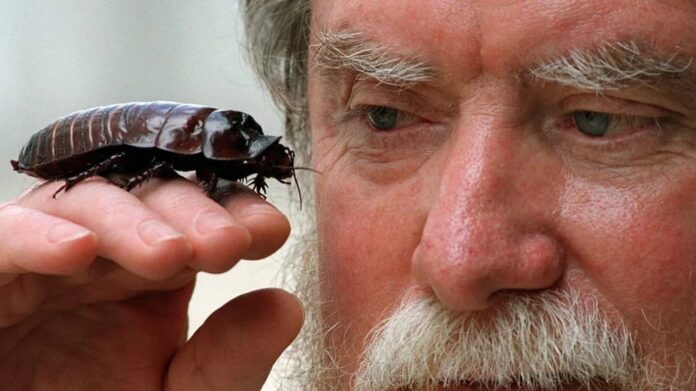 Of all common insects that we know, cockroaches are one insects we hate the most. Let alone knowing that largest cockroach species exist, this is one disgusting yet interesting topic to discuss. Well you see, cockroaches are almost everywhere in the globe; and we cannot avoid them. There are thousands of cockroach species throughout the world, but we carefully pick just the largest ones for you today. The good thing is that those large cockroaches have no interest in moving in your house and creeping you out at all. Let’s find out with us below and let us know which one you think is the most fascinating.

The name sounds scary, but death’s head cockroaches do not harm humans. They earned the name due to the skull-shaped marking on the back of their dorsal plates. When frightened, these cockroaches give off a mild odor but the effect is generally brief. This species has wings but they can only glide in short distances while their juveniles have no wings at all. The funny part is that death’s head cockroaches cannot climb smooth vertical surfaces like glass. They can grow as long as 7.5 centimeters, and their large appetites makes them a lot of things including faecal matter or wood.

The name giant also suggests you the size of this cockroach species, and yes they are huge. Also known as Rhinoceros Cockroach, giant burrowing cockroach is also the heaviest cockroach species as well. The thing is that they can grow as long as 8 centimeters, and this species can live for up to 10 years. The unique part is that rhinoceros cockroaches don’t have wings, and they are not considered as pests at all.

As a matter of fact, giant burrowing cockroaches play a vital part in the ecosystem. They consume dead leaves and eucalyptus in particular, and they recycle other matter. On top of that, their middle name tells us about their home. These cockroaches are generally solitary, and they live in permanent burrows. Somehow looks scary, but they don’t do us any harm at all.

Native to the island of Madagascar, the Hisser is one of the largest cockroach species on earth. At maturity, they can grow as long as 7.6 centimeters or even longer. Madagascar Hissing Cockroaches have no wings, and they have a single pair of antennae. As for the males, they sport large horns which give them an unusual and impressive appearance. They use those horns in aggressive encounters evocative of battles between horned or antlered mammals.

Yes, we can go to the hissing part now. When they win the battles, winners hiss more than losers which help determine a roach hierarchy. Hissing is also a part of their mating ritual as well as an effective alarm cry. Just like rhinoceros cockroaches, this species is also not a pest because they don’t inhabit human dwellings at all. You can find them on forest floors where they hide amidst leaf litter, logs, and other detritus.

If you think the cockroaches you normally see are big and gross, you might want to think again. Here are talking about the world’s largest cockroach: Megaloblatta Longipennis, and there is no simpler name than this. This species can grow as long as 7.5 centimeters, and they can have a wingspan up to 20 centimeters. This is definitely not the flying cockroach that you want to experience seeing. As for their habitat, these big boys live in Central and South America especially in Ecuador, Peru, and Panama.

7 Dangerous Sea Snakes To Stay Away From