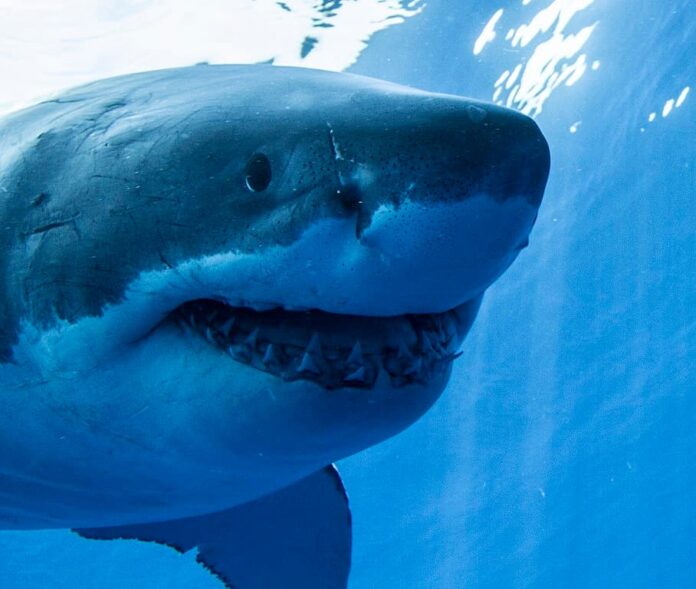 Imagine you are swimming in the sea, and then you start to feel that the water is getting cold. The thoughts of the dangerous sharks will be one of the first things that come into your mind. There are many deadly sharks out there roaming the seawater, but what are the most dangerous ones? You are going to know what they are, so let’s take a look at the list of the most dangerous sharks below.

This is one of the most dangerous sharks because they sometimes swim on the water’s surface instead of deep underwater. On some occasions, a blacktip shark leaps above the surface and rotates several times before dropping back into the water. That might give the imagination of a whale, and it actually looks similar. This unique “performance” is a part of their feeding method as they feed on schools of bony fish near the water surface.

In case you swim nearby those schools of fish, chances are some parts of you might be part of the crunches. Also, blacktip sharks usually show curiosity toward divers but they make sure to stay at a safe distance. The larger this shark gets, the more dangerous they are because its swimming speed is quite fast. There are unprovoked attacks, but these sharks are still the least dangerous compared to some other species on the list.

A shark that can swim in both freshwater and saltwater to hunt is one dangerous shark to watch out for. Along with that, bull sharks can swim thousands of miles upriver and hunt baby hippos. Thanks to their super strong bite which is among the strongest among sharks, one bite can be very deadly. Because their jaws are so strong, bull sharks are not picky eaters so they would eat anything they can chomp on. Plus with the fact that blend very well into murky water because of their coloration, surprise attacks are very common. With everything combined together, we have a good reason to fear this fearsome marine predator. Not to mention that bull sharks are among the 3 shark species that attack humans often, they are dangerous.

Here you are looking at the most dangerous sharks in the world with the most attacks on humans. Even though those attacks are more like a “sample bite”, those unprovoked bite incidents make them man-eaters. As the largest predatory fish in the world, this killing machine is massive in size with 300 serrated triangular teeth. Their rows of teeth allow them to feed on various prey such as fish, rays, sea lions, seals, and other small whales.

Apart from the teeth, the great white sharks have an excellent sense of smell. This is why they detect blood and other prey from up to 2 miles away. More than that, these dangerous sharks like to position themselves underneath their prey before swimming up and feasting. These sharks are at the top of the food chain, so illegal hunting by humans is their main threat. In fact, great white sharks are vulnerable species on the IUCN Red List at present.

Such a nice name for one of the most dangerous sharks and powerful predators in the ocean. To humans, these sharks are actually not prone to biting unless provoked or threatened. So far, there have been only 22 reports of human bites with zero fatalities. However, they are among the most dangerous sharks because divers like to swim near them due to their non-aggressive nature. Lemon sharks are gentle, and they tend to avoid conflict but one wrong move or touch, then chomp!

There are only 2 species of mako sharks, and the shortfin mako shark is the fastest. As a matter of fact, shortfin mako sharks are the fastest shark that can swim at the speed of 45mph. In addition to the speed, these dangerous sharks are also able to leap to extreme heights out of water when hunting. Since these are the cousins of the great white, their size is also relatively large. Plus with the fact that they are apex predators, their menu consists of many things to feast on.

Their most favorite food are billfish and tuna, but they also hunt blue sharks, dolphins, porpoises, sea turtles, and more. Do they like eating humans? Not really, but they do attack with human provocation. The attacks are usually fatal because of their sharp teeth and size, but they are not interested in our meat. The most common attacks are on fishermen which is the perfect reason because we would do the same if someone hooks us.

An aggressive predator like tiger sharks has to be on the list of the most dangerous sharks to be aware of. Other gifts that they receive are their jaws and teeth with notch tips that point sideways. Those teeth help them to grasp their meal tightly despite the movement that the victims struggle to make. At the same time, those teeth can shear and tear even the thickest hides which expands the food courses on their menu.

Because of their size as the fourth largest sharks on Earth, these predators feed on anything. From birds and venomous snakes to other sharks and garbage, tiger sharks eat them all. Not picky eaters, are they? Even more bizarre, they give birth to massive litters that grow up to be murderers of the sea. Each female tiger sharks give birth to at least 10 pups while some can do up to 80 at once. With the nickname man-eaters, their attacks are second to only the great white sharks.

All oceanic whitetip sharks are aggressive and dangerous, but the white-pawed is the boldest among them all. While most sharks are excellent swimmers, white-pawed oceanic whitetip sharks stay on the slower side. However, these sharks are capable of producing short bursts of incredible speed if they need to. These opportunistic predators are large, and they have a reputation for feeding on shipwreck survivors. The perfect example was in 1945 when a warship was torpedoed, and a group of these sharks attacked and killed 800 soldiers. In the very same year, there was another attack when a steamship sunk which took more than 1,000 lives. Although that happened in the old days, it is better to be aware of what they are capable of doing.